All counties qualify for drought assistance as conditions improve 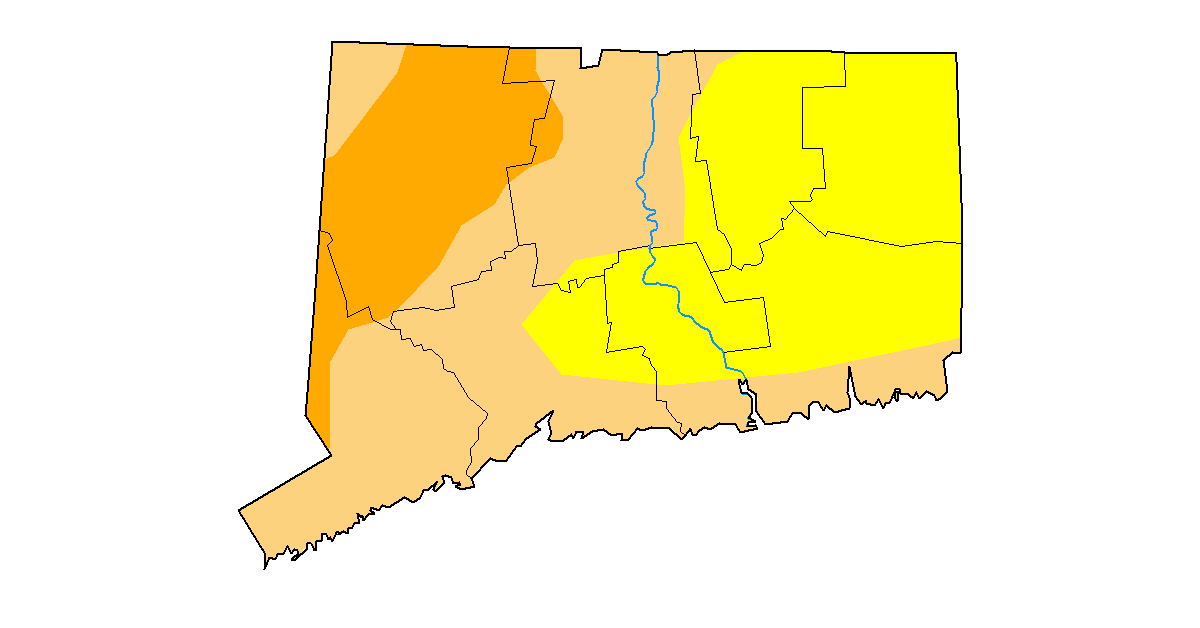 Farmers in all eight of Connecticut’s counties are eligible to receive federal funding to assist with losses due to this summer’s drought conditions.

Gov. Lamont made the announcement just one day before announcing that drought conditions in New London and Windham counties had been downgraded from Stage 3 to Stage 2. According to the U.S. Drought Monitor from the University of Nebraska-Lincoln, Litchfield County, as well as portions of Hartford and Fairfield counties, remain under ”Severe Drought.”

The rest of the state’s counties have been lowered to “Moderate Drought” or “Abnormally Dry” thanks to a string of rain showers in recent weeks. This is a marked improvement from the map just six weeks ago, which had nearly every county under “Extreme Drought.”

“While recent rainfall over the past couple of weeks have brought some relief to Connecticut, particularly in New London and Windham counties, we are still seeing precipitation levels that remain slightly below normal,” Governor Lamont said in a statement. “As we enter fall, conditions are looking better than they were this summer, but we still urge everyone to be mindful of their water usage. I am hopeful that in the coming weeks our precipitation levels will be back to normal.”

Lamont requested that Litchfield and New Haven counties receive a primary disaster designation on September 12th to the US Department of Agriculture. This followed previous declarations for the state’s other counties.

Farmers throughout the state are able to be considered for assistance from the Farm Service Agency (FSA). That assistance includes emergency loans and farmers have eight months to apply. You can locate your nearest FSA office here.

An Emmy and AP award-winning journalist, Tricia has spent more than a decade working in digital and broadcast media. She has covered everything from government corruption to science and space to entertainment and is always looking for new and interesting stories to tell. She believes in the power of journalism to affect change and to change minds and wants to hear from you about the stories you think about being overlooked.
Email Author
More by Author
Twitter
ProtonMail
«Previous Post
Connecticut leads in per student spending, according to Census Bureau»Next Post
Lamont praises Biden administration marijuana reform