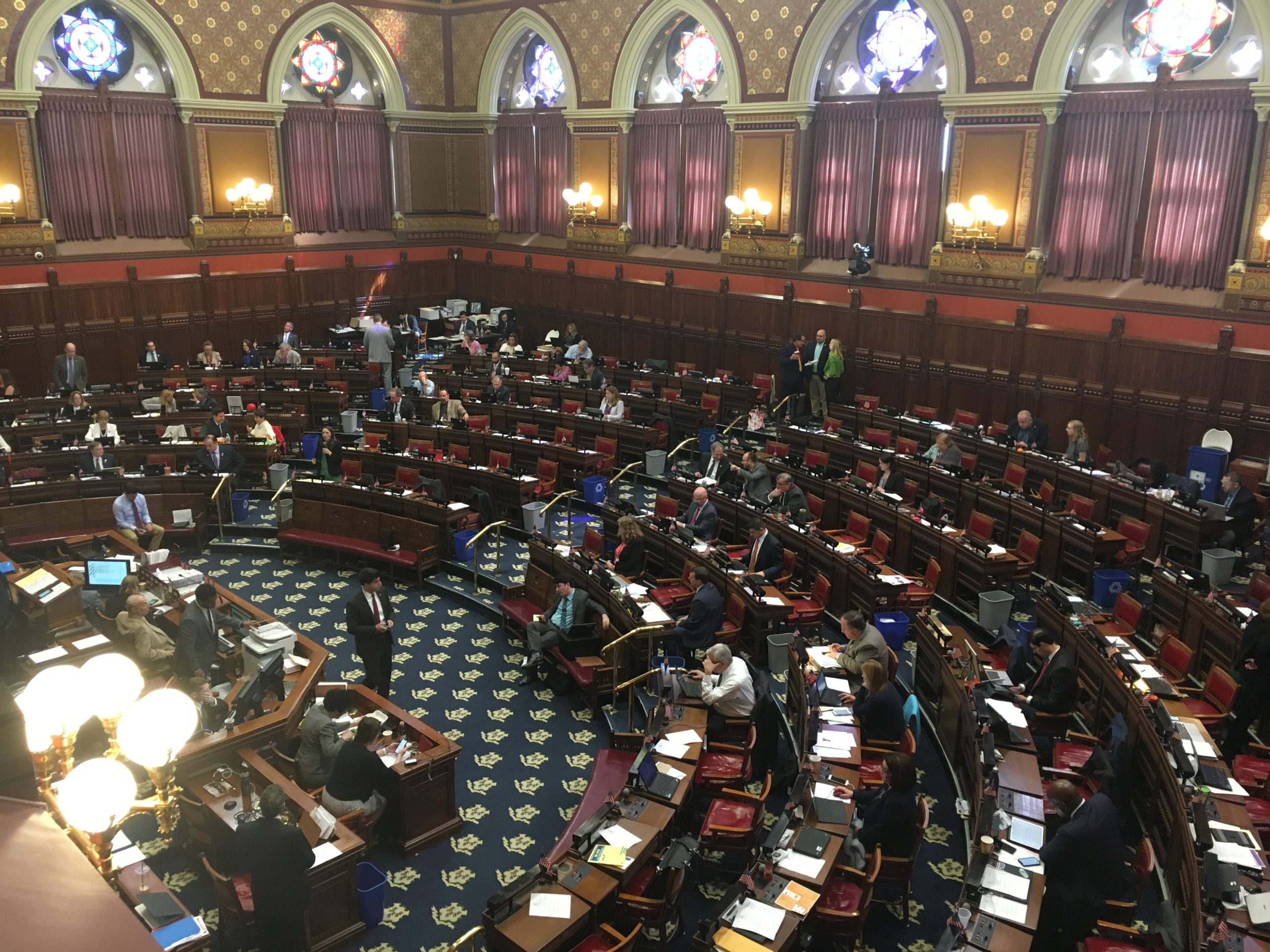 Lawmakers in the House of Representatives today approved the $1.86 billion agreement between Gov. Ned Lamont and the State Employees Bargaining Agent Coalition (SEBAC) to give bonuses and raises to 46,000 state employees.

Operating under a self-imposed 3-hour debate limit, the agreement was passed largely along party lines with a 96-52 margin.

According to the agreement, employees would receive $2,500 bonuses prior to July of 2022 and an additional $1,000 if they stay on past that date. State workers would also receive three years of 2.5 percent general wage increases along with step increases that roughly equal 2 percent.

Arguing for the agreement, Rep. Michael D’Agostino, D-Hamden, said the SEBAC agreement was a better deal than if Connecticut had gone into arbitration to settle the contract and that private sector wages have also increased, along with inflation.

“The State of Connecticut is in the best financial condition that I can recall being up here ten years, we just heard about a $4 billion budget surplus just yesterday,” D’Agostino said. “Private sector pay has increased, it’s gone up about 5.1 percent in the last year, for rank-and-file workers it’s gone up about 6.7 percent. Unfortunately, those increases in the private sector have not kept up with inflation.”

“We’re hemorrhaging workers right now. We’re losing them en masse to the private sector,” D’Agostino said. “We have to recognize why this deal is appropriate for the time we’re in.”

D’Agostino addressed criticism of the bonuses, coming before an anticipated retirement surge prior to July of this year, saying the bonuses “stabilized the retirement wave” and were one-time payments that helped avert arbitration, which could have bound the state to a more costly agreement.

“This is a retention package,” D’Agostino said. “If we went to arbitration, folks, we’d be looking at a three, three and half percent increase minimum.”

Republicans argued against passage, citing costs, Connecticut’s tax burden and the state’s unfunded pension debt voicing concerns about the increased cost of government down the road.

“We just don’t have money for it,” said Rep. Tom O’Dea, R-New Canaan, noting that Connecticut has fewer private sector jobs now than in 2008. “Deserve has nothing to with it. Of course, our public sector unions deserve this money, deserve this raise but we can’t afford it because at the end of the day we’re over-taxed. There’s no dispute in this building, we’re over-taxed.”

Rep. Laura Devlin, R-Fairfield, agreed that state workers are valuable assets and should be compensated fairly, but that it is ultimately unfair for the rest of the taxpayers and businesses in the state who also worked and faced difficulties throughout the COVID pandemic.

“We talk a lot about fairness and equity in this chamber and I’m not seeing how this agreement considers any fairness – I understand it’s for our workers – but for the other 1.5 million taxpayers who will be footing the bill,” Devlin said. “This bill was billed as a retention effort, but we’ve heard through conversations, with bonuses going to retirees, it’s nothing more than a handout.”

The agreement will likely be voted on in the Senate tomorrow and is expected to pass.

Marc worked as an investigative reporter for Yankee Institute and was a 2014 Robert Novak Journalism Fellow. He previously worked in the field of mental health is the author of several books and novels, along with numerous freelance reporting jobs and publications. Marc has a Master of Fine Arts degree from Western Connecticut State University.
Email Author
More by Author
Twitter
ProtonMail
«Previous Post
Republicans call for more tax cuts, Democrats say not possible»Next Post
Data privacy bill passes Senate in unanimous vote