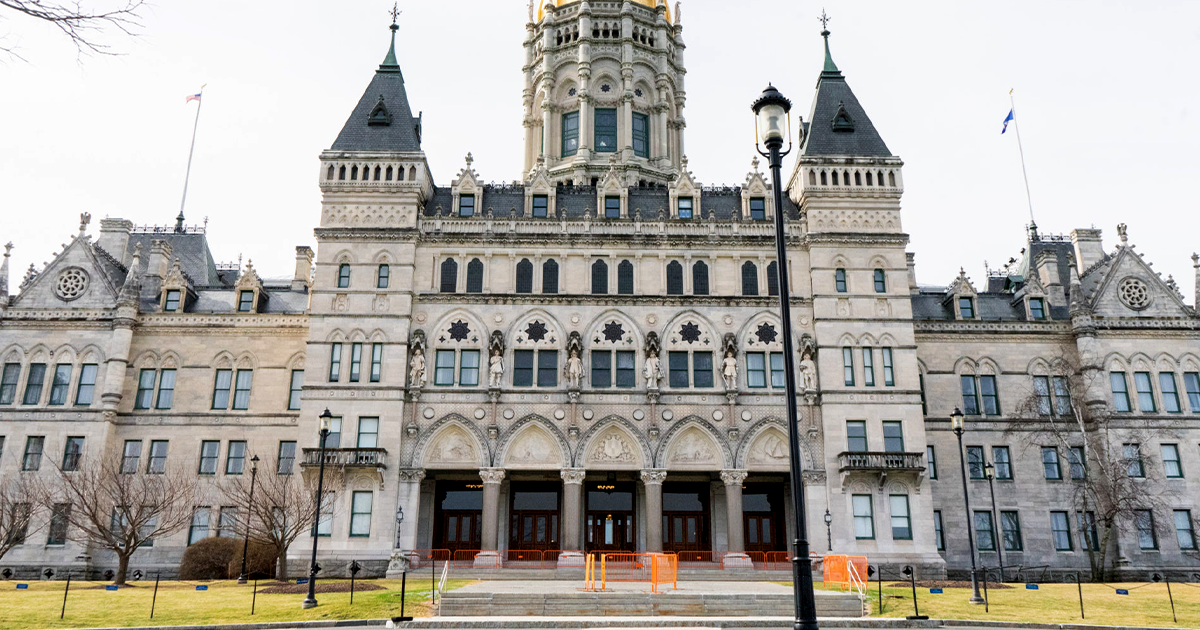 Gov. Ned Lamont announced the state has chosen a contractor to review state contracts and “determine whether women and minority-owned businesses are underutilized in state contracting compared to the actual impact and role of small and minority businesses (SBE/MBEs) in Connecticut’s economy,” according to the governor’s press release.

The contract, valued at $899,830, was awarded through a competitive bidding process to Griffin & Strong PC, a firm that specializes in disparity studies and diversity consulting, according to the firm’s website.

“Ensuring equitable outcomes is paramount to my administration’s work, whether it be in education, workforce training, economic development, or access to assistance or contracting,” Lamont said in an April 7 press release. “Equity in contracting is more important than ever as we work to recover from the pandemic, and we see an influx of projects with the passage of the federal bipartisan infrastructure package.”

“The study will give the state the data it needs to ensure that Connecticut’s set-aside program provides equitable and fair opportunities for all Connecticut-based small and minority-owned businesses that want to participate in state contracting,” said Tanya Hughes, executive director of the Commission on Human Rights and Opportunities (CHRO).

The study was authorized by legislation passed in 2021 to determine whether there is evidence of past or continuing discrimination in awarding of state contracts to small and minority-owned businesses, how many SBE/MBE qualify for state contracts and whether any unintentional barriers exist to contract procurement.

During testimony, proponents noted the state last conducted a disparity study regarding state contracts in 1992 and that the set aside for minority-owned businesses translates to merely 6.25 percent of contract awards.

Colin Dawkins, owner of MCM Acoustics says the state has several times redefined who qualifies as a small contractor, raising the gross revenue cap to qualify as a small business from $10 million in gross revenue per year to $20 million per year in 2020, benefitting larger firms.

“For over 14 years I have been coming to the legislative building to ask for change in the laws and policies in construction for Black and Brown contractors and workers,” Dawkins wrote. “The more we ask for help, the more the policies change in the laws and keep pushing us out of a program Connecticut put in law for Black and Brown people in construction.”

“With all these public projects scheduled to take place in the State of Connecticut this year alone, we need to have the Disparity Study,” Little-Greer wrote. “The correct guidelines need to be implemented along with the RFP to ensure qualified, underutilized minority and disabled contractors can participate in the construction projects that are taking place in our cities and towns.”

Notably, former Deputy Secretary for the Office of Policy and Management Konstantinos Diamantis, who oversaw school constructions grants, testified in support of the bill.

Diamantis resigned from state service under federal investigation into allegations that he improperly pressured local education officials to hire particular contractors, including a woman-owned business that, for a time, employed his daughter.

“A disparity study of this kind hasn’t been done in over 20 years and is long overdue,” Department of Administrative Services Commissioner Michelle Gilman said. “The Department of Administrative Services and the Lamont administration have supported the need for the study from day one, and we look forward to partnering with CHRO and Griffin & Strong to ensure we have the most effective supplier diversity program in the nation.”

There is not yet a date for completion of the study as that will be determined in upcoming meetings, according to the contract.

Marc worked as an investigative reporter for Yankee Institute and was a 2014 Robert Novak Journalism Fellow. He previously worked in the field of mental health is the author of several books and novels, along with numerous freelance reporting jobs and publications. Marc has a Master of Fine Arts degree from Western Connecticut State University.
Email Author
More by Author
Twitter
ProtonMail
«Previous Post
Connecticut aid-in-dying bill voted down in Judiciary Committee»Next Post
Push to ban captive audience meetings in Connecticut gets boost from National Labor Relations Board General Counsel