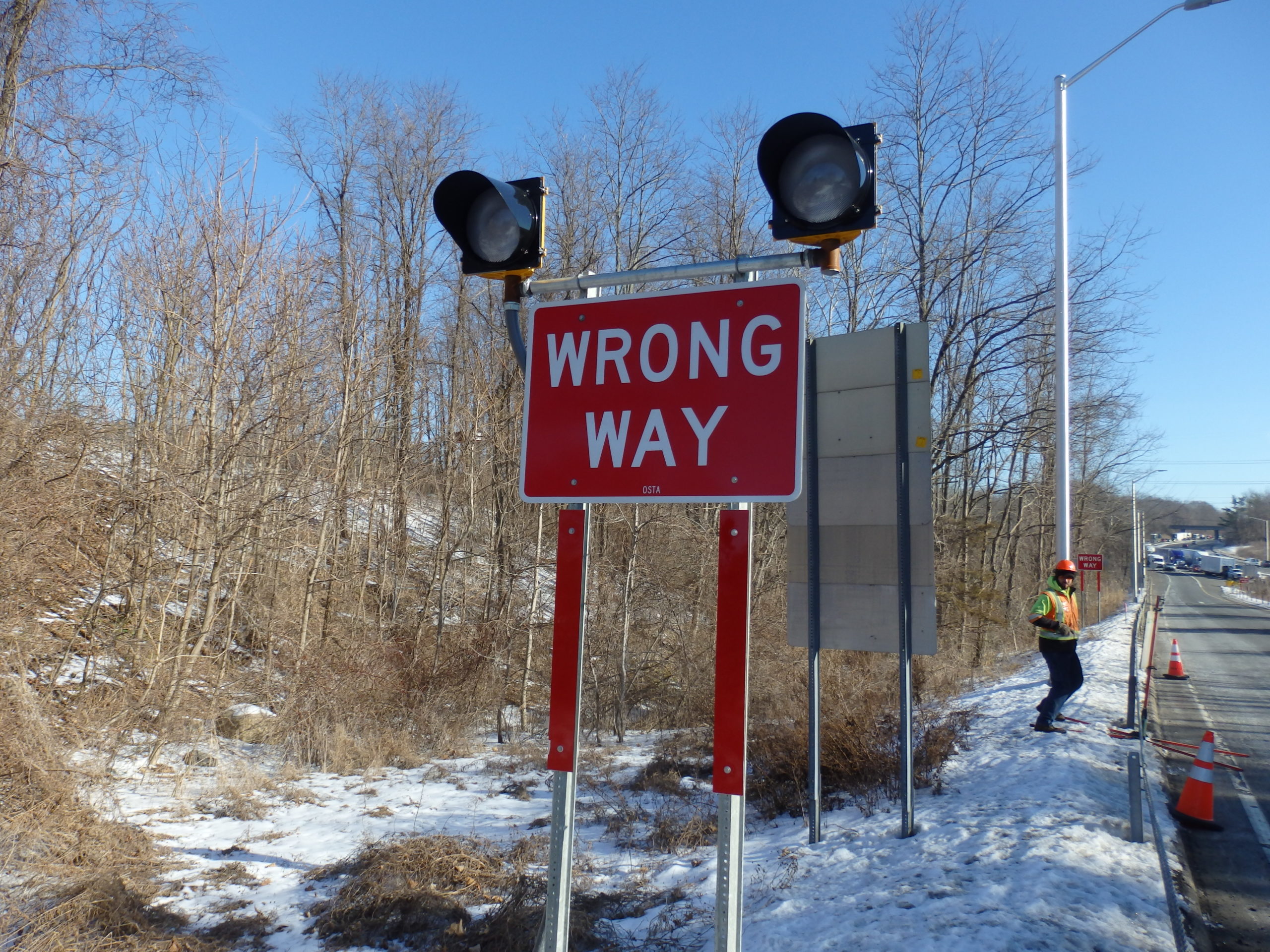 The State Bond Commission on Friday approved a $20 million bond allocation that will allow the Department of Transportation to install “advanced wrong-way driving technology” on several of the state’s roadways.

The commission approved the request, among several others, during their scheduled meeting this morning. Twenty million dollars is the maximum bond allocation allowed under state statutes.

Currently, the DOT is in the process of rolling out a pilot program aimed at curbing wrong-way driving fatalities through the implementation of this technology at 16 exit and entrance ramps to the state’s highways. They are planning to install 360-degree cameras at these locations which will trigger flashing LED-lighted signs to alert drivers when they are entering the highway from the wrong direction. That should get underway early next year.

One location, near Brainard Airport, will also include a program that will alert Connecticut State Police when someone enters the highway on the wrong side.

The $20 million bond approved today would allow the DOT to expand that pilot program past those initial 16 locations, utilizing data they learn from them. The department has identified over 200 high-risk ramps throughout the state.

“You never quite know where people are getting on in the wrong direction. Unfortunately, you just know where they end up crashing,” says Josh Morgan, spokesperson for the DOT. “Since most of these wrong-way crashes end up being fatal, there’s not really much investigation police can do to determine ‘did you get on at this exist and crash 30 seconds later or were you traveling for 20-30 minutes?’”

Morgan says this new equipment will provide much-needed data on which ramps pose the highest risk of wrong-way drivers.

Wrong-way crashes are a primary concern for the DOT, which tracks traffic fatalities in the state. According to the DOT, 2022 is already a record year for wrong-way crashes, with 17 fatal crashes on record by the end of June. According to available data, around 80% of these were due to alcohol consumption well over the legal limit.

Connecticut has the best drivers, according to study

An Emmy and AP award-winning journalist, Tricia has spent more than a decade working in digital and broadcast media. She has covered everything from government corruption to science and space to entertainment and is always looking for new and interesting stories to tell. She believes in the power of journalism to affect change and to change minds and wants to hear from you about the stories you think about being overlooked.
Email Author
More by Author
Twitter
ProtonMail
«Previous Post
Connecticut expands maternal health coverage through HUSKY»Next Post
Some municipalities use town aid grants for municipal projects, spending