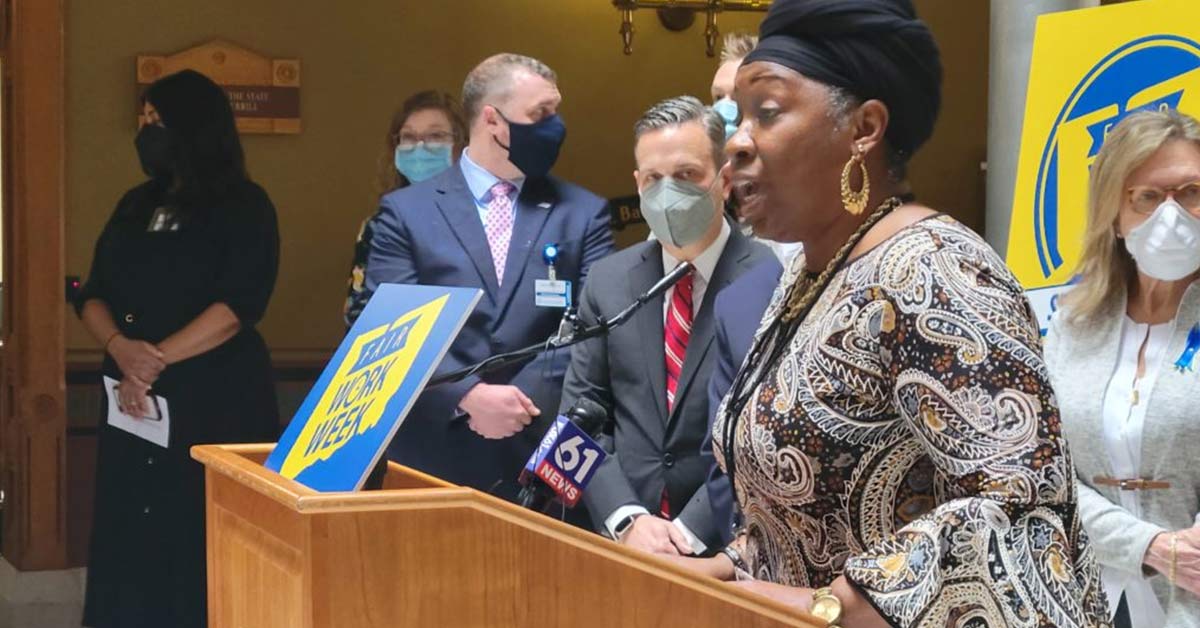 Legislators and activists gathered at the Capitol on Tuesday to advocate for the Fair Work Week Act. The speakers in attendance ranged from Congresspeople and working family advocates to Amazon warehouse and fast-food workers, with all of them stressing the need to pass the bill this legislative session.

The bill would require employers to give an employee at least seven days advanced notice of a change in the worker’s schedule. If the employer fails to do so, then the employer would have to pay the worker half of their regular pay rate for any scheduled hours that the employer cancels or reduces. The bill only applies to businesses that employ at least 500 people.

Additionally, the Fair Work Week Act would authorize relief to former and current employees for violations of the bill and imposes a $200 fine on employers for each employee affected by a violation.

Advocates of the bill stressed the impact the passage of the bill would have on low-wage working families allowing them to be present for their child’s important events and better plan when they would need childcare.

“When we talk about the 250,000 workers this will impact, we also have to talk about how it impacts those children,” Rep. Porter said. “These kids are acting out, they’re reporting sadness, they have behavioral problems and it’s no wonder when they have a parent that doesn’t have the predictability to know when they can show up to school for PTO meetings or when they can just spend some quality time with their children.”

The bill passed the Senate last May in a 20-16 vote in which three Democrats joined the Republicans in opposition. With the legislative session ending on May 4th, the press conference served as a last-minute push to get the bill over the goal line in the House.

“I urge all my colleagues to pass this legislation this year,” Rep. Gary Turco, D-Newington, said. “This is not something that can wait until next year when we have a longer session and it’s not an election year. Workers need this support now, so next week, let’s go.”

A national, award-winning journalist from Bristol, Tom has a passion for writing. Prior to joining CII, he worked in print, television, and as a freelance journalist. He has taken deep dives into sexual assault allegations by Connecticut professors, uncovered issues at state-run prisons, and covered evictions in the New Britain Herald. He chose to focus on issues based in Connecticut because this is his home, and this is where he wants his work to make the greatest impact.
Email Author
More by Author
Twitter
ProtonMail
«Previous Post
SEBAC agreement to cost nearly $1.9 billion, according to Office of Fiscal Analysis»Next Post
State board votes for more oversight over West Haven to get finances back on track