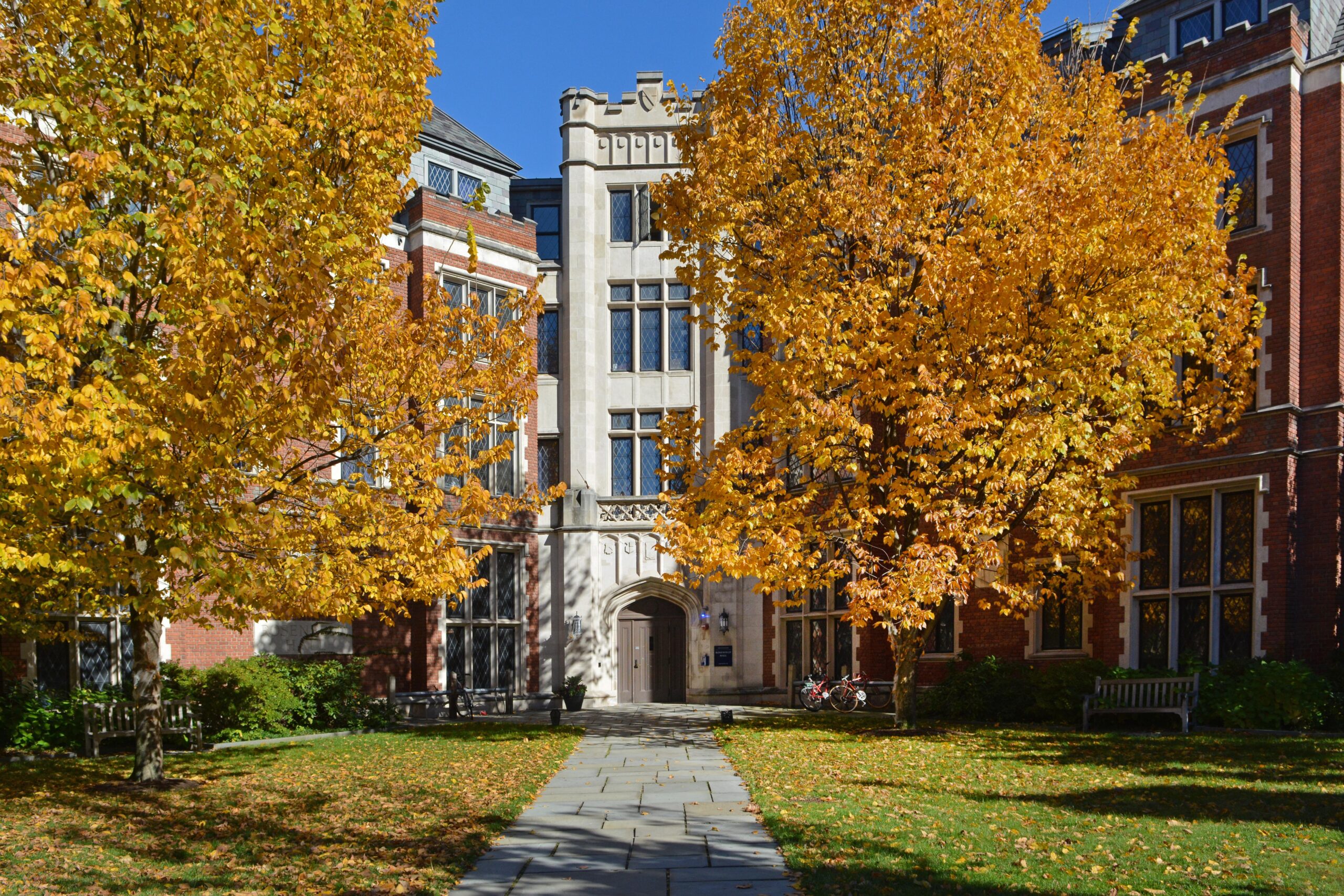 Two Yale alumni have filed suit in Superior Court against Yale University alleging the President and Fellows of Yale College – called the Corporation in court filings – unilaterally ended the ability for alumni to petition for a ballot to be elected to Yale’s governing body and violated the university’s charter established by the Connecticut General Assembly in 1872.

Despite the Yale Corporation’s move to dismiss the lawsuit, Superior Court Judge John Burns Farley has allowed one count of the lawsuit to move forward, according to a decision issued on December 15, 2022.

Plaintiffs Victor H. Ashe, who has served as an ambassador to Poland as well as a state legislator and mayor in Tennessee, and Donald G. Glascoff, Jr., retired chair and co-partner of one of Wall Street’s oldest firms, filed the lawsuit alleging that Yale’s governing body “is engaging in the most obvious form of voter suppression and denial of rights of free expression of opinion,” according to the court complaint.

The President and Fellows of Yale consists of 19 trustees, six of whom are alumni trustees elected by Yale alumni. The corporation also includes the Connecticut governor and lieutenant governor as ex officio members. The Connecticut General Assembly in 1872, established that six trustee seats should be held by alumni who were voted on by eligible alumni.

Since 1929, Yale has had two paths by which alumni could be nominated and receive a vote for the alumni trustee position – nomination by a committee consisting of Yale Alumni Association board members and officials, or by petitioning for and receiving at least 4,397 Yale alumni signatures.

Ashe petitioned for and received over 7,000 signatures to get on the ballot for an alumni trustee position in 2021, campaigning to make Yale more transparent and highlighting that Corporation meeting minutes are embargoed for 50 years. Ashe eventually lost out to David A. Thomas President of Morehouse College in Atlanta, who was nominated by the committee.

Reached for comment, Ashe says he has no problem with losing the election. His concern in filing this lawsuit is the elimination of the petition process and creating a secretive, insular process limited only to insiders.

“If you went to vote for governor for Connecticut or U.S. senator and your choice was not the Democrat or Republican candidate but three people chosen by the Chamber of Commerce, I think you’d be upset,” Ashe said. “Basically, they’ve created a structure for the Corporation to insulate itself from alumni participation they might find inconvenient or pesky or asking probing questions.”

In announcing the end of the petition process in May of 2021, the Corporation issued a memo saying they were concerned petition candidates were being funded by outside entities and attempting to gain trustee positions in service to special interests, according to the memo included in the court complaint.

“There is also concern that those who come to the board having won an election based on a particular platform, aimed at a specific constituency, and backed by organized campaign machinery, will feel obligated to advocate for special interests in the boardroom,” the memo says. “Trustees who arrive with these commitments will be challenged to do the work of a fiduciary – to represent all of Yale’s constituencies, to be open to changing one’s mind, and to participate in the deliberative process that yields the best decisions, in the service of all of Yale.”

The petition process has been used rarely, according to court documents, with the most recent successful petition candidate being William Horowitz in 1965, the first Jewish person to gain a seat on the Corporation, aside from Connecticut Governor Abraham Ribicoff who held an ex officio seat per the university’s charter.

Ashe was supported in his campaign by the William F. Buckley, Jr. Program at Yale, as were two previous petitioners in 2018 and 2019 who failed to get the necessary signatures. The Buckley Program at Yale, which began in 2010 with the mission to “promote intellectual diversity at Yale University,” and “expand political discourse on campus and expose students to often un-voiced views,” according to their mission statement.

The Buckley Program at Yale includes in its board of directors, among others, former Connecticut State Representative Gail Lavielle, who graduated in 1981, and says she had thrown her hat in the ring to petition for nomination just before the Yale Corporation ended the petition process.

“I was going to be the candidate to run last time,” Lavielle said. “We have to register a year in advance for this and I had been registered about two months. We had all the communications set up, we had a website, a mailing, all sorts of things, and the mailing went out. And the day the letter for signatures landed on the table was the day the decision was released.”

“The timing was just terrible,” Lavielle said, noting that signatures for her petition were already being returned when the decision came down. “One second it was on and the next second it was off. It was horrible.”

Yale moved to dismiss the lawsuit, arguing Ashe and Glascoff “seek to wrest control of the process through which Yale’s governing body is chosen,” according to their motion to dismiss, and said the change was made “To curb the overt politicization of the alumni trustee election process.”

They also argued that neither Yale’s charter nor Connecticut legislation “contains no express or implied private right of action.”

Judge Farley concurred with Yale on two counts in his December 15, 2022, decision, dismissing the first count alleging Yale violated its own charter and the second count that Yale breached a contract through violation of its Charter.

Farley allowed the third count to move forward, however, which alleges breach of contract under the 1872 amendment by the Connecticut General Assembly. “By instituting the Candidate Restrictions and terminating the Petition Process, Yale has breached the Charter with respect to the rights granted to Yale alumni in the 1872 amendment,” the third count of the complaint says.

“I think the whole thing is unfortunate,” Ashe said. “I don’t get any pleasure out of suing an institution I got a degree from and love being at, but the joke on campus is ‘what’s more secret than a secret society at Yale? Answer: Yale Corporation.’”

Connecticut to receive $20k from settlement with Carmax

Marc worked as an investigative reporter for Yankee Institute and was a 2014 Robert Novak Journalism Fellow. He previously worked in the field of mental health is the author of several books and novels, along with numerous freelance reporting jobs and publications. Marc has a Master of Fine Arts degree from Western Connecticut State University.
Email Author
More by Author
Twitter
ProtonMail
«Previous Post
Witch trial exoneration introduced in House»Next Post
Attorney General Tong joins coalition in support of NY gun laws