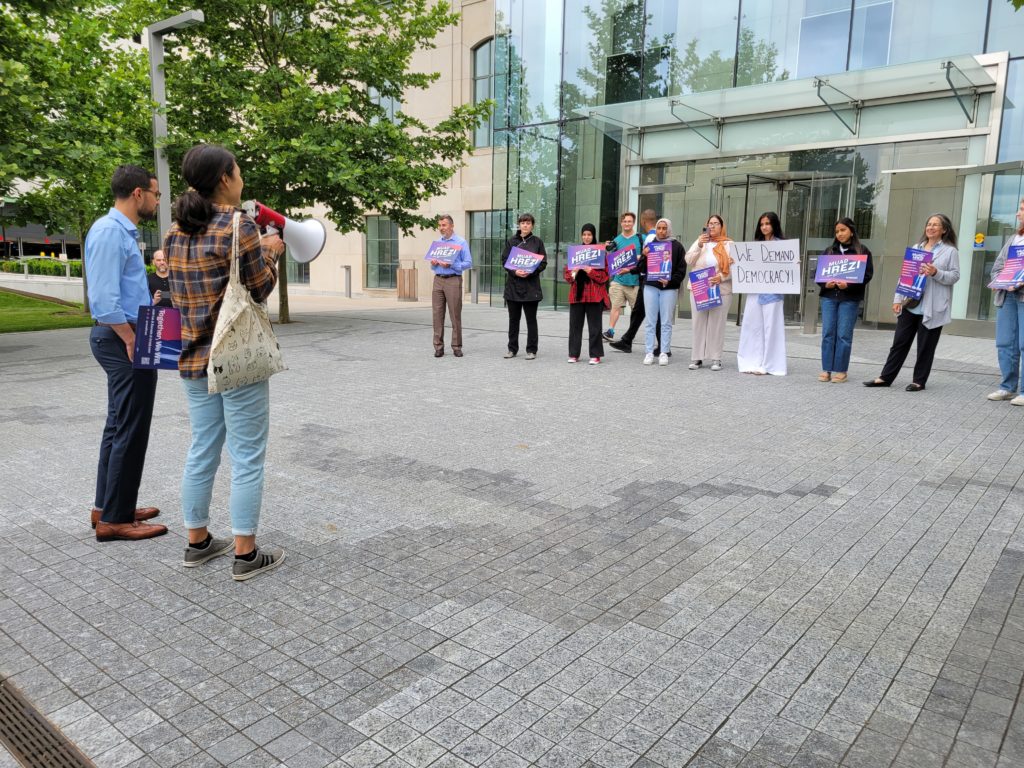 A recently dismissed lawsuit challenging Connecticut’s ballot access laws as unconstitutionally burdensome has been appealed up to the U.S. Second Circut Court of Appeals.

The appeal brief, which was filed last week, claims the court erred in its original ruling and the court made “certain assumptions to determine the difficulty of meeting the [signature] requirements”. Additionally, the brief states that the court ultimately failed to view the evidence in the light most favorable to the party it was ruling against, as is required when a case is decided by a summary judgment.

The lawsuit, filed against Gov. Ned Lamont, Secretary of State Denise Merrill and the Democratic State Central Committee (DSCC), claims that the state’s ballot access laws violate the plaintiffs’ First and Fourteenth Amendment rights. The lead plaintiff in the case, Andy Gottlieb, attempted to petition his way onto the ballot for a state senate seat but came up just 32 signatures short.

In support of his claim, Gottlieb researched and authored a report that found that Connecticut’s ballot access laws are among the strictest in the nation.

Alex Taubes, the attorney handling the appeal, said that they are willing to take the appeal all the way up to the Supreme Court of the United States, despite his reservations.

The appeal was filed just days before Muad Hrezi, a progressive candidate who was seeking to challenge incumbent U.S. Representative John Larson, filed for an injunction in the Superior Court of Hartford, seeking to restrain the defendants from applying requirements that would disqualify Hrezi from appearing on the ballot.

Hrezi’s complaint alleges that, though the office of Secretary of State Merrill was legally obligated to provide Hrezi’s campaign with the proper petitioning paperwork on April 26th, 2022, they failed to do so until two days later on April 28th at 3:00 p.m.

The complaint also makes the same case as Gottlieb’s lawsuit, that Connecticut’s ballot access laws are severely burdensome to candidates and voters.

“His case really shows the stark fact about Connecticut’s ballot access laws, which is that what Muad is trying to do has never happened in Connecticut, in any district,” Taubes, who is also representing Hrezi in his complaint, said. “No one has ever taken on the incumbent U.S. House member and gotten onto the ballot even.”

Hrezi attempted to petition his way onto the primary ballot and his campaign gathered approximately 4,900 signatures of registered Democrats to meet the 3,833 signature requirement.

However, after Hrezi’s campaign submitted the signatures, hundreds of them were deemed invalid by town registrars and Hrezi ended up being shy of about 300 signatures of the 3,833 signature threshold, according to the complaint.

“We were delayed our petition forms two days by the Secretary of State, there’s no excuse for that in my opinion,” Hrezi said at a rally outside of the offices of Secretary of State Merrill and state Attorney General William Tong on Thursday.

Additionally, the complaint states that COVID-19 negatively impacted Hrezi’s signature collection efforts. According to the complaint, at least three of Hrezi’s volunteers were sidelined after contracting COVID-19 and several others lost petitioning time due to being exposed to individuals who had been infected.

COVID-19 further hampered Hrezi’s campaign, according to the complaint, due to the public being less likely to engage with Hrezi and his volunteers due to concerns of potentially catching COVID-19 from talking to Hrezi’s campaigners or using the same pen as others.

“I believe these rules to be unconstitutional, these ballot access laws, so we’re just trying to highlight that for the Attorney General [Tong] for when he goes to court with us on Friday,” Hrezi said. “We’re aware that these [laws] are unconstitutional, we would hope that a progressive AG wouldn’t defend unconstitutional laws.”

A national, award-winning journalist from Bristol, Tom has a passion for writing. Prior to joining CII, he worked in print, television, and as a freelance journalist. He has taken deep dives into sexual assault allegations by Connecticut professors, uncovered issues at state-run prisons, and covered evictions in the New Britain Herald. He chose to focus on issues based in Connecticut because this is his home, and this is where he wants his work to make the greatest impact.
Email Author
More by Author
Twitter
ProtonMail
«Previous Post
Inflation, recession, international tensions top CEO concerns, according to survey»Next Post
Capital Community College launches Bridge to Morehouse program, receives $10,000 donation