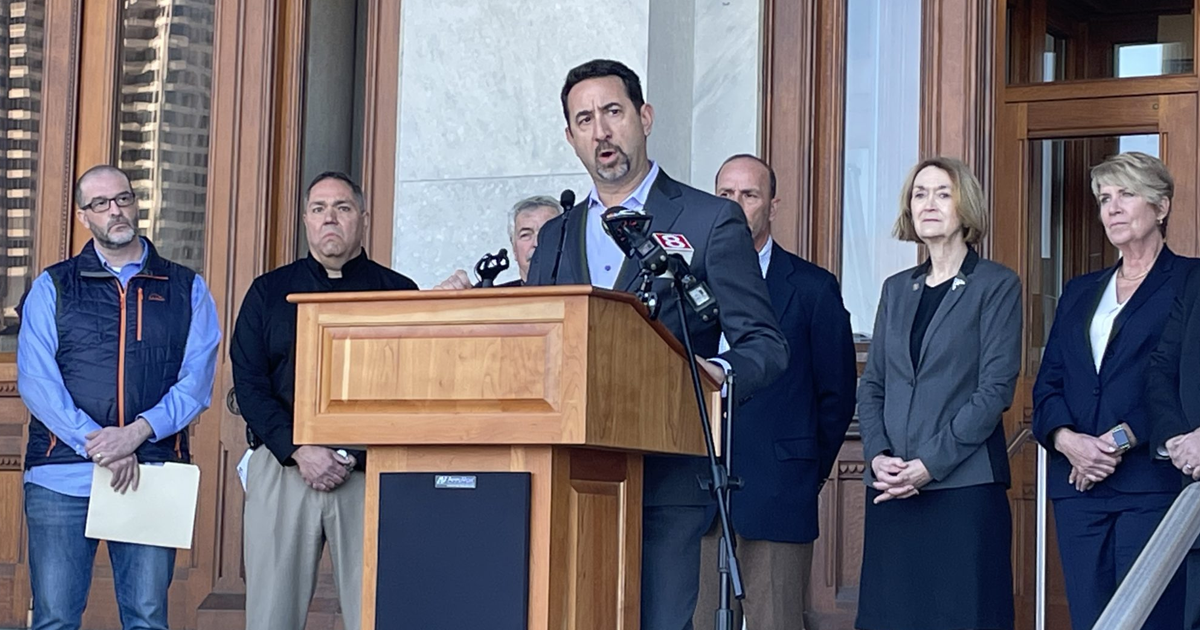 The Connecticut Business and Industry Association (CBIA) offered mixed reviews for the past legislative session, praising the temporary reduction of some taxes and paying down Connecticut’s retirement debt, but stressed that more could have been done for Connecticut businesses.

“Businesses still have much to be concerned about these days,” said Eric Gjede, CBIA’s vice president of legislative affairs during CBIA’s 2022 Tax Updates: The Impact on Your Business.

Gjede said Connecticut businesses have deep concerns over a shortage of workers, inflation and the state’s taxes and that “these concerns are directly impacted by the state’s tax policy.”

However, Connecticut’s largest business organization said they were grateful that policymakers resisted calls to bypass spending and revenue caps, expanded tax credits for some businesses and paid down some of the unemployment funds Connecticut borrowed from the federal government.

“We’re grateful that so many policymakers on both sides of the aisle recognize that and resisted proposals that would have undermined our economic recovery,” Gjede said. “There are numerous reasons to optimistic about the state’s future based on the actions the legislature took over the last three and a half months.”

The presentation by CBIA, which went deep into tax policies that apply to businesses in Connecticut, Massachusetts and New York, comes after the business organization faced a daunting number of policy proposals early in the legislative session that they say would have harmed businesses and hindered economic growth.

According to the business group, the Labor Committee has approved 75 “costly workplace mandates” over the last six years.

And while those mandates were passed out of committee, not all of them came to a vote by the General Assembly.

According to the Office of Legislative Research, 15 business mandates were passed by the General Assembly, between 2016 and 2021. Some of those policies likely had no cost associated with them – such as outlawing discrimination based on hair style – others, like raising the minimum wage, did add costs to businesses.

The OLR report, however, did not include tax changes, such as reducing the tax credit for pass-through entities and continuing the corporate surcharge tax, which was supposed to sunset many years ago.

This past session, the General Assembly approved a bill restricting business owners from holding mandated meetings with employees regarding politics or unionization efforts. CBIA opposed the measure, which had been raised numerous times, and ultimately labeled it a “gag order” on businesses that violated the National Labor Relations Act.

Business leaders were also joined by Republican lawmakers at the Capitol in April, calling upon the legislature to fully pay back the unemployment funds Connecticut borrowed from the federal government during the COVID-19 pandemic. The borrowed funds will eventually be paid back through an increased unemployment insurance tax on businesses.

Panelist, Robert Ozmun of PwC, said states like North Carolina and Indiana are driving a national race to the bottom regarding corporate taxes to attract businesses and encourage economic growth.

“The Northeast has a good opportunity to invest in and it’s definitely improved from where it was ten years ago,” said Ozmun. “But, if you look at the other states around the country, those states are not standing still.”

“We still have challenges ahead, but smarter state policy and tax hike avoidance made people start to think again about Connecticut as a place to grow their businesses,” Gjede said.

Marc worked as an investigative reporter for Yankee Institute and was a 2014 Robert Novak Journalism Fellow. He previously worked in the field of mental health is the author of several books and novels, along with numerous freelance reporting jobs and publications. Marc has a Master of Fine Arts degree from Western Connecticut State University.
Email Author
More by Author
Twitter
ProtonMail
«Previous Post
Application for restraining order against Rep. Liz Linehan dismissed»Next Post
Want to Sue the State? Get in Line.