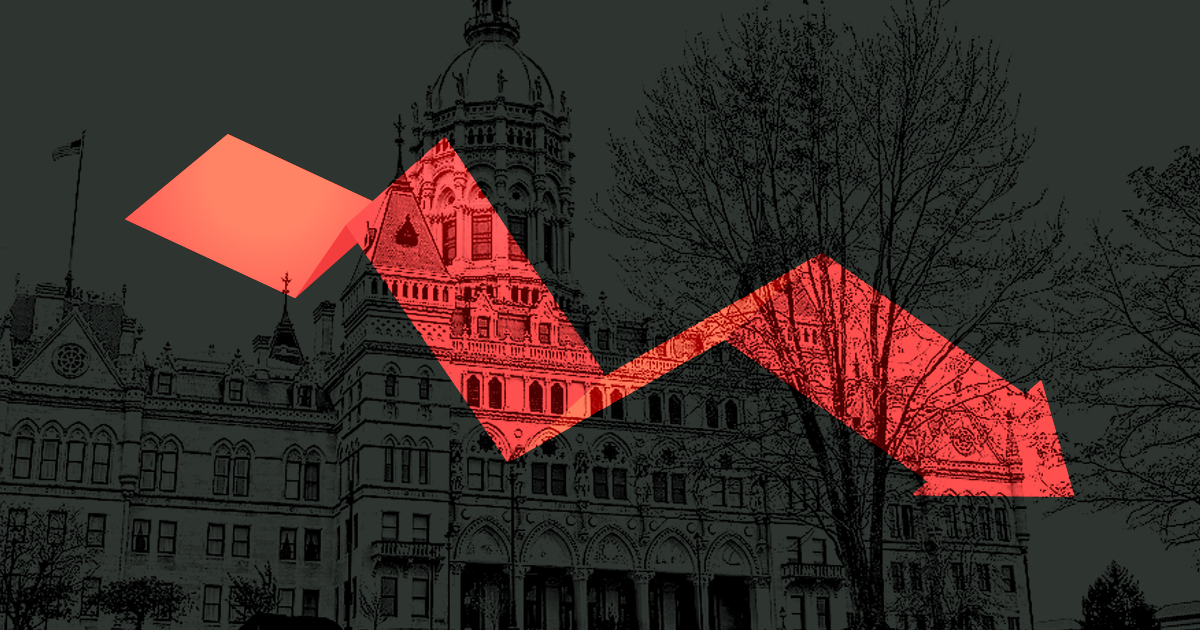 According to newly released numbers from the Connecticut State Treasurer’s Office, which only account for January through May, Connecticut’s two major pension funds, the State Employees Retirement System (SERS) and the Teachers Retirement System (TRS), have both seen a return of negative 6.7 percent this calendar year.

Connecticut’s pension estimates, including how much debt is owed for its unfunded obligations, is based on an assumption that the state’s investments will return 6.9 percent, but those assumptions can be thrown into turmoil during recessions or when the market dips for long periods of time.

During 2009, as the country experienced a recession, Connecticut saw a pension fund return of negative 18.25 percent, before bouncing back to a 21.15 percent return in 2011.

But failure to meet return benchmarks can result in the state accumulating more debt even as Connecticut has been paying off billions in pension debt through the state’s volatility cap adjustment.

Connecticut’s assumed rate of return for both SERS and TRS have been lowered in recent years from 7.9 percent to 6.9 percent as the state sought get its pension debt under control with more realistic assumptions.

A one percent change in the assumed rate of return can add or subtract billions to Connecticut’s debt. For example, pension fund valuations show that if Connecticut lowered its rate of return to 5.9 percent would add roughly $4.6 billion to the state’s SERS liabilities in the long term.

While the report from the treasurer’s office only extends until the end of May, June saw another dip in the Dow Jones before making a slow climb through July and markets have been performing better since a positive jobs report was released.

Pension fund returns, like any other investment, can be feast or famine, but the annualized rates for fund performance show a better picture, returning 8.1 percent over ten years.