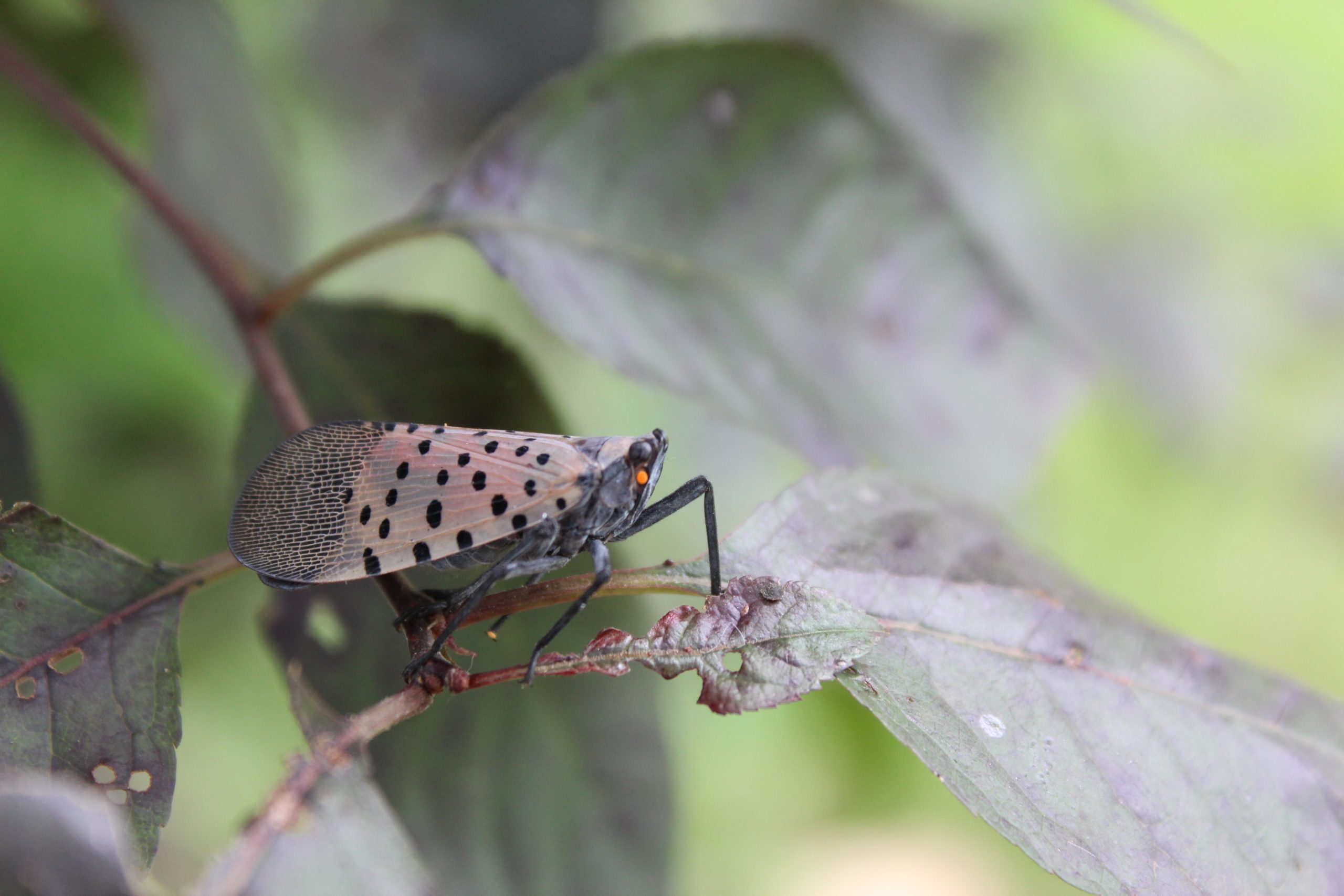 Connecticut has so far been spared the major incursion of spotted lanternfly that has invaded places like nearby Pennsylvania but experts say it’s only a matter of time before they become a major problem for residents and farmers.

According to Dr. Victoria Smith, state entomologist with the Connecticut Agricultural Experiment Station, the invasive pest likely first appeared in the state a few years ago. They’ve so far established populations in Fairfield and New Haven Counties but Dr. Smith believes there are probably more they haven’t discovered yet.

The problem comes from the fact that the lanternflies have taken up residence along highways, interstates, and train tracks and they spread by attaching to cars, trucks, and trains.

The lanternflies pose the greatest threat to certain crops, including many species of trees, hops, apples, and grapes.

“We know from experience in other states that spotted lanternfly can kill an established vineyard in about two years,” explains Dr. Smith.

And crops aren’t the only concern. Dr. Smith calls the lanternfly a “quality of life pest” because of the way they can affect the lives of average residents.

“Where they are present in big numbers they really make a mess,” she says. “The spotted lanternfly is basically a large leaf hopper and leaf hoppers have liquid excrement, so you’re faced with the possibility of the excrement raining down on people, on structures, on cars, on sidewalks, and really making things messy.”

The excrement is also very sweet and attracts bees and wasps and it contributes to the growth of black sooty mold which damages trees and vines.

There are things you can do to help slow the spread of the spotted lanternfly, though Dr. Smith says we won’t be able to stop them from encroaching further into the state. So far, the Experiment Station has set up compliance agreements with several businesses in the affected regions including nurseries and garden companies as well as construction companies and roofers.

If you see a spotted lanternfly out and about, they ask that you take a photo and report the sighting via email, including as much information about the location as you can. Then, Dr. Smith says, “smash it, kill it by any means necessary.”

“We are not going to stop this insect,” says Dr. Smith. “We are trying to slow it down but anything that travels is going to spread the insect, so we like to say that the insect travels at the speed of a truck going down the interstate. It’s going to get here and it’s going to get widespread sooner or later.”

An Emmy and AP award-winning journalist, Tricia has spent more than a decade working in digital and broadcast media. She has covered everything from government corruption to science and space to entertainment and is always looking for new and interesting stories to tell. She believes in the power of journalism to affect change and to change minds and wants to hear from you about the stories you think about being overlooked.
Email Author
More by Author
Twitter
ProtonMail
«Previous Post
Social Equity Council approves 16 new marijuana cultivator licenses»Next Post
Connecticut reverses decade-long growth in pension liabilities