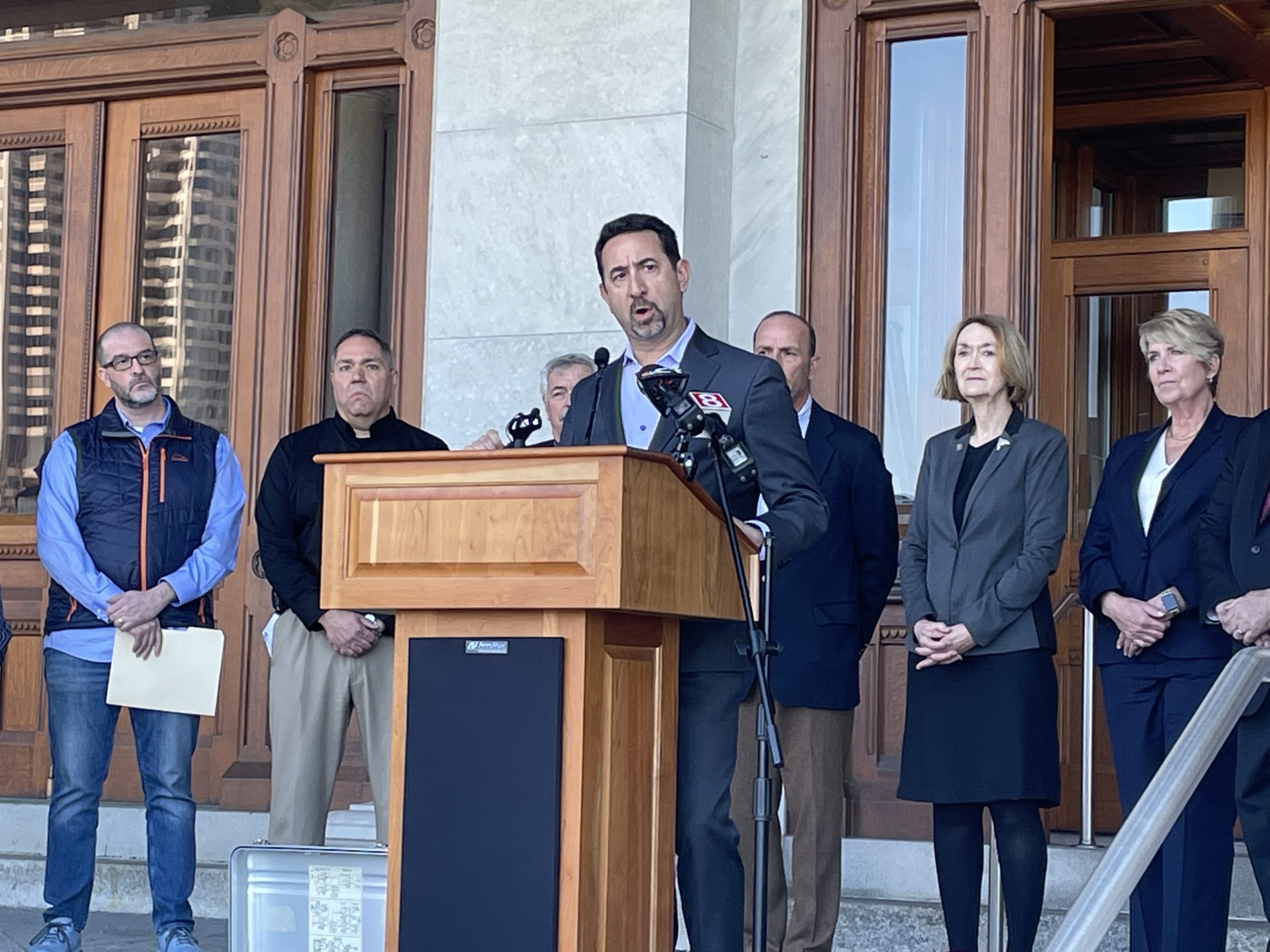 Connecticut’s law passed in 2022 banning “captive audience” meetings between employers and employees is now being challenged in federal court.

The Connecticut Business and Industry Association, the U.S. Chamber of Commerce, the Associated Builders and Contractors, the Associated Builders and Contractors of Connecticut, the National Federation of Independent Business and several other organizations have all joined in filing a federal lawsuit, alleging the captive audience law is unconstitutional.

“The decision to file this lawsuit was not taken lightly,” said CBIA President Chris DiPentima. “We value the working relationships and the open lines of communication with the administration and policymakers. However, we must protect the constitutional rights of employers, particularly small businesses, to manage their workplaces free from government overreach.”

“We are accustomed to defending our members from state government’s assaults on competitive bidding and free enterprise, but the trampling of federal law to stifle speech between employer and employee is a new level of government overreach,” said Chris Fryxell, president of ABC of Connecticut. “Connecticut businesses must be permitted to openly connect with their employees on important issues related to legislation, regulation and unionization so that employees can make informed decisions about their own future and the future of their company. Government intrusion in these basic communications is not just wrong, it is unconstitutional.”

The captive audience law, passed in 2022, bars employers from holding mandatory meetings with employees regarding politics, religion or unionization efforts. The bill was finally passed after nearly a decade of attempts by union leaders in Connecticut to push the bill through.

However, previous attempts to pass the bill were thwarted as business leaders, and former Attorney General George Jepsen, warned it would run afoul of the National Labor Relations Act, which governs employee/employer relations on a national level.

Connecticut Attorney General William Tong, however, issued an opinion that he would defend the law in court and acknowledged the law could face a court challenge. “But we are ever so mindful that enacted legislation carries with it a strong presumption of constitutionality,” Tong wrote.

Employers, by law, are barred from attempting to threaten or coerce employees into not joining a union, but union officials claim employers continue to do so. The issue has come up in recent unionization efforts at Amazon warehouses and Starbucks restaurants with labor complaints being filed against the employers.

Earlier this year, NLRB General Counsel Jennifer Abruzzo issued a memorandum urging the NLRB to reverse its past precedent on mandatory meetings.

The Connecticut AFL-CIO released a statement saying the lawsuit was “sad, but not surprising” that the law is being challenged by “corporate executives.”

“All this law does is allow an employee the right to leave a meeting and return to work when the subject of the meeting is about the employers’ position on politics, religion, or union organizing. That’s it,” CT AFL-CIO president Ed Hawthorne said. “Without this law, workers seeking to form a union would again be frequently subjected to coercive captive audience meetings. These are mandatory, closed-door meetings during work hours where workers are often threatened and harassed about their union support.”

The CT AFL-CIO cited instances in Connecticut in which they say employers retaliated against organizing employees at a McDonalds on I-95 and a Dollar General in Barkhamstead.

“This law simply helps level the playing field for working people in Connecticut and we will not go back,” Hawthorne said.

Democrat leaders in the General Assembly argued the law prevents employers from coercing, intimidating and retaliating against employees for their unionization efforts, but does not prevent employers from communicating with their employees.

However, employers are now arguing the law violates their free speech rights.

“Connecticut’s law is at odds with well-established First Amendment and NLRA precedents regarding the free speech rights of employers,” said Glenn Spencer, senior vice president of the U.S. Chamber of Commerce’s Employment Policy Division. “Over a decade ago, the Chamber sued the state of California over a similar law and won in the U.S. Supreme Court. We’ll continue to defend an employer’s right to share opinions with employees so that they can make informed decisions.”

Marc worked as an investigative reporter for Yankee Institute and was a 2014 Robert Novak Journalism Fellow. He previously worked in the field of mental health is the author of several books and novels, along with numerous freelance reporting jobs and publications. Marc has a Master of Fine Arts degree from Western Connecticut State University.
Email Author
More by Author
Twitter
ProtonMail
«Previous Post
Police were called to little league game over argument involving state rep. candidate»Next Post
Woman sentenced to federal prison for defrauding Medicaid