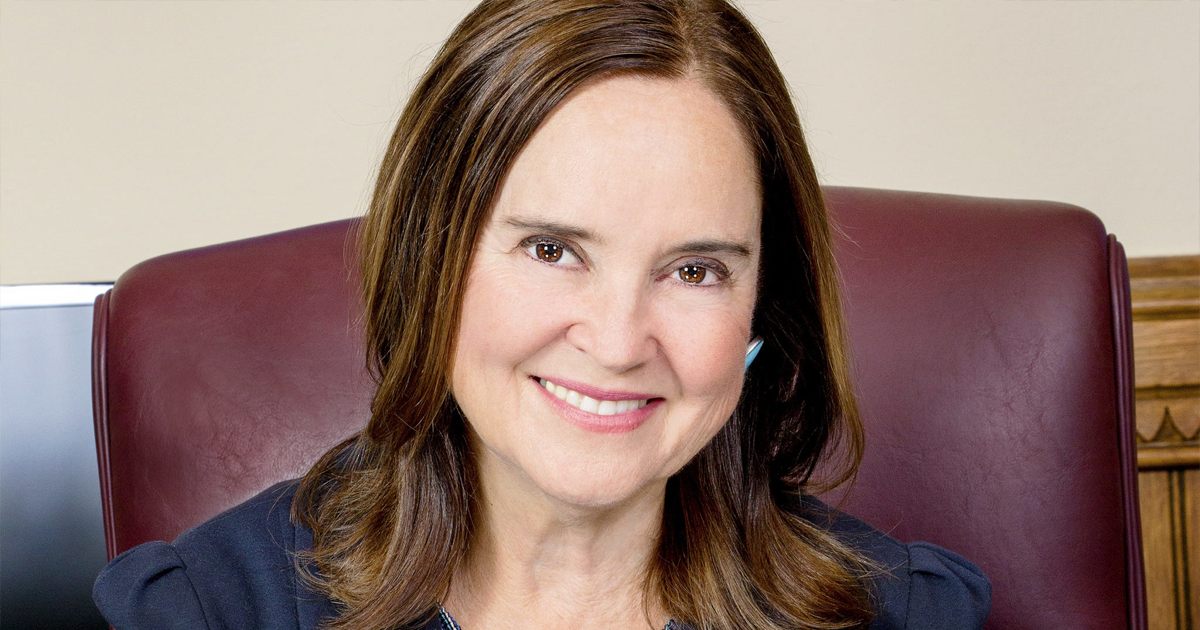 Connecticut Secretary of the State Denise Merrill announced Tuesday that she would be resigning her position at the end of June. In her announcement, Merrill cited her husband’s diagnosis of a degenerative disease as the reason for her departure.

“I thank the citizens of Connecticut for the deep and continued support they have given me, the hard-working registrars of voters, town clerks, moderators, and poll workers who make Connecticut’s elections possible,” said Secretary Merrill in a statement. “I want to thank the staff of the Office of the Secretary of the State for their commitment to ensuring free and fair elections and efficient business filings, the Governor for his partnership and friendship, and my many colleagues in the General Assembly who have been my brothers and sisters over many years of service to Connecticut.”

Merrill’s resignation will go into effect at noon on Thursday.

Following her announcement, state leaders sent out their own messages of thanks and support. Most cited her record as the state’s arbiter of elections.

“She has been a passionate advocate for increasing voter participation and election security, and lead our state through the 2020 election, turning out a historic 1.86 million residents,” said Lt. Gov. Susan Byziewicz on Twitter. “Our state elections are more secure and efficient thanks to her hard work. “

“When I entered my 1st term in the House Denise was my 1st Majority Leader, her guidance was invaluable,” said House Majority Leader Jason Rojas, R-East Hartford. “Her passion for this work is unmatched, and we owe Denise a debt of gratitude for all she’s done to ensure elections in CT are accessible and safe.”

“Denise Merrill has been a champion for free, fair and safe elections during an era of unprecedented and unrelenting challenges,” added Attorney General William Tong in his statement. “Secretaries of State nationwide have never been more critical in protecting the safety of voters, and the legitimacy of our elections against disinformation and partisan voter suppression efforts. Denise Merrill has set the standard for professionalism.”

“Denise has had a long history of serving the public good in Connecticut and has become one of the most respected secretaries of state in the country,” lauded Gov. Ned Lamont. “I am proud to have partnered with her on our collected efforts to increase access to voter registration, increase access to casting a ballot, increase election transparency, and streamline the way businesses interact with our state government.”

The governor also added that, under state law, when the General Assembly is not in session, he is empowered to make appointments of Congressional Officers. He says he plans to announce his new Secretary of the State “soon.”

Tagged under: Secretary of the State

An Emmy and AP award-winning journalist, Tricia has spent more than a decade working in digital and broadcast media. She has covered everything from government corruption to science and space to entertainment and is always looking for new and interesting stories to tell. She believes in the power of journalism to affect change and to change minds and wants to hear from you about the stories you think about being overlooked.
Email Author
More by Author
Twitter
ProtonMail
«Previous Post
Connecticut’s unemployment rate improves, still above national average»Next Post
Kohler named new Secretary of the State