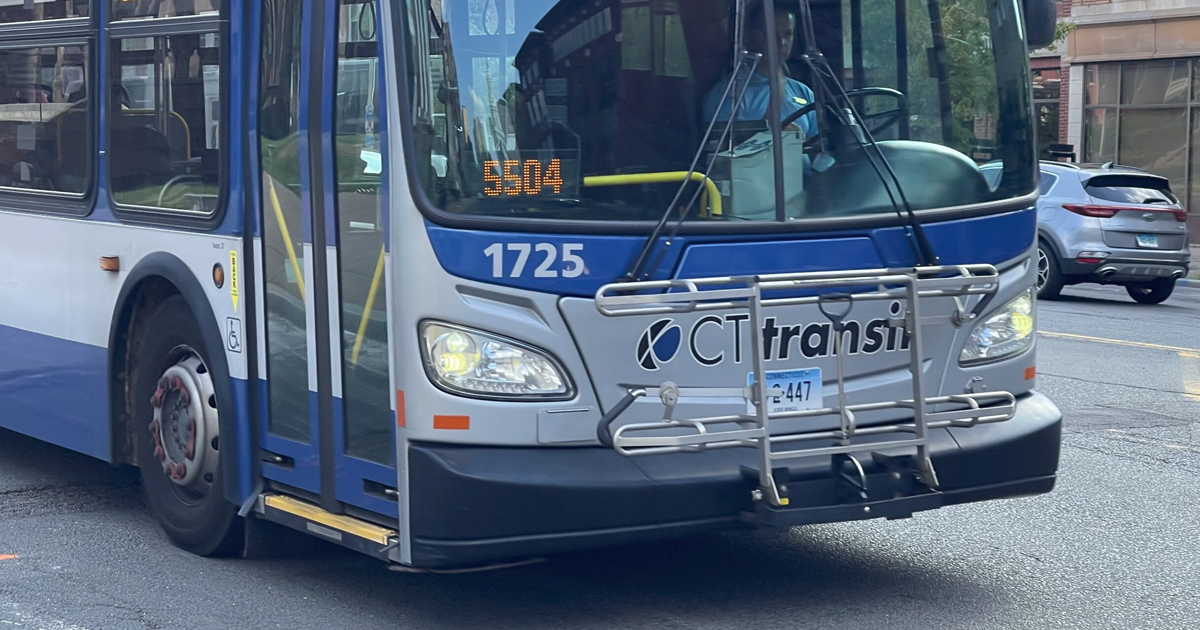 A statement from CTtransit on Monday afternoon apologized for what they called “recent service disruptions” and blamed the problem on ongoing staffing shortages.

According to the statement, the bus service has experienced a “much higher-than-normal level of absenteeism” among its drivers. “Historically, daily absenteeism averaged between 10-13% from 2018-2022,” said the statement, noting that currently, they are experiencing absenteeism of “approximately 21%.”

The statement also noted that CTtransit has fallen below its staffing target, employing just 431 bus operators on its routes for both Hartford and the CTfastrak divisions.

On Monday alone, the service canceled 96 trips operating across 20 separate routes, according to updates posted on its Facebook page. These included trips to and from Downtown Hartford from a number of locations, including the Westfarms Mall, Bristol, New Britain, and other locations in the area.

“Every effort is made each day to utilize personnel on overtime, as well as trying to mitigate impacts by cutting service for which alternatives are available,” they said in the statement, acknowledging that “trips have the potential to be canceled with limited notice.”

CTtransit also noted that they are hiring drivers and other personnel on their website.

An Emmy and AP award-winning journalist, Tricia has spent more than a decade working in digital and broadcast media. She has covered everything from government corruption to science and space to entertainment and is always looking for new and interesting stories to tell. She believes in the power of journalism to affect change and to change minds and wants to hear from you about the stories you think about being overlooked.
Email Author
More by Author
Twitter
ProtonMail
«Previous Post
Online gambling promotions cost Connecticut millions»Next Post
Disrespect: tension between state agencies, union in early days of pandemic