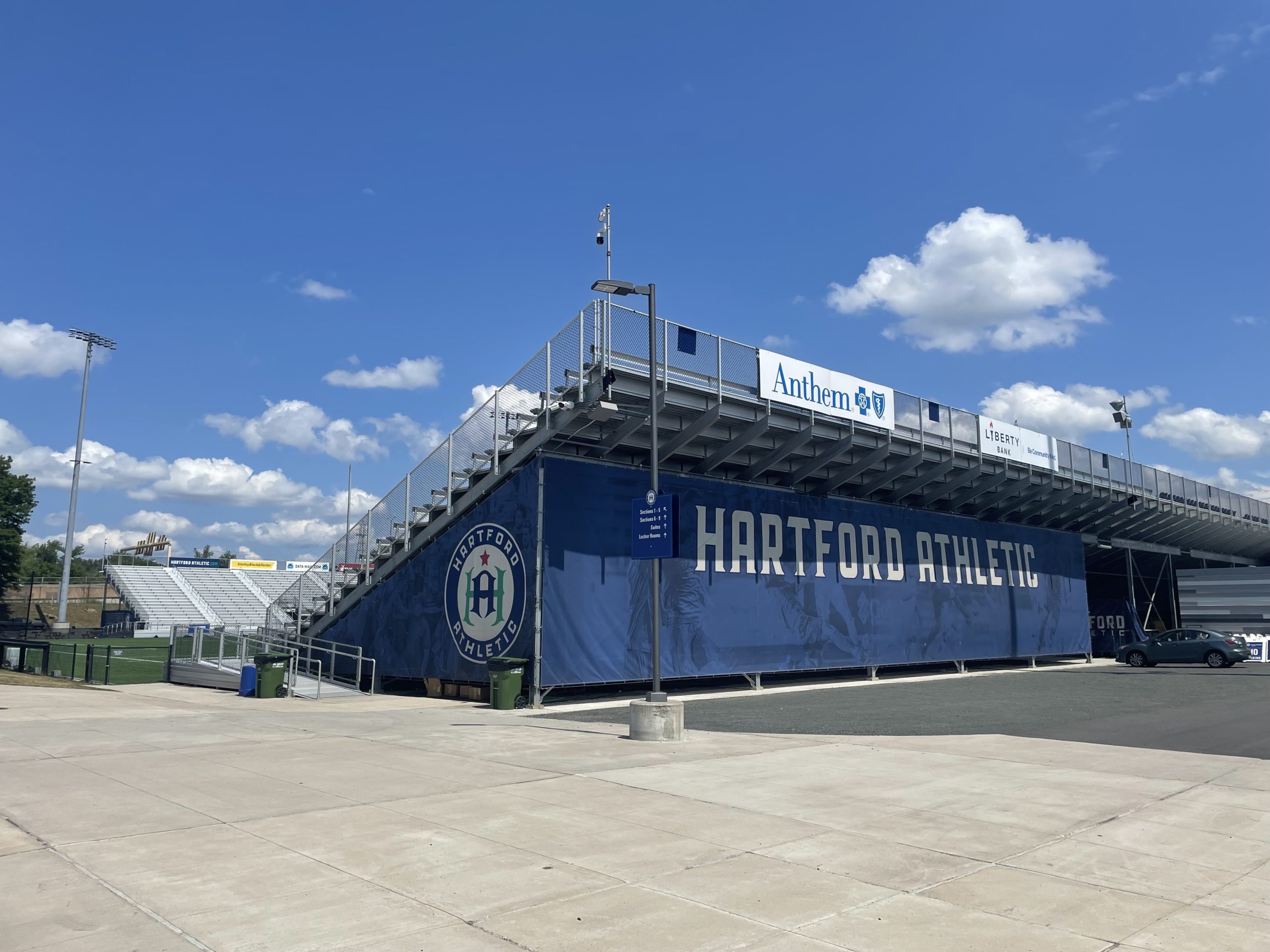 The deal struck by the City of Hartford, the Capital Region Development Authority (CRDA) and Bruce Mandell’s Hartford Sports Group (HSG) to redevelop Dillon Stadium is now the subject of a lawsuit brought by a company whose owner says he was never given a fair shot at the project.

Civic Mind, owned by Thomas “TJ” Clynch, filed the lawsuit in February of 2022, alleging CRDA improperly awarded the Dillon Stadium contract to Bruce Mandell and HSG in a “fraudulent” request for bids. Basically, asserting that the fix was in for Mandell before CRDA ever issued a request for proposals.

The court complaint, like the years-long quest to get Dillon Stadium up and running with a professional soccer team, is long and complicated, encompassing multiple officials, the City of Hartford and the quasi-public CRDA.

The new stadium with a soccer team successfully launched in 2019, but the project has been mired in controversy since it was first proposed in 2013, after the stadium had fallen into severe disrepair and was unusable.

Civic Mind was initially selected as the preferred vendor for the project, but Clynch was bounced in favor of Premier Sports Group Management, the owners of which were eventually convicted of money laundering and fraud as part of a corruption investigation by the Federal Bureau of Investigation. Civic Mind filed a lawsuit over the city awarding the contract to PSMG.

The project received new life in 2017, when the city and CRDA embarked on another effort to breathe life back into the stadium, eventually selecting Bruce Mandell’s HSG as the contractor.

But this effort, too, quickly became mired in controversy: Mandell’s campaign contributions in 2018 caused a $45,000 fine to be issued by the State Elections and Enforcement Commission and necessitated a quick contract change for the Dillon Stadium project; Connecticut auditors found CRDA spent $4 million of a $10 million state bond without the proper contracts in place; and the State Contracting Standards Board questioned, “Why the charade of an RFP process and a convoluted procurement process?”

Mixed up in the matter is Hartford Mayor Luke Bronin, who worked at the law firm representing Clynch when he filed the previous lawsuit against the city. The court complaint alleges Bronin used his knowledge of Civic Mind’s case after he became mayor to successfully get the original lawsuit dismissed in 2017.

The defendants – of which, there are many – have filed for dismissal, claiming the allegations are a “non-justiciable controversy,” that Civic Mind is a “frustrated bidder” and therefore lacks standing, and that the matter is moot because the stadium has already been developed and opened to the public.

“More than four years have passed since the events about which Plaintiff now belatedly complains and it is simply too late to unwind the contracts at issue and the many contracts involving non-parties that were consummated in contemplation of the agreement Plaintiff belatedly seeks to void,” attorneys for Mandell wrote, with attorneys for CRDA, the City and various officials essentially making the same argument.

Attorneys for the city also argue that the RFP was not subject to provisions requiring the lowest responsible bidder to be selected.

“Because neither the RFP nor the contracts the City entered into in this case were subject to any competitive bidding regime, Civic Mind lacks standing to pursue its claims that the City’s contracts are invalid due to the supposed violation of those non-applicable procedures,” attorneys for the city and city officials wrote.

Civic Mind seeks to prevent any further development of Dillon Stadium, voiding of the contract with HSG, an order for a new bidding process and monetary damages in excess of $15,000.

Marc worked as an investigative reporter for Yankee Institute and was a 2014 Robert Novak Journalism Fellow. He previously worked in the field of mental health is the author of several books and novels, along with numerous freelance reporting jobs and publications. Marc has a Master of Fine Arts degree from Western Connecticut State University.
Email Author
More by Author
Twitter
ProtonMail
«Previous Post
New York man pleads guilty to mortgage fraud scheme in Hartford»Next Post
U.S. Rep John Larson to be deposed in ballot access lawsuit