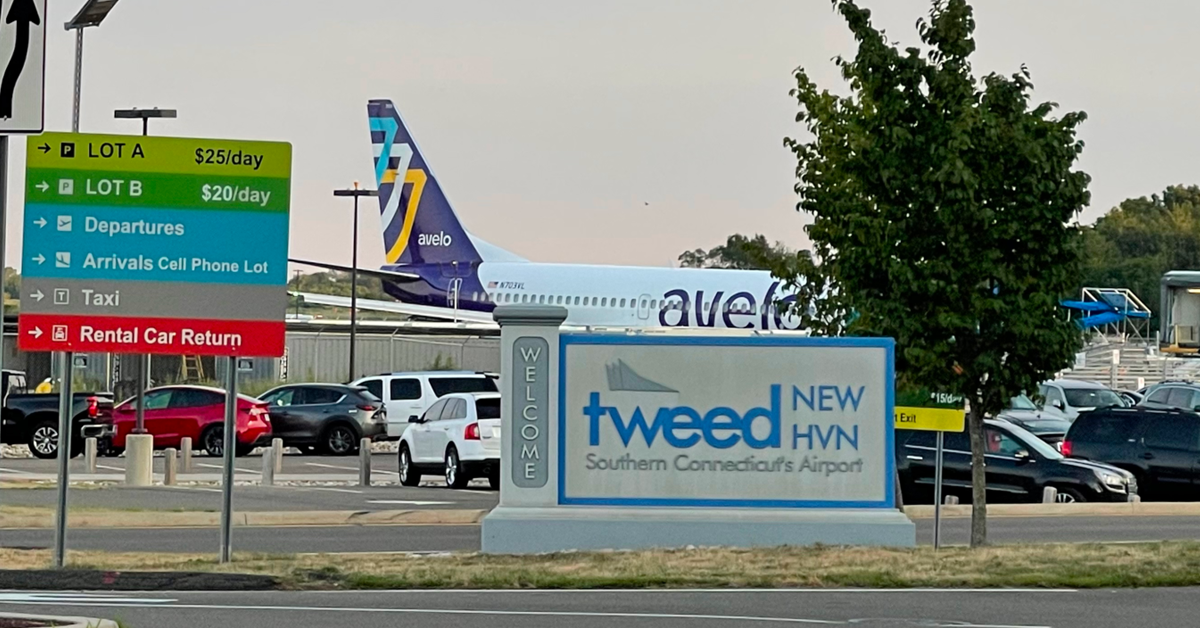 Owners of the Tweed-New Haven Airport are hoping to expand the operation in the next few years, adding additional runway space and a new terminal that could expand the airport’s capacity. Local community members, however, aren’t thrilled about the proposed plan, and say it ignores major impacts that expansion could have on the environment, their homes, and their quality of life.

Just over two dozen of those community members – most from East Haven and neighborhoods surrounding the airport – gathered at the Hagaman Library in East Haven on Tuesday for a meeting aimed at informing the community about the project and discussing their concerns.

Most of those in attendance were worried about the impact this could have on the value of their homes. The proposed runway expansion would place certain homes considerably closer to the landing aircraft which could increase noise issues, as would an increase in the number of planes flying in and out of the new terminal.

The proposed construction also has many worried about potential flooding. The new terminal would be built over existing tidal wetlands and homeowners nearby are concerned that, even with mitigation, their homes could have an increased chance of damage due to flooding which could mean costly repairs and difficulty selling in the future.

Among the concerns cited by Save the Sound were “significant effects on inland and tidal wetlands; stormwater flooding, sea-level rise, and other floodplain and resilience issues; disruption of local and migratory wildlife habitat; compromised water quality due to increased traffic and discharges; increased greenhouse gas emissions; and the effects of emissions, traffic, and noise on nearby state-designated environmental justice communities in East Haven and New Haven.”

“The FAA must undertake a thorough environmental review to assess these impacts on the natural and human environments at and around Tweed,” said Chris Kelly, Save the Sound’s Peter B. Cooper Legal Fellow at the time. “Residents deserve to understand the consequences of this long-term and highly controversial project. Under NEPA, projects with foreseeable, potentially severe impacts require a full Environmental Impact Statement. In fact, an EIS was required for a smaller expansion of the airport in 2002. Not only is an EIS the right thing to do—it’s the law.”

Community organizers also pointed to concerns over air quality, citing a 2019 survey for the New Haven Green Fund that found a greater number of residents suffering from asthma in the vicinity of the airport. They are pushing for an updated survey with more current data to further back their claims.

Perhaps the greatest frustration for East Haven residents, though, was the feeling that they are being excluded from decisions that could greatly impact their lives. Organizers say they have not had adequate communication from state or local authorities and have experienced difficulty having their concerns heard and addressed. Currently, they are working to collect signatures that would force a public comment hearing on proposed construction at the Morris Creek wetlands.

The entire project is still in the very early stages with permits expected in the Fall and construction completed sometime in 2025. While several of those in attendance at Tuesday’s meeting believe the project is a “done deal” and think they need to focus on forcing as many mitigation measures as possible, organizers believe there is still plenty they can do to draw attention to their cause and affect significant change.

“We cannot stop. We cannot give in,” said organizer Jean Edwards-Chieppo to the group. “They’re counting on us caving.”

An Emmy and AP award-winning journalist, Tricia has spent more than a decade working in digital and broadcast media. She has covered everything from government corruption to science and space to entertainment and is always looking for new and interesting stories to tell. She believes in the power of journalism to affect change and to change minds and wants to hear from you about the stories you think about being overlooked.
Email Author
More by Author
Twitter
ProtonMail
«Previous Post
Some municipalities use town aid grants for municipal projects, spending»Next Post
The Hidden Life of Connecticut Dog Licenses