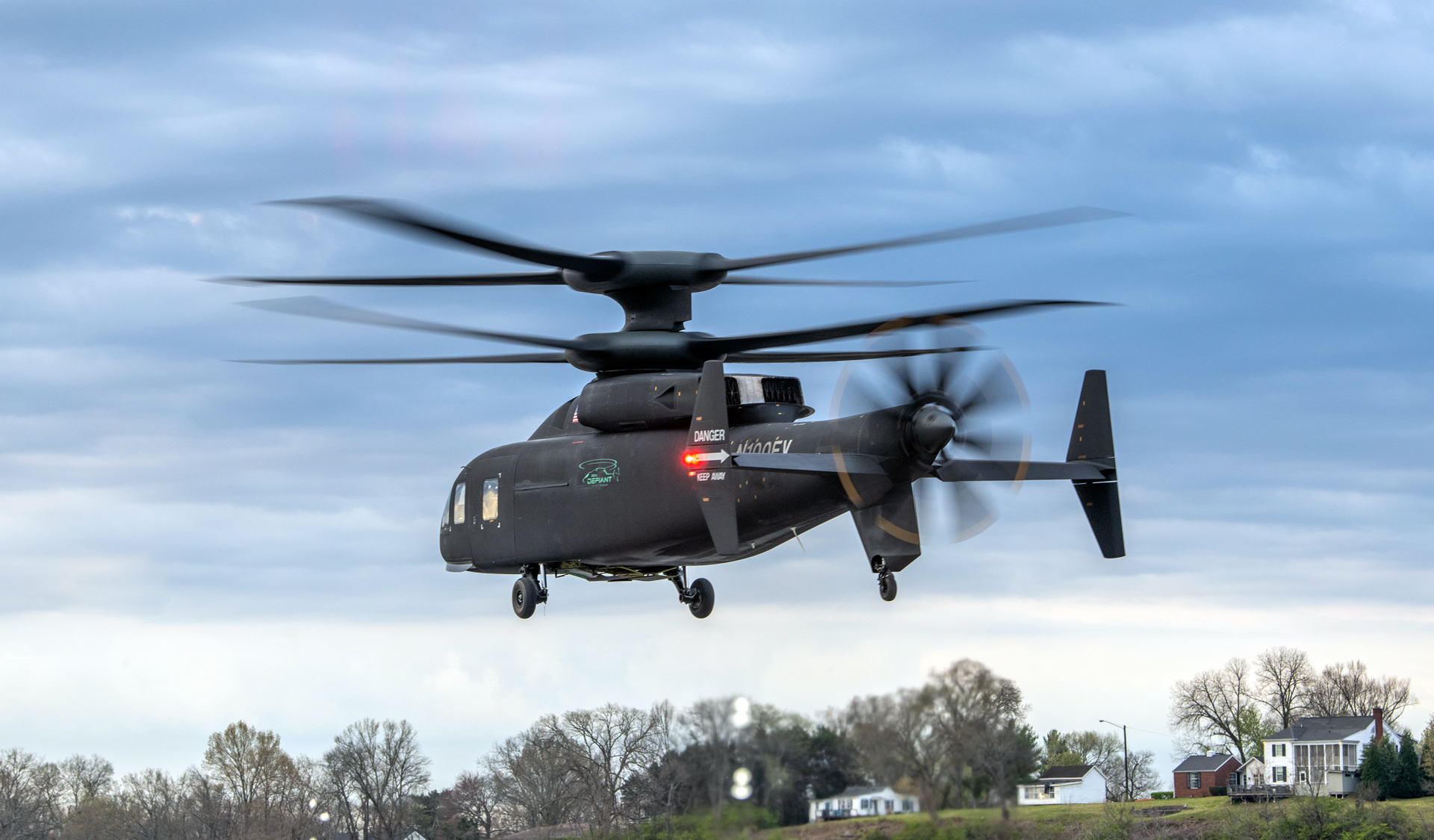 Lawmakers on the Finance, Revenue and Bonding Committee heard from state officials and Sikorsky executives pitching a $75 million agreement between the state and Lockheed Martin Sikorsky to maintain the helicopter manufacturer’s headquarters and jobs in Connecticut.

The 20-year deal is dependent on whether Sikorsky wins one or two competitive contract bids from the U.S. military that could be worth more than $80 billion, according to Sikorsky officials. If Sikorsky wins only one contract, the deal changes to $50 million.

Vice-President of Operations for Sikorsky George Mitchell says the military contracts would be for the next generation in helicopters to replace the ubiquitous Blackhawk with Sikorsky’s newest models that travel nearly twice as far and twice as fast as current military helicopters.

“There is great potential for another franchise-type model that could potentially carry us for the next fifty years,” Mitchell said.

“Cost is going to be extremely important on this competitive win. We all know in Connecticut, we’re not a low cost state so we make it up with productivity and great technology and all the brain power and technology we bring to bear to have the best products our customers want, but we do have to be affordable,” Mitchell said. “So, what this deal enables a contract award to us that will flow down to our suppliers, it will keep us on the national and world stage as the premier helicopter manufacturer”

Unlike previous economic incentive deals in Connecticut, the Sikorsky deal is dependent on Sikorsky meeting certain benchmarks, including winning the contract, maintaining its presence and jobs in Connecticut and funneling upwards of $470 million to supply chain manufacturers between 2032 and 2042.

The agreement would not be paid for through bonding, contrary to prior economic development deals Connecticut has struck over the past decade. Rather, it would be based on Sales and Use tax credits and payroll tax rebates the company essentially earns.

“This is performance based, there is no money going out the door day one,” said David Lehman, Commissioner of the Department of Economic and Community Development. “They are earning the money over the first 8 years of the contract and then there’s a compliance period for the remainder of the contract.”

Lehman said that according to his department’s analysis, the contract with Sikorsky will impact thousands of direct and indirect jobs over the next twenty years leading to $30 billion in gross domestic product and an increase of $270 million in net tax revenue.

“I think there is significant upside in this agreement,” Lehman said. “We want to make sure Connecticut is the incumbent and Stratford is the base for those helicopters.”

Connecticut currently has a separate, $220 million incentive deal with Sikorsky that was negotiated in 2016 by Gov. Dannel Malloy to maintain the company’s presence in Connecticut and is set to expire in 2032. This new agreement will extend the state’s relationship with the defense giant another ten years.

In his announcement of the current deal being considered by the legislature, Gov. Ned Lamont said the agreement was an “important milestone in our ongoing partnership with Lockheed Martin and Sikorsky.”

“If approved, this agreement will support new helicopter production in Connecticut and help enable thousands of Sikorsky jobs for decades to come,” Lamont said in his press statement.

“What we’ve been able to create at Sikorsky is more than a job, it is a career, it is a career where you jump right into upper middle class living once you achieve employment there,” Calo said.

The agreement with Sikorsky will have to be approved by the General Assembly.

Marc worked as an investigative reporter for Yankee Institute and was a 2014 Robert Novak Journalism Fellow. He previously worked in the field of mental health is the author of several books and novels, along with numerous freelance reporting jobs and publications. Marc has a Master of Fine Arts degree from Western Connecticut State University.
Email Author
More by Author
Twitter
ProtonMail
«Previous Post
UConn reaches tentative $9.5 million deal with graduate employee union»Next Post
Senate passes bill to provide unemployment benefits to striking workers