Gas prices are bad, diesel and home heating oil worse. Is there hope on the horizon? 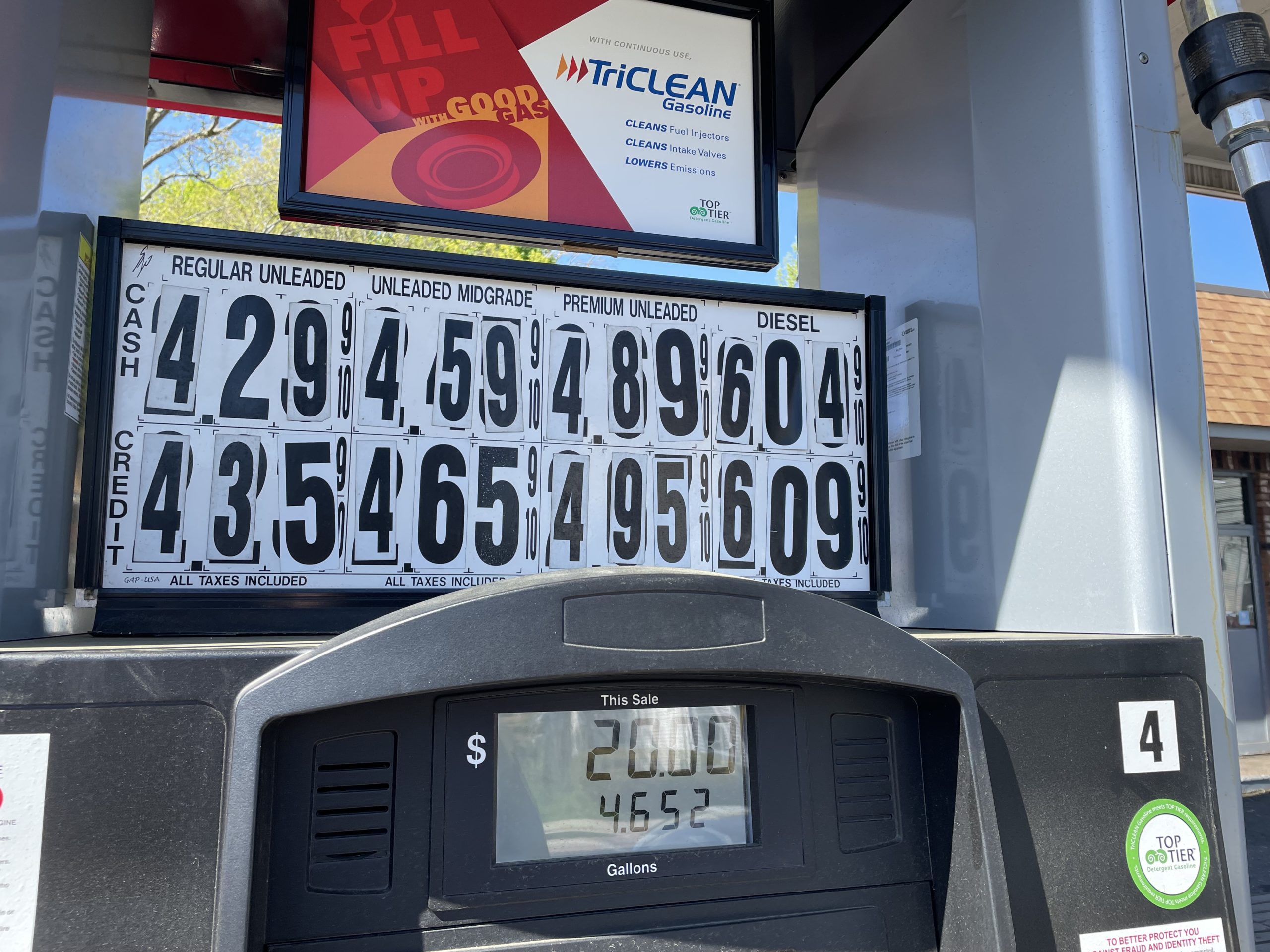 Home heating oil prices have surged since the beginning of the year, rising from an average price of $3.257 per gallon on January 3, to $6.348 as of May 2, according to the Department of Energy and Environmental Protection.

For a typical 275-gallon heating oil tank, that means the price to fill up has risen from $895 to $1,745, and the cause for that rapid increase can be tied directly to the war in Ukraine, said Chris Herb, president of the Connecticut Energy Marketers Association (CEMA).

“When the Russians invaded Ukraine, the European nations stopped exporting and started importing massive amounts of diesel fuel,” Herb said. “In the past, when we’ve had supply tightness, we would import from Europe. That is off the table.”

“There is no doubt this is probably the first real war time energy economy that we’ve faced since World War Two,” Herb said.

Economist Donald Klepper-Smith says the effects of the spike in diesel fuel spread throughout the economy, impacting household costs over and above heating oil, amounting to “a couple thousand more” for the average family.

“You have to factor in that food needs to go from its point of origin to the supermarkets, so when you look at food and getting goods from point A to point B, that third element needs to be factored in,” Klepper-Smith said. “To me, this a major development.”

While Connecticut’s government has moved to reduce the cost of gasoline through suspending the state’s gasoline tax until December, no such considerations were made for diesel fuel and, although home heating oil is not taxed, the price increases have hit people and companies hard and contributes to inflationary price increases on nearly everything.

Diesel prices in Connecticut now average $6.31 per gallon, an increase of more than $3 per gallon since this time last year, according to the American Automobile Association.

Joe Sculley, president of the Motor Transport Association of Connecticut (MTAC), says the spike in diesel fuel prices are forcing trucking companies to pass the cost onto consumers or, in some cases, take a loss.

“The cost is rising so rapidly that I think in some cases trucking companies are losing money because they’ve got existing contracts or agreements that don’t allow for prices to be raised or don’t allow for fuel surcharges,” Sculley said. “Right now, we’re in a situation where the cost gets passed down through the supply chain or trucking companies are losing money because of it.”

Herb says that although home heating oil prices are very high, there may be hope on the horizon, but that hope, too, may be causing supply issues. For one, spring is finally arriving with warmer weather, which will lessen the demand for home heating fuel.

“The demand for home heating oil is dropping off immensely,” Herb said. “Part of it is because people aren’t looking to top off because of the prices and second because there won’t be a need for it.”

Secondly, Herb says the New York Mercantile Exchange is showing a decline in the price of heating oil moving forward. “Wall Street is predicting that the future is going to have much lower prices,” Herb said.

That, however, can still affect diesel and home heating oil supply now as distributors try to keep as little oil in their tanks as possible hoping the prices decrease, something known as “backwardation,” according to Rich Larkin, president of Hedge Solutions, an energy marketing consultant.

According to an email from CEMA including remarks by Larkin, “Your suppliers at the local terminals will become reluctant to bring in those barges and cargoes if they know that the hedge is negative or, simply put, the price they pay today is basically cheaper tomorrow.”

Herb adds that the “fragile supply and demand” of the diesel economy has caused prices not to fall in line with the NYMEX at times. “We’re in a one for one,” Herb said. “For every gallon needed to heat a home or propel a vehicle, we consume that gallon.”

Sculley, however, is skeptical that prices will decline much if the war in Ukraine continues.

“As of right now, there’s no reason to think things are going to change. I say that because, a lot of the diesel that is typically bound for the East Coast and New England is being sent over to Europe. Europeans are purchasing it at a premium and the private sector is willing to sell it to them,” Sculley said.

“This is all being driven by the private sector, I don’t know that there’s much the government can do, so I would have to think that as long as this war is going on over there, we could be looking at this situation staying like this,” Sculley said.

Herb says that prices will likely drop if supply can be increased, whether through increased domestic production, the end of the war in Ukraine, an agreement with another country to increase production and import oil or, at worst, a recession.

“A slow-down in the economy can also throw this into reverse,” Herb said, adding that no one wants to lose their job just so they can afford to heat their house. “Typically, recession drives prices down.”

However, the precariousness of the global supply chain, the on-going COVID pandemic issues — particularly in China — the European markets roiled by the Russian war against Ukraine and the last week’s massive drop off in the stock market means the prediction of prices are tenuous.

Still, current indicators show that diesel and home heating oil prices may have peaked and will start to slowly come down over the summer – provided all the disparate pieces fall into place.

“Either you lower demand, which isn’t likely if everything is status quo, or you increase supply and I think it’s more likely we’ll see supply ramp up faster than we see demand back off, but both those things look predicted if you look at the indicators out there,” Herb said.

My mother-in-law and inflation

Marc worked as an investigative reporter for Yankee Institute and was a 2014 Robert Novak Journalism Fellow. He previously worked in the field of mental health is the author of several books and novels, along with numerous freelance reporting jobs and publications. Marc has a Master of Fine Arts degree from Western Connecticut State University.
Email Author
More by Author
Twitter
ProtonMail
«Previous Post
State of Connecticut saw nearly $700 million reduction in healthcare payouts during 2020»Next Post
Former Public Health Commissioner Files Federal Discrimination Lawsuit