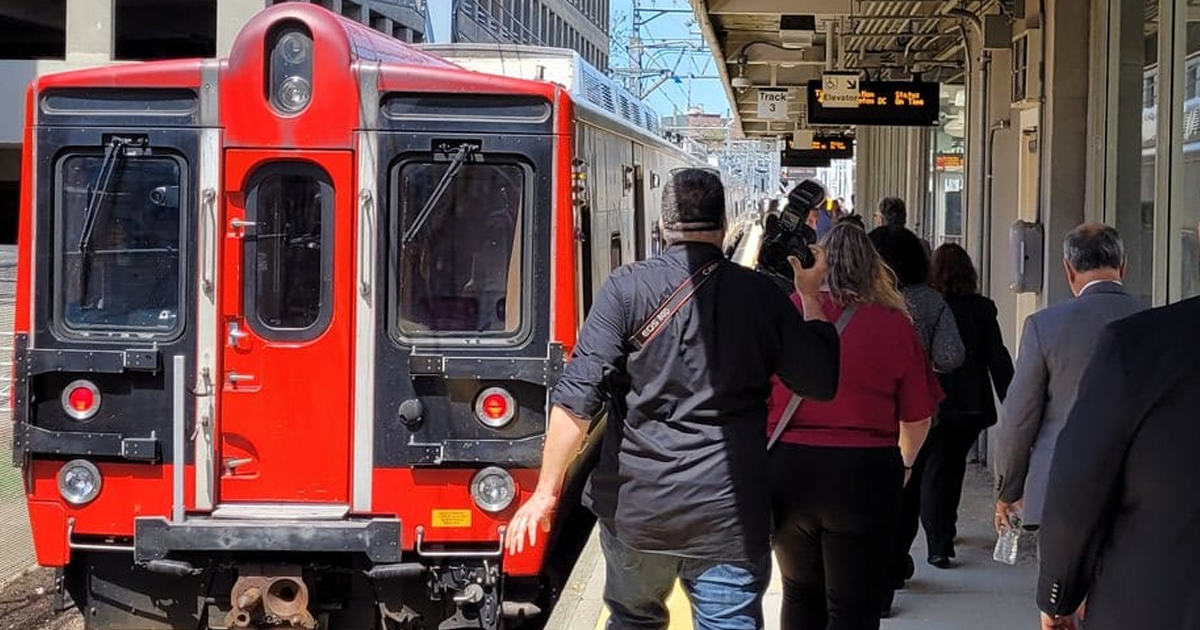 Train commuters will now have more options and faster rides for their daily commutes.

On Monday, Governor Ned Lamont and the Department of Transportation announced in a press release that several new trains have been added to the New Haven and Waterbury Lines have begun service.

Three weekday morning express trains have been added to the New Haven Line and will stop in Bridgeport and Stamford before continuing on to Grand Central Terminal. The new trains will depart at 5:09 a.m., 5:41 a.m. and 7:52 a.m. Additionally, three new weekday evening trains will depart from Grand Central station at 4:16 p.m., 4:49 p.m., 6:26 p.m. and will make stops in Stamford and Bridgeport en route to New Haven.

The Waterbury Line also had seven new weekday trains added, four running southbound and three running northbound. The additional trains increased the number of weekday trains from 15 to 22, a 47 percent increase, according to the press release.

“As more people return to rail service, they want faster trains, more options, and increased services,” Governor Lamont said. “This is all part of the TIME FOR CT initiative, and we are delivering on our promise of improving rail service in Connecticut. These express trains provide the fastest trips in a decade between New Haven and Grand Central.”

While train commuters now have more options, Metro-North data shows that ridership is still struggling to return to pre-pandemic norms. According to recent data from the Metropolitan Transportation Authority (MTA), although weekend ridership has bounced back to 90 percent of 2019 averages, weekday ridership is only around 60 percent.

It remains to be seen if weekday ridership will ever return to pre-pandemic levels. According to a recent survey by The Partnership for New York City, nearly 80 percent of New York City employers expect a hybrid work model to be their policy moving forward.

Despite the lagging ridership, Catherine Rinaldi, president of the MTA Metro-North Railroad, said Metro-North is committed to better serving the riders they do have and making rail travel more appealing to prospective riders.

“This partnership has helped bring faster service for customers who travel between Connecticut and Manhattan, and the highest level of service on the Waterbury Branch in history, Rinaldi said. “As more riders return to the system, Metro-North is improving the attractiveness of our weekday service with more trains and seating capacity and faster trips.”

Tagged under: Department of Transportation,Metro

A national, award-winning journalist from Bristol, Tom has a passion for writing. Prior to joining CII, he worked in print, television, and as a freelance journalist. He has taken deep dives into sexual assault allegations by Connecticut professors, uncovered issues at state-run prisons, and covered evictions in the New Britain Herald. He chose to focus on issues based in Connecticut because this is his home, and this is where he wants his work to make the greatest impact.
Email Author
More by Author
Twitter
ProtonMail
«Previous Post
CT environmental groups call for action following Supreme Court decision»Next Post
Wife of former West Haven lawmaker pleads guilty in COVID-19 fund theft