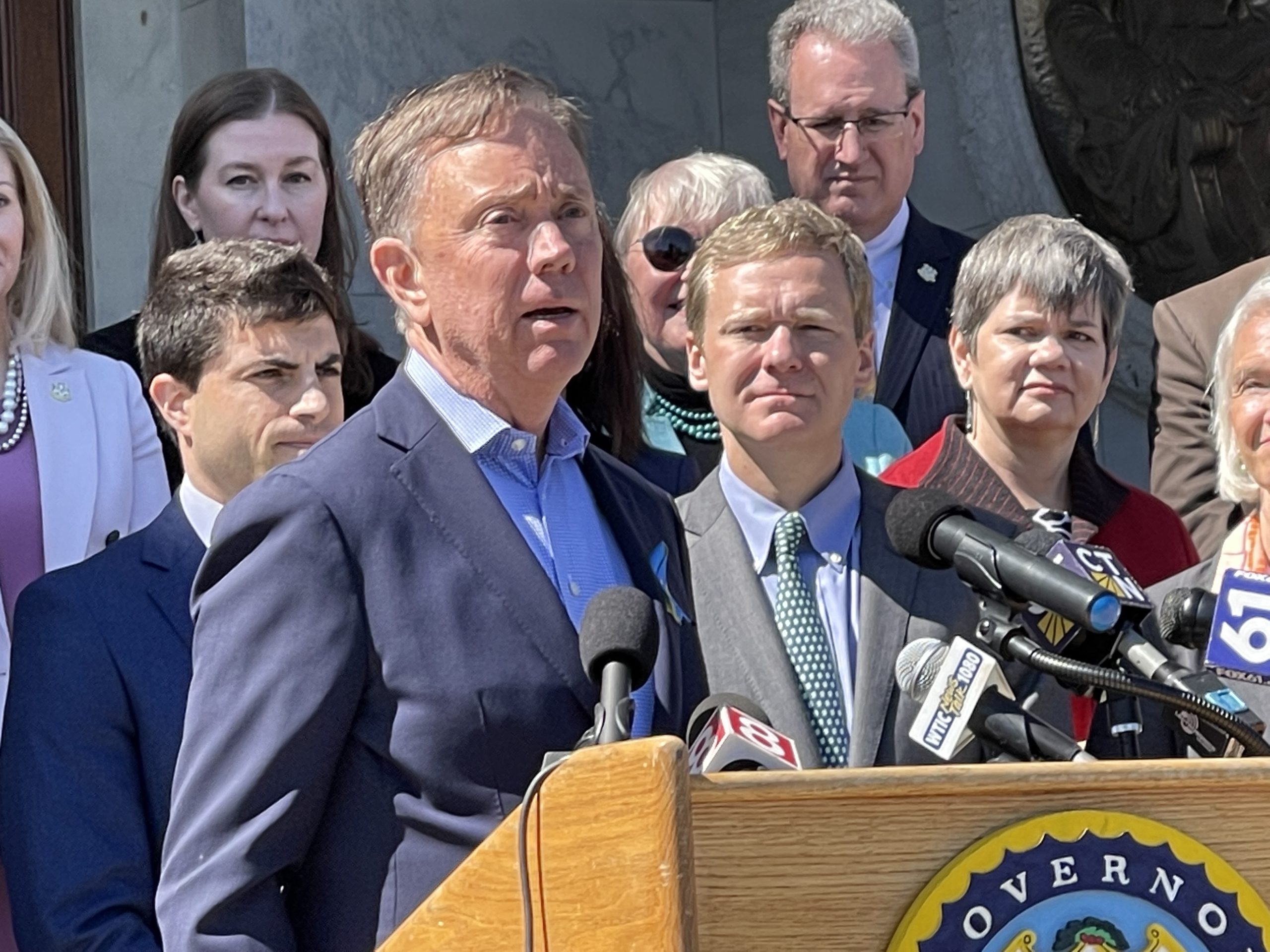 Gov. Ned Lamont responded to candidate questions sent out by the Connecticut Education Association (CEA) indicating his support for their policies and earning him CEA’s inclusion into the union’s Honor Roll for “distinguished commitment, action, and advocacy on behalf of teachers and public education.”

The candidate questions, which are sent out by several major unions ahead of statewide elections to determine whether they will officially support a candidate, ranged from state Education Cost Sharing (ECS) grants to collective bargaining rights and diversity, equity and inclusion in public schools.

The governor did not check the boxes on the survey indicating whether he supported CEA’s position, but rather wrote out his comments below each question. Republican gubernatorial candidate Bob Stefanowski is listed as having not returned the questionnaire.

Lamont wrote he will continue to support collective bargaining rights for Connecticut teachers, including maintaining the current teacher retirement structure, maintain ECS funding in the face of possible future deficits, oppose “tax penalties” against municipalities – which the union defined as “misguided property tax caps” – and will publicly support increased funding for bilingual services for English learners.

The governor also committed to ensuring CEA representatives are placed on all executive branch committees, commissions and work groups addressing education in the state and maintaining the Teachers Retirement Board’s independence, rather than merging with the Connecticut Comptroller’s Office, which handles state employee pensions.

CEA also asked candidates their position on school choice initiatives such as vouchers, charter schools or “money follows the child” proposals, saying the charter school system “sets up a costly parallel system of schooling that diverts funding from traditional schools.”

“Proposals to further divert funding by way of schemes like ‘education savings accounts’ (ESAs) or vouchers that redirect tax dollars to fund elite or religious private schools would do further harm,” the union wrote.

Lamont indicated his support for diversity, equity and inclusion in schools, a hot-button topic that has resulted in accusations of “critical race theory” being taught in public schools and has become the basis for contentious board of education meetings throughout the state.

The governor also responded that he would support innovative approaches to increasing teacher diversity but said that proposals seeking to lower standards for teachers to meet that goal “ultimately result in less experienced and prepared people teaching in the least wealthy communities.”

On other issues, Lamont hedged his responses, indicating that he could not commit one way or the other without having specific language in front of him, particularly when it came to CEA’s “Successful Schools Initiative” which includes a list of policies such as universal preschool, reduced testing, reduced class sizes and reducing special education workload.

The governor also differed with the union when it came to reducing the number of years teachers must work before receiving normal retirement benefits or awarding “bonus service credit for the sacrifices teachers made working in schools through COVID-19 and for teachers in financially distressed districts.”

“Teaching is one of the most important professions in today’s world,” Lamont wrote. “Unfortunately, we have been dealing with teacher shortages for years, especially most recently with the pandemic. At this time, I could not support legislation that would reduce the years of service required for normal retirement and further our shortage of educators.”

Lamont’s response to the questionnaire was not scored by CEA.

Other candidates for statewide office like Attorney General William Tong and Connecticut Comptroller candidate Sean Scanlon, Secretary of the State candidate Stephanie Thomas and State Treasurer candidate Erik Russell responded to the questionnaire as well, although some of the candidates had fewer questions depending on which office they are seeking.

CEA gave a score of 100 to Tong, Scanlon, Thomas and Russell who checked the boxes supporting CEA’s positions and only offered comments at the end of the questionnaire. Scanlon – who pushed for a property tax cap during the 2021 legislative session – was not asked about property tax cap proposals.

Candidates who previously served in the Connecticut General Assembly were also given Legislative Report Card scores. Scanlon received a 96, and Thomas received a 90.

All the Democratic Party nominees were listed on CEA’s Honor Roll, thus earning the union’s endorsement.

None of the Republican candidates for statewide office returned the questionnaire. Lt. Gov. candidate Laura Devlin, R-Fairfield, was given a legislative score of 69.1 and Connecticut Treasurer candidate Harry Arora, R-Greenwich, received a 52.

“While candidates may say they support education, CEA’s Honor Roll shines a light on our true allies – those who stand with us to strengthen our public schools,” CEA President Kate Dias said. “The Honor Roll and CEA’s Legislator Report Card provide our educators with the facts to help them make informed decisions on Election Day and elect pro-education candidates.”

Marc worked as an investigative reporter for Yankee Institute and was a 2014 Robert Novak Journalism Fellow. He previously worked in the field of mental health is the author of several books and novels, along with numerous freelance reporting jobs and publications. Marc has a Master of Fine Arts degree from Western Connecticut State University.
Email Author
More by Author
Twitter
ProtonMail
«Previous Post
Workers’ compensation rates decrease for ninth consecutive year»Next Post
Lamont still up by double digits in new Quinnipiac poll