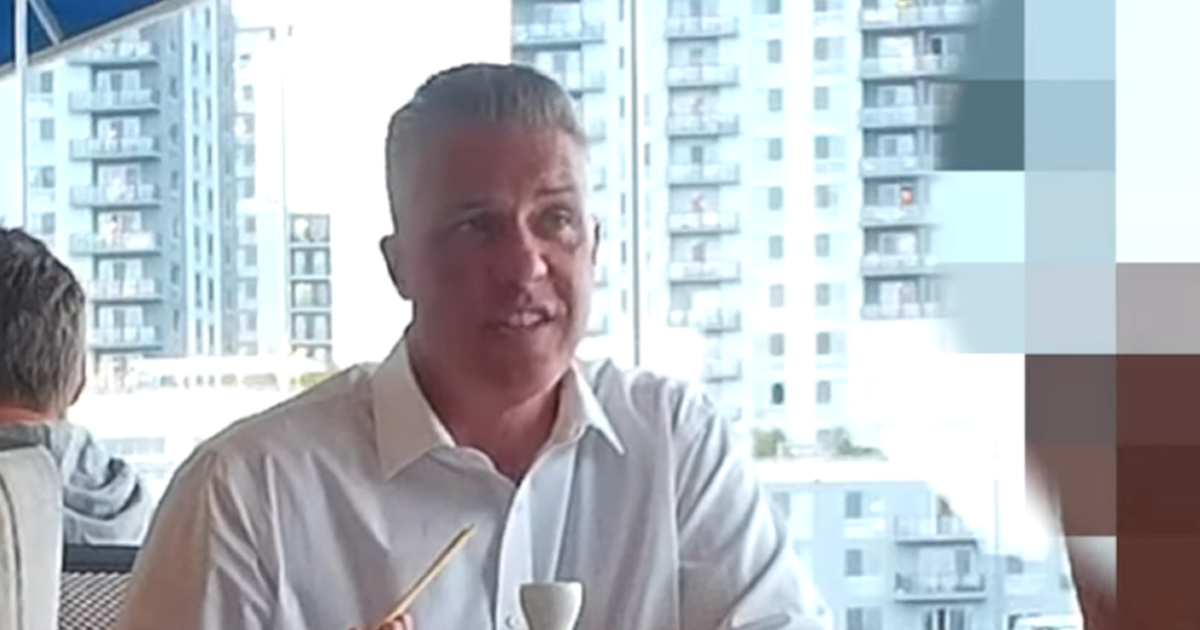 Following release of a video by Project Veritas in which Cos Cob Elementary School Assistant Principal Jeremy Boland said he would not hire Catholics and would weed out teacher applicants with conservative leanings, local leaders have responded with calls for an investigation.

Greenwich First Selectman Fred Camillo took to Facebook to call for “a full investigation into not only this administrator, but the damage caused to applicants, past and present.”

“As a former educator, and a former Cos Cob School student who grew up in the shadow of the building, this hits home,” Camillo said. “To think that Roman Catholic applicants may have applied for teaching positions and not received proper consideration due to their religion seems like something from a bygone era, not 2022. According to this assistant principal, Conservatives, older applicants, and others deemed not progressive were not given an opportunity afforded others.”

Sen. Bob Duff, D-Norwalk, released a statement also calling for an investigation. “If proven true, these are not our values and should not be tolerated,” Duff said. “First, there should be a full investigation to determine if this is illegal discrimination has been allowed to happen by leaders in Greenwich beyond this man and if so all parties need to be held accountable. At a minimum the assistant principal should face immediate legal consequences.”

“The prejudice apparent here is illegal, immoral & unacceptable to our town & state,” Sen. Ryan Fazio, R-Greenwich, wrote on Twitter. “The extent of this wrongdoing must be fully investigated & and violators of parents’ trust fired. Families deserve schools that are transparent, accountable great & fair.”

Greenwich Public Schools Superintendent Dr. Toni Jones released a short statement saying they do intend to conduct a full investigation and are not making any public statements until that time.

“We do not, however, support any opinions that promote discriminatory hiring practices based on race, religion, gender or age in any way and we want to remind our entire community that our curriculum policies and procedures are strictly enforced by our Board,” Jones wrote.

Gov. Ned Lamont issued a statement saying the State Department of Education is in touch with the Greenwich school system and monitoring the situation.

“Discrimination of any kind has no place in Connecticut, especially in our public schools,” Lamont said. “This is not aligned with our Connecticut values.”

The release of the video comes at a time when Greenwich is facing arguments regarding books in its libraries and its sexual education content in a cultural back and forth argument that mirrors similar issues in public schools across the country regarding how race and gender are taught in classrooms.

The group Greenwich Patriots has been vocal in criticizing, among other things, certain books available at Greenwich school libraries, vaccine mandates and school leadership under Superintendent Jones, which has touched off some arguments in local newspaper columns.

Greenwich Patriots wrote in an email that they were grateful to Project Veritas “for uncovering this scandal in our backyard and hope that this news forces the district to finally stop politicization of our schools, and the indoctrination of children into a political mindset.”

Greenwich Republicans on Twitter called for accountability and wrote, “Greenwich schools have become a social experiment guided by ideology. Time to overhaul the system.”

Others online pointed out that Project Veritas has been accused of deceptively editing their videos and entrapping people and has faced investigations and legal issues surrounding their publications which have ensnared major organizations like Planned Parenthood, CNN and ACORN in controversy.

According to the video, Boland said he didn’t interview teachers over the age of 30, “Because sometimes the older you get, the more set in your ways, the more conservative you get.”

The video is dubbed The Secret Curriculum Part 1 by Project Veritas, implying there are other videos to be released.

**This article was updated with Gov. Ned Lamont’s statement**

Marc worked as an investigative reporter for Yankee Institute and was a 2014 Robert Novak Journalism Fellow. He previously worked in the field of mental health is the author of several books and novels, along with numerous freelance reporting jobs and publications. Marc has a Master of Fine Arts degree from Western Connecticut State University.
Email Author
More by Author
Twitter
ProtonMail
«Previous Post
$42.9 million in ARPA funding will go to expanding broadband access in CT»Next Post
Rebuilding Together of Manchester to host comedy fundraiser