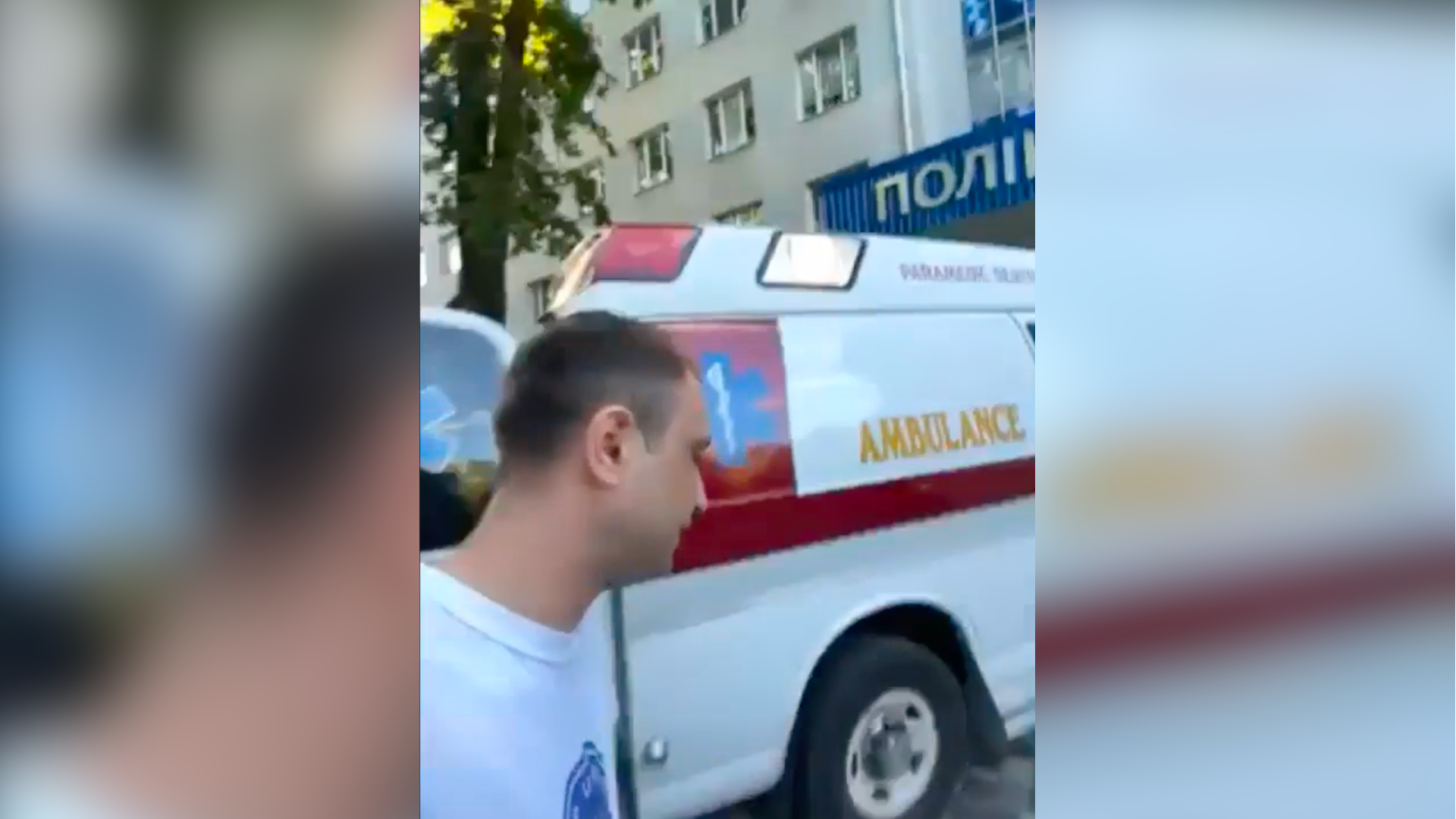 A decommissioned ambulance finally made its way to Ukraine on Thursday, two months after leaving Hartford. The ambulance was donated by Hartford Healthcare and Hunter’s Ambulance back in June, along with a long list of medical supplies.

Rather than decommissioning the vehicle and taking it out of service for their network, the hospital system decided to repurpose it for Irpin, a city in Ukraine that has been devastated by the ongoing war with Russia.

Ukrainian forces took back the city from Russian occupation earlier this year but not before hundreds of civilians were killed. Located next to the Ukraine capitol of Kyiv in the north of the country, Irpin’s supply of ambulances was reportedly severely diminished in the conflict.

Through a translator, Dr. Anton Dovhopol, Director, Central City Hospital of Irpin where the ambulance was donated, said that they have been working hard to get back to normal in the city, following the occupation. Dr. Dovhopol was on site this morning when the ambulance arrived following its nearly 5,000 mile journey across the ocean to Eastern Europe. He was joined by other doctors and administrators from the hospital who expressed their gratitude at the donation.

“I want to say many thanks to American citizens who support us,” said Ihor Byalko, Director of Intelligent Organization. “This ambulance comes safely to Ukraine and from today this ambulance will start to save Ukrainians’ lives.”

“We are awestruck by how resilient the people of Ukraine are and we recognized the hard work that doctors on the ground have to do,” said Dr. Joseph Aferzon, a Hartford HealthCare Neurosurgeon who suggested that they make the donation. Dr. Aferzon says that he had been hearing from friends he knew on the ground in the war-torn region that emergency medical supplies were in great need.

An Emmy and AP award-winning journalist, Tricia has spent more than a decade working in digital and broadcast media. She has covered everything from government corruption to science and space to entertainment and is always looking for new and interesting stories to tell. She believes in the power of journalism to affect change and to change minds and wants to hear from you about the stories you think about being overlooked.
Email Author
More by Author
Twitter
ProtonMail
«Previous Post
Rebuilding Together of Manchester to host comedy fundraiser»Next Post
Republicans want special session to increase heating assistance fund