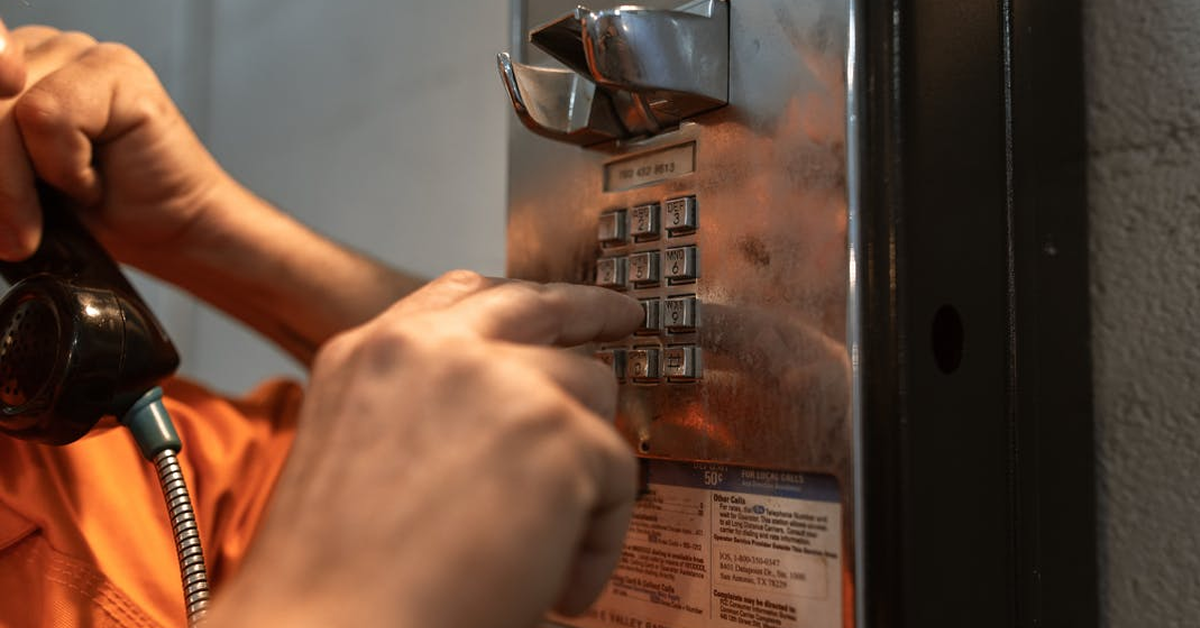 Phone calls for incarcerated people in Connecticut are officially free of charge.

Connecticut made history when Gov. Ned Lamont signed Senate Bill 972 last year, making Connecticut the first and only state in the country to make communication in its correctional and juvenile detention facilities free. The law recently went into effect on the first of the month.

The law also prohibits the state from collecting any revenue for providing communication services, protects in-person visits from being supplanted by communication technology and ensures that each person is allowed at least 90 minutes of call time per day.

Prior to the law going into effect, Connecticut ranked 49th in the nation for the affordability of a 15-minute phone call. Over the years, the state has made millions through its contract with communications contractor, Securus Technologies. Pursuant to the agreement, Connecticut was making a 68 percent commission on in-state prison phone calls. In 2019, the last year of a seven-year deal with Securus, Connecticut made about $7 million.

“Connecticut has gone from last to first in the nation in the affordability of prison calls, and it was about time,” Bianca Tylek, Executive Director of Worth Rises an advocacy group committed to dismantling the prison industry, said in a statement when the bill was signed last June. “This historic legislation will change lives: It will keep food on the table for struggling families, children in contact with their parents, and our communities safer.”

The law, which is expected to save Connecticut families contacting their incarcerated loved ones over $12 million annually, brings more than just monetary benefits. Several studies have shown that incarcerated people that maintain close contact with family members while in prison have better post-release outcomes and are less likely to re-offend and end up back in prison.

An article published in an August 2012 issue of Corrections Today noted that: “Family can be a critical component in assisting individuals transitioning from incarceration because family members provide both social control and social support, which inhibit criminal activity,” according to the article. “In contrast, those without positive supportive relationships are more likely to engage in criminal behavior.”

“We have made it possible for families to talk to their loved ones inside and for those behind bars to be able to have communications that are critical to who they will be when they come out of the prison,” Sen. Gary Winfield (D-New Haven) said when the bill was signed.

“These people are going to be our neighbors when they come home, but they’re left inside of our prisons on their own. If we can address this and we don’t, we’d be irresponsible. But above all, sometimes there’s value in doing something that’s not just about the dollars. And this is one of those issues.”

A national, award-winning journalist from Bristol, Tom has a passion for writing. Prior to joining CII, he worked in print, television, and as a freelance journalist. He has taken deep dives into sexual assault allegations by Connecticut professors, uncovered issues at state-run prisons, and covered evictions in the New Britain Herald. He chose to focus on issues based in Connecticut because this is his home, and this is where he wants his work to make the greatest impact.
Email Author
More by Author
Twitter
ProtonMail
«Previous Post
Sen. Sampson, Joe Markley take campaign finance case to CT Supreme Court»Next Post
Windham Hospital obstetrics unit will stay open after ruling from Health Strategy office