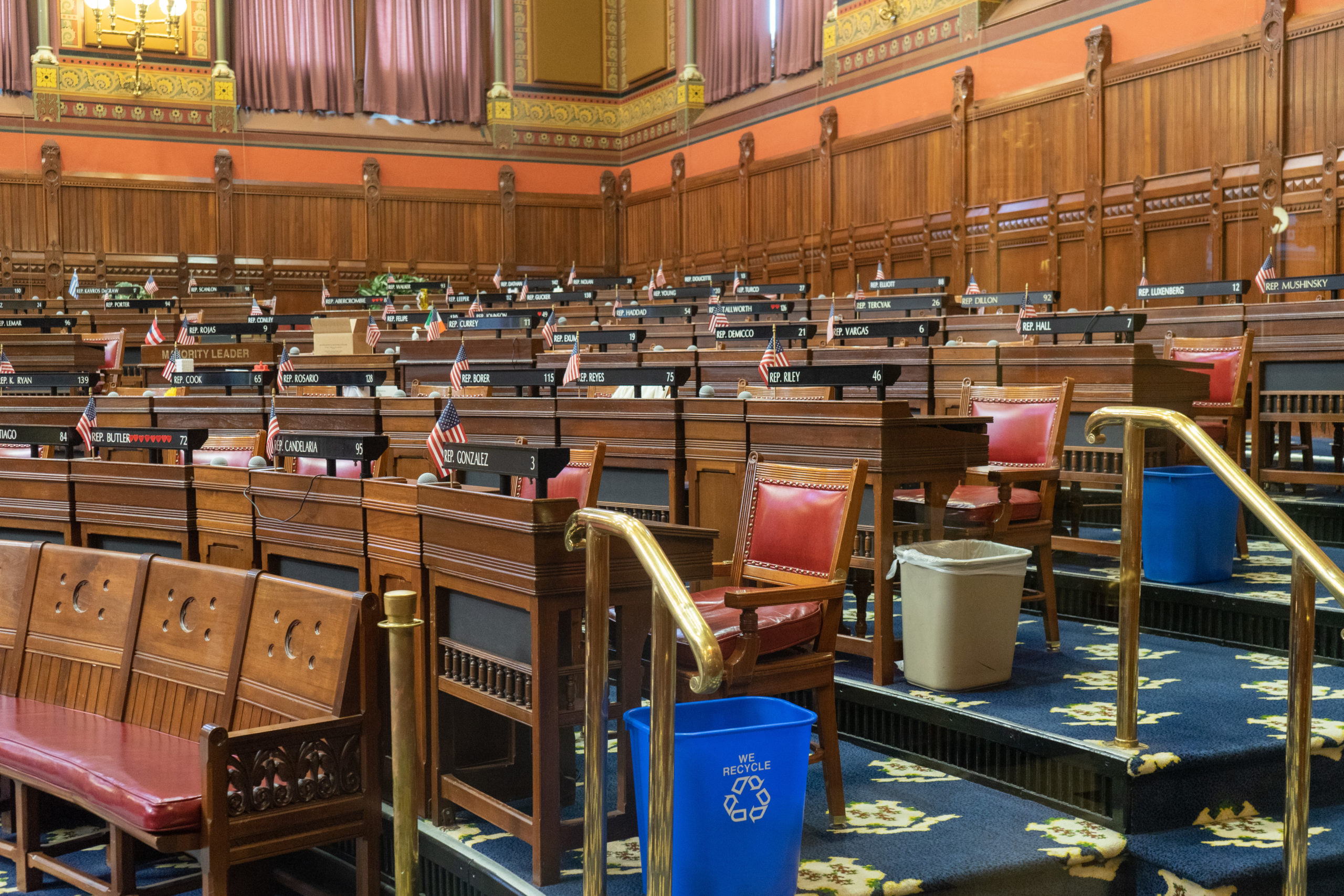 Abortion and other reproductive health providers in Connecticut will be protected from certain types of prosecution coming from other states if a bill passed last night in the Connecticut House of Representatives also clears the Senate. The debate, however, largely revolved around a second provision which expands the types of healthcare providers who could perform certain types of abortion services.

House Bill 5414 passed the first chamber in a vote of 87-60 on Tuesday. The bill, if enacted, would protect those who are receiving and providing reproductive healthcare services in the state from civil or criminal prosecution. It comes in response to states, including Texas and Idaho, that have passed controversial bans on abortion in the past year.

Under the Texas law, private citizens are able to sue others who they say assisted a pregnant person seeking an abortion after six weeks of pregnancy. It does not allow people to sue the person seeking the abortion. It is a unique enforcement mechanism which has been hit with wide-reaching criticism from pro-choice advocates.

“This bill is a critical step forward for our state and the country. Although Connecticut has been a leader in reproductive freedom, for many people the right to an abortion is in name only because of limited access to abortion care,” said Jess Zaccagnino, policy counsel for the ACLU of Connecticut, in part. “Our state can and should be a leader in dismantling barriers to abortion access and ensuring that abortion is accessible, affordable, and available to all. Everyone deserves access to abortion care in their community, on the timeline they choose, and by the provider they trust.”

The Connecticut bill seeks to protect people in the state from these laws passed elsewhere. Under the bill, if you are subject to criminal or civil proceedings originating from an out-of-state judicial system for receiving or providing reproductive healthcare that is legal in Connecticut, local court officers would not be allowed to issue summons or subpoenas. Additionally, state agencies would not be allowed to support an investigation into criminal or civil cases and it would provide a way for you to recoup legal costs for defending yourself against such action.

The bill amends the governor’s responsibilities to extradite people facing criminal prosecution in other states. It would exempt those accused of performing acts in Connecticut – like providing or assisting in accessing an abortion – which are crimes in the other states but which are legal in Connecticut.

The bill presents a unique measure by which a state seeks to protect its own citizens against the laws of another state. With other states, like Missouri, seeking Texas-style laws to stop out-of-state abortion, it is a measure which pro-choice advocates view as necessary as concerns mount that the landmark Roe v. Wade decision could be overturned.

The bill was subject to a lengthy debate on the floor of the House, running late into the evening. The bulk of that debate, however, revolved around a secondary measure in the bill which was added on Tuesday. Under that amendment, Advanced Practice Registered Nurses, Nurse-Midwifes, and Physicians Assistants would be able to provide certain types of abortions. Currently, these groups do not receive training in these procedures which are provided in the first trimester of pregnancy.

“There is zero logical reason for these two bills to be joined,” said Rep. Christie Carpino, R-Portland, who said she supported the protective measure but couldn’t support the expansion. “As a member of the Public Health Committee, I am confident in their ability to defend the second bill that was joined tonight if we truly wanted to have an honest conversation on the two issues before us. I believe in a woman’s right to choose. But I also believe in a woman’s right to have a safe, confident visit with a doctor.”

Others defended the expansion, arguing that there are people who see and trust healthcare professionals all the time who do not have an MD. “I hate to wait three weeks for an appointment. I had to drive 40 minutes from my home. I had to cross a barrier of protesters yelling and grabbing at me and go through a procedure in a room full of strangers, and see a provider I didn’t know – a team of providers I didn’t know – and would never see again,” said Rep. Aimee Berger-Girvalo, D-Ridgefield, recounting her own experience terminating a pregnancy as a teenager.

Berger-Girvalo said that while she doesn’t regret the decision, she remembers it as frightening because it was unfamiliar.

“I imagine – and I feel pretty certain – that if I were able to access this kind of healthcare by visiting my own doctor, or rather the APRN who I see every year for my physical […] I am certain that my fear would have been alleviated and I could have been seen sooner,” Berger-Girvalo said.

The bill will now go to the Senate for another vote before it can make its way to the governor’s desk. If signed into law, Connecticut would be the first state to pass a bill explicitly targeted at this new wave of anti-abortion legislation.

An Emmy and AP award-winning journalist, Tricia has spent more than a decade working in digital and broadcast media. She has covered everything from government corruption to science and space to entertainment and is always looking for new and interesting stories to tell. She believes in the power of journalism to affect change and to change minds and wants to hear from you about the stories you think about being overlooked.
Email Author
More by Author
Twitter
ProtonMail
«Previous Post
Getting High From The Ground Up: Cannabis entrepreneurs try to navigate Connecticut’s red tape»Next Post
Lamont tours DOT HQ, talks infrastructure plans