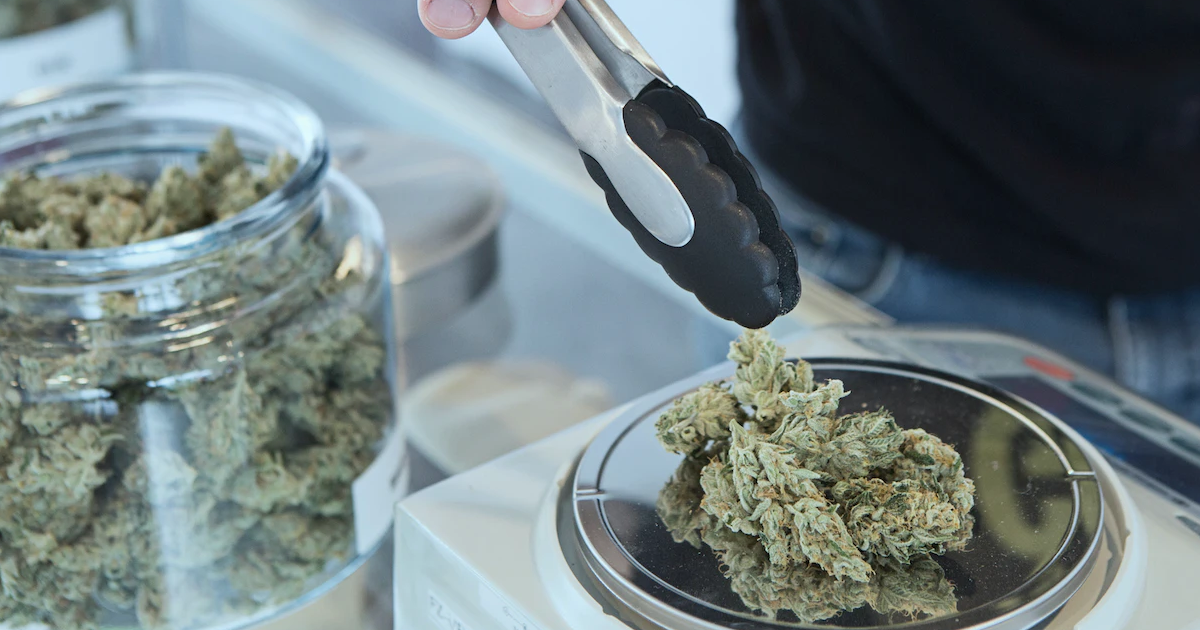 Those guardrails include capping the amount of THC in marijuana products, issuing restrictions for marijuana usage in parks, child-proof containers, health warnings on packaging and refraining from any more commercial enterprises from opening before more drug recognition officers can be trained.

“Right now, this is hitting all of Connecticut in many different ways different ways, whether we see it with wrong way driving and the increase in fatal accidents, which was warned about years ago when we were debating commercial pot, also we’re seeing the rise of children in emergency rooms from the accidental ingestion of marijuana,” said House Republican Leader Vincent Candelora, R-Branford.

According to Department of Transportation (DOT) data reported by CT Insider, 75 percent of wrong-way crashes over the two years studied occurred when the driver was under the influence of alcohol or marijuana or both. The American Academy of Pediatrics found increases in cannabis poisoning in children following commercial legalization.

“Now that it is legal in Connecticut, we are not doing our job as a legislature if we do not address some of the side effects of this legalization,” said Rep. Holly Cheeseman, R-East Lyme, who also said that pregnant and breastfeeding women should be warned of potential side effects for their child.

“Last year, UConn requested an additional $163,000 for additional poison control” because of increased ingestion of cannabis products by children, Cheeseman said. “It needs to be in a child-proof container and packaged in such a way that it doesn’t look like candies or cookies or something like that.”

“This is all about a commercialized market to make money. Make no mistake, they’re making a lot of money off of the pain of us as individuals who have to suffer through watching loved ones become addicted or their lives ruined through this drug,” Candelora said.

Republicans say their Democrat counterparts are praising the legalization of sales without addressing the consequences and limiting the ability of police to stop and search drivers suspected of driving under the influence of marijuana.

Saying there is also a law enforcement side to these proposals, Candelora said they were calling on the Department of Consumer Protection to suspend approval of additional sales outlets until there can be more drug recognition officers in place and they can fully understand how to properly enforce marijuana use and driving laws.

“If you had somebody go to a daycare to pick up their child and they were visibly intoxicated, smelled like alcohol, but if they reek of marijuana, can you say anything? Can you do anything? What does the law say? It’s not clear,” said David Rutigliano, R-Trumbull.

“We would like to see required education if you’re under 16 or 17 and taking drivers ed., you need to have a special module on the dangers of driving while intoxicated. There is, again, no safe level of marijuana intoxication when you’re driving,” Cheeseman said “Massachusetts has instituted this requirement in education, and we believe Connecticut should so as well.”

Saying the 2021 bill legalizing recreation marijuana was “bad bill” that was passed in the dead of night, Candelora questioned “why are we encouraging the public consumption of marijuana.”

“What was the public policy for that provision? We don’t think it’s a good idea. We think it should be repealed,” Candelora said. “We need to pull the brakes on it, be more responsible and rewrite the dialogue on how we talk about it.”

While the Department of Consumer Protection (DCP) can limit the amount of THC in marijuana products, Candelora said they don’t want to wait for the DCP to issue such restrictions and feel it should be done legislatively.

Republicans have submitted a bill proposal outlining their guardrail proposals and hope to have a public hearing and push it through the General Assembly.

Marc worked as an investigative reporter for Yankee Institute and was a 2014 Robert Novak Journalism Fellow. He previously worked in the field of mental health is the author of several books and novels, along with numerous freelance reporting jobs and publications. Marc has a Master of Fine Arts degree from Western Connecticut State University.
Email Author
More by Author
Twitter
ProtonMail
«Previous Post
After months of job growth, labor market cools down»Next Post
Willard Correctional Institution to close in April