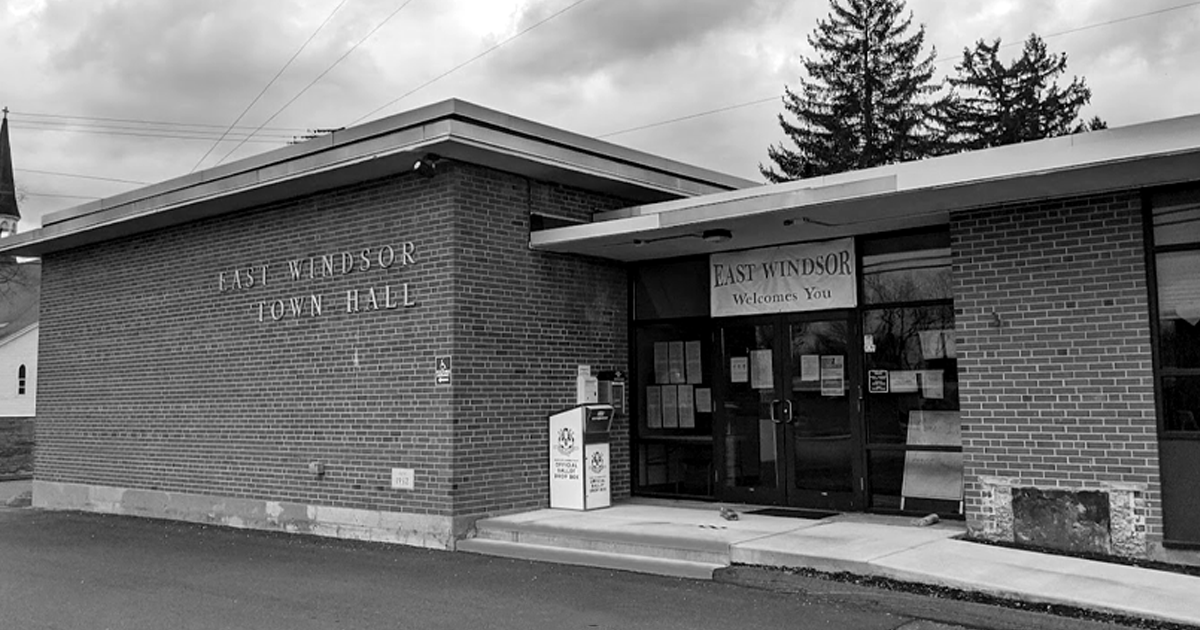 On October 24th, I initiated a formal written complaint to the East Windsor Ethics Commission. The short complaint addressed avoiding the appearance of impropriety (i.e., the “optics”) with a town employee, Joe Sauerhoefer, who holds the position of Deputy Director of Public Works and had been appointed to both the Town Planning & Zoning (P&Z) Committee and the Building Commission.

In his Public Works position, he collects and decides on contractor bids for town projects, with significant funding involved. Simply stated, this looked wrong, and I questioned it; others had also questioned this in the past, but not formally and nothing ever came of these previous inquiries. My complaint did not allege any wrongdoings at all; accordingly, no such evidence was presented. My complaint also did not cite state law C.G.S. Sec. 7-421 which explicitly prohibits his appointment to the P&Z Committee. At the time of my complaint, I was not aware of the state law. Absent Town Charter or ordinance exclusions, which the town does not have, his P&Z appointment was clearly illegal.

On November 2nd, Sauerhoefer unexpectedly resigned from both positions. No specific reasons were publicly provided. On November 3rd the Ethics Commission held a hearing regarding the complaint in an executive session. In attendance were First Selectman Bowsza, Deputy First Selectman Marie DeSousa, and Director of Public Works Len Norton. It is odd that the hearing proceeded even though Sauerhoefer had resigned the day before, none of the town officials present spoke about the resignations, and the Commission did not appear to know about the resignations.

The minutes of the meeting state, “The vote was unanimous to dismiss the complaint”, which is notably different than the response I received. The letter I received from the Ethics Commission states: “there was no ‘personal or financial gain’.” This was specifically cited in determining that no violation had occurred and referenced section 2.5 of the town’s ethics ordinance. It still puzzles me that this was noted instead of the “optics” gist of my complaint.

Subsequently, on December 1st at the regular Board of Selectmen meeting, Sauerhoefer’s resignations were discussed. The minutes of the meeting show much disappointment regarding his departures. Present as an observer at the meeting was a reporter from the Journal Inquirer paper who covers East Windsor. He published an article on December 2nd about the resignations. The headline on the first page of the printed newspaper and the second page touted two things: “East Windsor Selectmen Unhappy with Resignations,” and “Ethics Commission Found No Breach of State Law on Appointments.”

Regarding the Ethics Commission’s findings, there certainly was a violation according to C.G.S. Sec. 7-421. Regarding the first headline, the official meeting minutes captured the disappointments, but not the specific language. This very pointed language, specifically quoted in the article, was “disgusting”, “violation of somebody’s due process rights”, “bullies”, “simply to try and score points on Facebook”, “blowing them up on Facebook”, etc.

For the record: I do not post much on Facebook but when I do I post to A Better East Windsor, an open group where I do not get censored for my nominally conservative views. I did post several times in response to requests for details. One such request and posting was the complaint itself; another was facts related to the entire situation.

At no time did I allege misconduct or anything personal. Now, considering the simplicity of the complaint, the timings, the resignations, the Ethics Commission’s actions, and the BOS response, it is more than clear that the bullying is on the part of our BOS, nowhere else. It shows the petty mentality of the town administration, First Selectman Jason Bowza and the Board of Selectman, who are engaging in venomous name-calling regarding a seemingly innocuous Ethics Complaint.

With all due respect, Bowza is the bully by defiling my character on a forum far bigger than a measly Facebook group with 150 followers. Their political elbows are sharp indeed and are part of the least transparent East Windsor administration ever.

Regarding the Journal Inquirer, I personally spent over an hour with the reporter explaining to him the other side. With the best of intentions, he most certainly did not want to capture the errors and mischaracterizations outlined above in his article. I specifically asked the reporter for an appropriate retraction of the relevant parts of his article. Thus far, after a week, there has been no response; none at all. How long should I wait?

William Dove is a resident of East Windsor

Have an opinion to share? Email your opinion submission to [email protected]

CII welcomes submissions of opinion articles on any topic relevant to the people of Connecticut. Submissions must be exclusive to us and should be between 550-800 words. You can read more about our guidelines for submission at https://insideinvestigator.org/submit-an-op-ed/ To submit an op-ed, email [email protected] with the text of your op-ed in line, we will not open attachments.
Email Author
More by Author
«Previous Post
AG Tong signs onto letter supporting FCC proposal to block robotexts»Next Post
Connecticut awards $20 million tech contract to Infosys