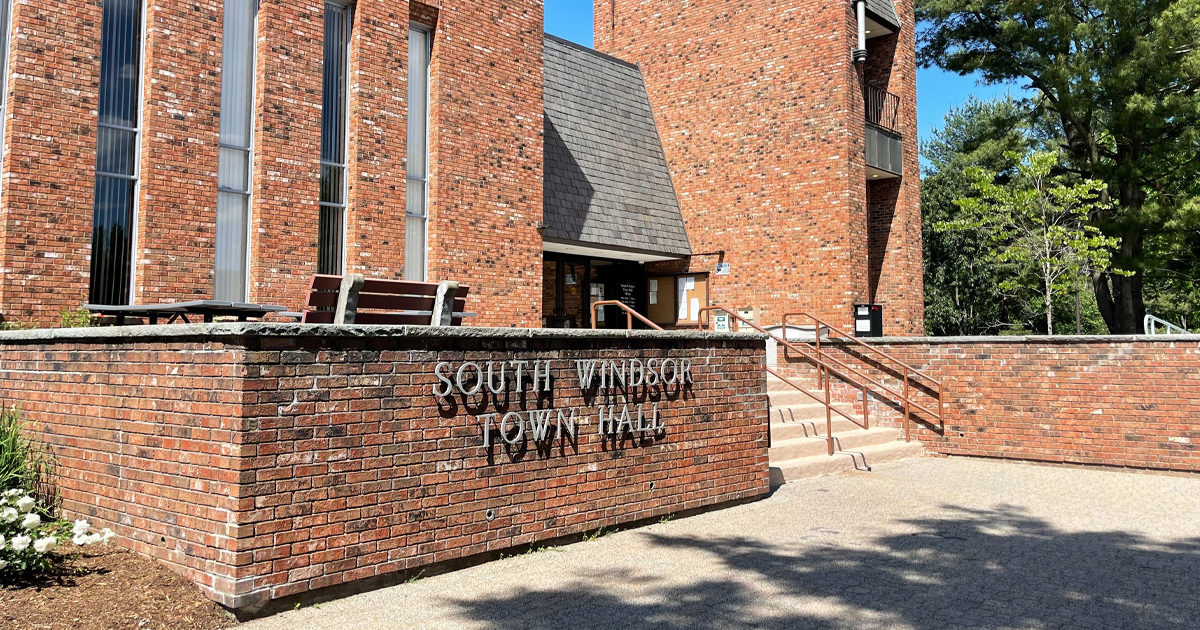 Guns are on the agenda in South Windsor today, as the nation plunges back into the heated debate over gun control following a string of mass shootings across the country. The South Windsor Town Council will take up the question of whether to allow open carry of firearms in municipal buildings at Monday night’s meeting.

The council will be discussing a new proposed ordinance that would restrict the ability of citizens to openly carry firearms or “electronic defense weapons” – defined as things like stun guns or other energy conductive devices – on municipal property. Weapons are already prohibited in school zones due to the federal Gun-Free School Zones Act.

It should be noted that the ordinance wouldn’t prohibit the carrying of such weapons in municipal buildings entirely. Those in possession of pistols, revolvers, or electronic defense weapons would be required to conceal them “so as to promote peace, good government, and welfare of the Town.”

Additionally, anyone in possession of a weapon inside a municipal building under the ordinance would need to provide proof of a valid permit at the request of law enforcement. Law enforcement would be exempt from the ordinance.

If passed, anyone who refuses to comply with the ordinance would be asked to leave municipal buildings. Those who refuse to do so would be subject to arrest for trespassing.

The Town Council plans to discuss the proposed ordinance at Monday night’s meeting at 7 pm.

An Emmy and AP award-winning journalist, Tricia has spent more than a decade working in digital and broadcast media. She has covered everything from government corruption to science and space to entertainment and is always looking for new and interesting stories to tell. She believes in the power of journalism to affect change and to change minds and wants to hear from you about the stories you think about being overlooked.
Email Author
More by Author
Twitter
ProtonMail
«Previous Post
Lamont: A cannabis leaf for me but not for thee»Next Post
Head of Connecticut’s truckers association announces departure