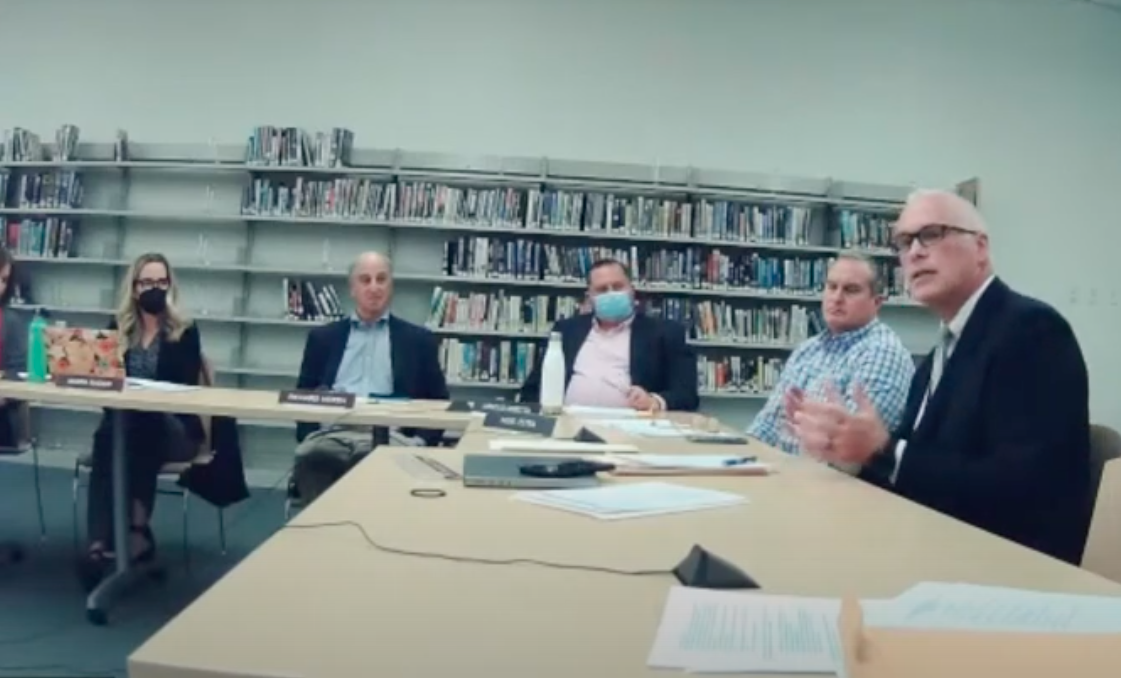 During a May 9 meeting of the Guilford School Board, Guilford Superintendent Paul Freeman said lingering tensions over the 2021 school board elections, which garnered state and national headlines over accusations of race-based teaching, is hampering the district’s ability to fill positions left vacant by retiring teachers and administrators.

Freeman said the loss of teachers and administrators is not only a problem for Guilford; stress and problems brought on by the COVID-19 pandemic is contributing to the loss, he said, but added that Guilford faces an additional level of pressure.

“I do want to share that in Guilford specifically, and some other communities similar to Guilford, there has been an additional weight, an additional stressor that has been layered on teaching staff and our leaders,” Freeman said. “The additional weight that I’m talking about has to do with the conversation we’ve been having in the community about race and equity and social justice, and the ways in which we are having that conversation.”

Freeman cited letters to the editor and social media posts regarding the school’s teaching and equity policies which imply that “parents shouldn’t be trusting the teachers and school administrators who are shaping the experience for their children in Guilford.”

During the 2021 school board elections in Guilford, a slate of Republican candidates ousted incumbents in a primary to run for school board, led largely by accusations that the school was using Critical Race Theory to guide teaching in the school system, mimicking similar fights in schools across the country.

The challengers, however, were unsuccessful in their bid for school board election. Despite the loss, it appears tensions within the town have continued, playing out in letters submitted to local news website Zip06 and posts to social media.

A review of many of those letters show continuing pushback against the school’s equity and social justice initiatives, concerns about a student who wore a gas mask into school, and a general distrust of the school system’s governing board.

Those letters are often met with counterarguments by writers defending the board, the superintendent and supporting the board’s decisions and teaching guidelines.

“I have never experienced that tenor in this community before,” Freeman said.

Added into the mix and discussed during the school board meeting was a letter sent to board members and teachers by No Left Turn Guilford, a local chapter of the national No Left Turn organization.

No Left Turn Guilford states its organizational goal is to “Educate the citizens of Guilford about Critical Race Theory (CRT); to expose the evil that this theory poses for our children, our community, and our country; and to end the indoctrination of our entire Guilford School Community with this Marxist, racist, anti-American ideology,” according to their website.

The letter – a position statement regarding Guilford Schools’ Curricula Audit – insists that “whatever policy changes, teacher contract changes, teacher evaluation changes, curricula equity changes, etc. are adopted as a result of this report, comply with existing State and Town statutes,” and that any policy recommendations “must not be implemented without substantial input from the community.”

The letter ended with the concluding lines of “We are concerned, we are informed, and we are watching,” which Freeman and the school board found disturbing.

“I am urging, urging this community to change the tone of discourse please, to change the way we think about what we think teachers are doing every day, to give them the support they need to do the really important, expert and professional job they do in this district,” said board chair Kathleen M.B. Balstracci.

“We’re talking about a relatively small amount of people having a large, negative effect,” said Board member Richard Hersch. “Rather than inadvertently tarring the community, I would just assume tar the people who are polluting the environment or infecting it.”

“I think the only way we can fight that is by naming it and by us all saying we’re not going to take it,” Hersh continued.

Following the school board meeting, more letters to the editor were published decrying both Freeman and Hersh’s comments as “dangerous rhetoric” and “fear mongering,” according to one writer.

Tagged under: CRT,education,Guilford School Board

Marc worked as an investigative reporter for Yankee Institute and was a 2014 Robert Novak Journalism Fellow. He previously worked in the field of mental health is the author of several books and novels, along with numerous freelance reporting jobs and publications. Marc has a Master of Fine Arts degree from Western Connecticut State University.
Email Author
More by Author
Twitter
ProtonMail
«Previous Post
Mohegan Tribe, Yale University team up for app to combat problem gambling»Next Post
Connecticut Retirement Authority board falls victim to the budget