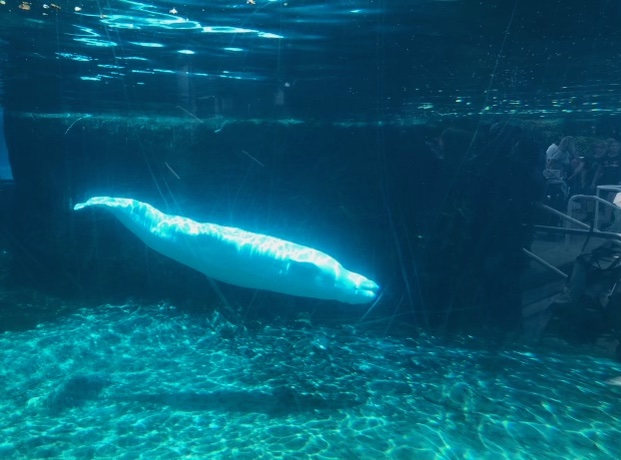 An accusation that employees of Mystic Aquarium did not notify a veterinarian promptly ahead of a beluga whale’s death at the facility is one of several in a newly released report from the US Department of Agriculture.

The report from an inspection last September states that staff monitoring the health of a whale named Havok did not call the facility’s vet, despite observing an increase in abnormal behaviors. The report states that “The facility failed to provide adequate veterinary care by not using appropriate methods to prevent, control, diagnose and treat diseases during Havok’ s last eight hours.”

Havok was one of five beluga whales brought to the facility from Canada last year. Since Havok’s death, another of those whales has also died following months of treatment in intensive care.

“Our team provided a continuum of world-class care to this whale for many months,” said Chief Zoological Officer, Allison Tuttle in a statement this past February. “When an animal passes in the wild, it is the circle of life. When it happens at an Aquarium, with an animal you have grown to know, care for 24/7 and adore, it is devastating.”

The USDA’s report also notes at least two instances in which Havok was injured at the facility. Once, when he was startled by an attempt to retrieve an object dropped by a visitor and slammed into the gate between the main pool and holding pool. The second cited an instance where Havok injured himself on surfaces of the enclosure itself.

Representatives from Mystic Aquarium have taken issue with the USDA report saying in a statement, “while we do not agree with some of the findings, we respect USDA’s feedback and are always working to continuously improve. We are committed to providing world-class care to all the animals that call Mystic Aquarium home.”

An aquarium spokesperson said that they are addressing the concerns from the USDA and that a follow up inspection report found no concerns from the department. “Mystic Aquarium appreciates USDA’s vigilance and aligns with the welfare of all animals being of utmost importance.“

The aquarium is home to six other whales, including three more in the group from Canada. One of those whales remains in intensive care but, according to the spokesperson, “has made significant improvements and continues to be clinically well.”

An Emmy and AP award-winning journalist, Tricia has spent more than a decade working in digital and broadcast media. She has covered everything from government corruption to science and space to entertainment and is always looking for new and interesting stories to tell. She believes in the power of journalism to affect change and to change minds and wants to hear from you about the stories you think about being overlooked.
Email Author
More by Author
Twitter
ProtonMail
«Previous Post
Don’t outsource trucking decisions to California»Next Post
Data privacy bill passes Judiciary Committee with concerns