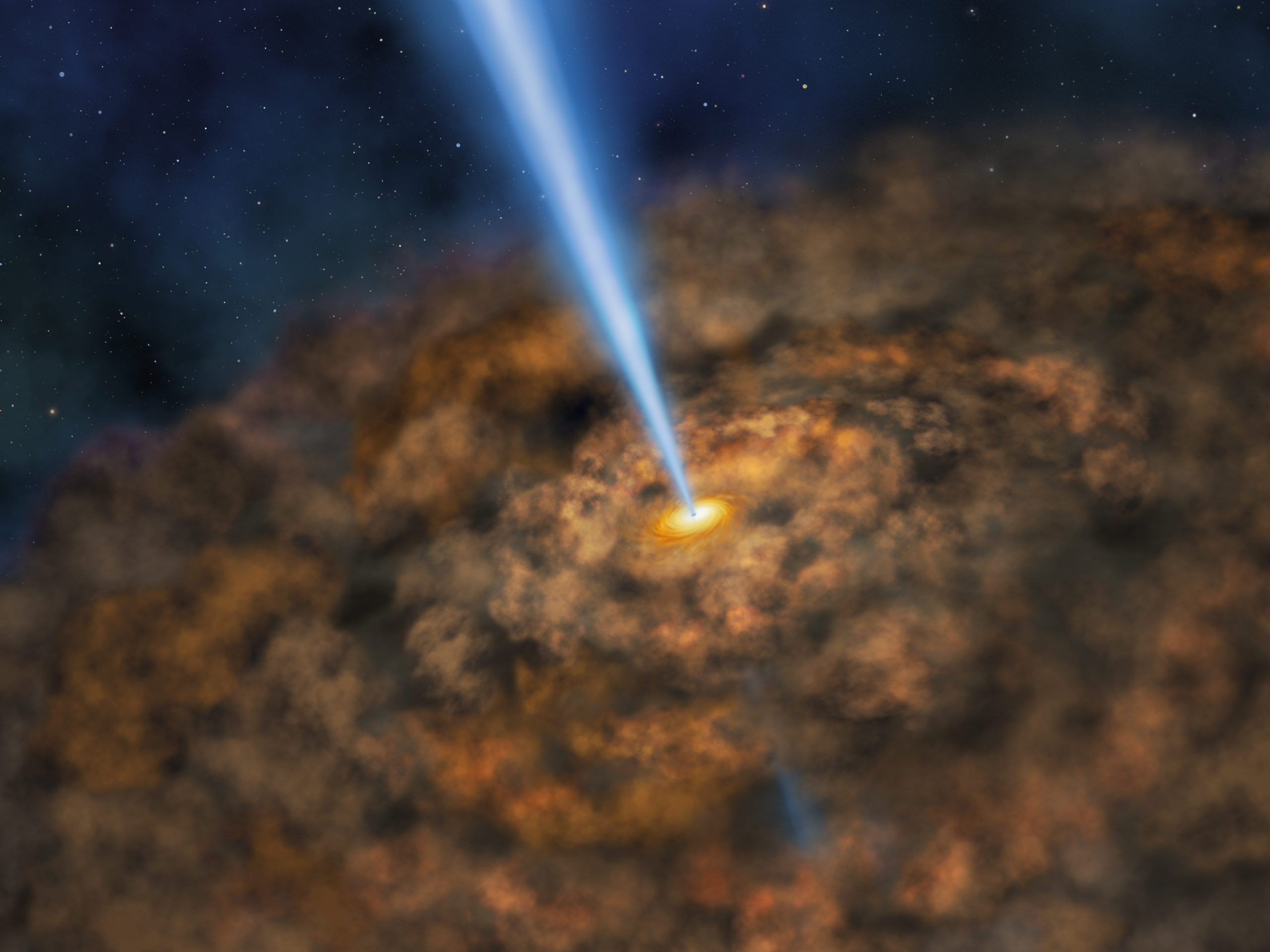 Artist illustration of the thick ring of dust that can obscure the energetic processes that occur near the supermassive black hole of an active galactic nuclei.

An international team of scientists has given themselves a monumental task. Using specialized equipment, the group has set out to observe and catalog supermassive black holes throughout the universe. Now they’ve published the first set of data from the project, providing an unprecedented census of some of the most powerful — and still growing — objects in existence.

It’s called the BAT AGN Spectroscopic Survey (BASS) Project and it utilizes data from NASA’s Swift satellite as well as some of the largest ground-based telescopes around the world to compile information on more than 850 growing black holes. They’re compiling data on the physical parameters that make up the supermassive black holes that form the center of most galaxies. The team includes several scientists from Yale University in New Haven.

“We joined the BASS Project because of our keen interest in understanding the growth and evolution of supermassive black holes,” C. Megan Urry, the Israel Munson Professor of Physics and Astronomy in the Yale Faculty of Arts and Sciences and director of the Yale Center for Astronomy & Astrophysics, told Yale News.

Supermassive black holes are the densest objects in the universe, several million times denser that the sun. They emit a gravitational pull so great that not even light can escape their grasp. In fact, that’s what makes them so difficult to observe. As matter is pulled close to the black hole, it becomes a super-heated gas that obscures the black hole itself.

And that is exactly the problem the BASS Project has worked to overcome, utilizing “very high x-ray energies” to view both obscured and unobscured objects, according to Urry.

The data can be used to understand both the black holes themselves and the effect they have on their host galaxies.

According to Yale News, Urry was just one of several Yale scientists contributing to the project. Others include “Lea Marcotulli, a postdoctoral associate in physics; Mislav Baloković, postdoctoral fellow at the Yale Center for Astronomy and Astrophysics and the Department of Physics; and former Yale graduate students Tonima Ananna and Meredith Powell.”

An Emmy and AP award-winning journalist, Tricia has spent more than a decade working in digital and broadcast media. She has covered everything from government corruption to science and space to entertainment and is always looking for new and interesting stories to tell. She believes in the power of journalism to affect change and to change minds and wants to hear from you about the stories you think about being overlooked.
Email Author
More by Author
Twitter
ProtonMail
«Previous Post
Hartford legal clinic offers second chance for convicts»Next Post
Allegations of racial discrimination at Avon DOT garage unsubstantiated