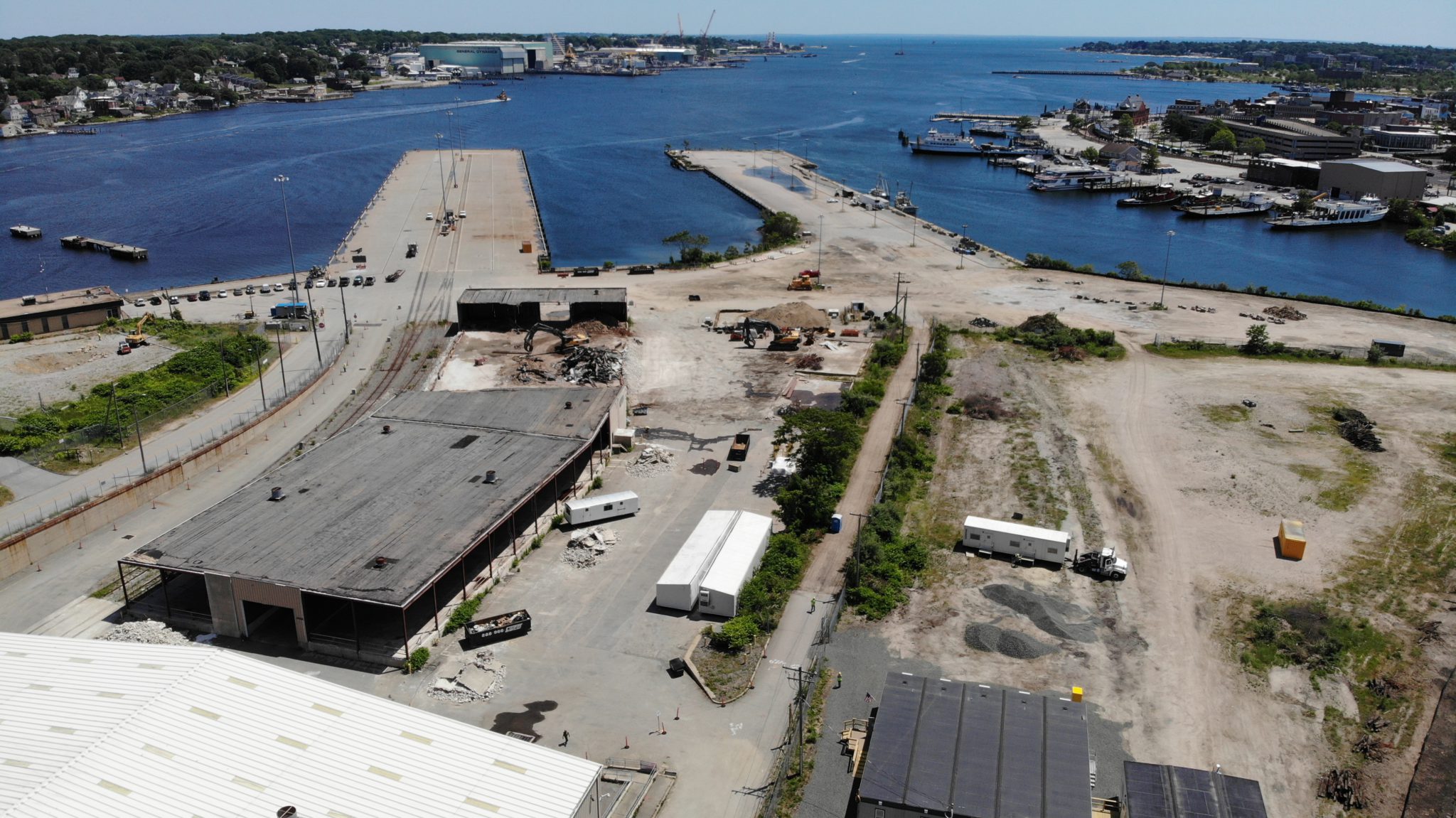 The United States Army Corps of Engineers (USACE), tasked with permitting parts of the State Pier project in New London, took exception to Kevin Blacker being appointed as representative of the New London Maritime Society (NLMS) to consult on the historic significance of the site and moved to have him replaced, according to emails received under a Freedom of Information request and forwarded to CT Inside Investigator.

The Central Vermont Rail Road Pier (CVRR) – part of the State Pier – is designated as a U.S. historical site and therefore needed a memorandum of agreement between the Corps of Engineers and “individuals and organizations with demonstrated interest in the Project and its effects on historic resources,” to mitigate the project’s effect on the historic site.

When the architectural historian for AECOM, the State Pier project’s construction administrator, reached out to New London Maritime Society Executive Director Susan Tamulevich to see if the NLMS wanted to be a consulting party, she listed Blacker as their representative.

Blacker has been an outspoken opponent of the State Pier project, which will convert the State Pier to a staging area for a joint-venture offshore wind farm by Everource and Danish company Orsted, and Blacker’s opposition apparently didn’t sit well with the USACE nor AECOM.

“Joe, please advise. Is this for real?” replied Michael Garbolski of AECOM.

“This is a conflict of interest since he has publicly opposed the project,” Diane Ray of USACE wrote to USACE General Counsel Matthew J. Harris. “I would like to deny his participation.”

But Counsel Harris said Blacker’s opposition to the project was not justification from having him excluded.

“I don’t think Mr. Blacker’s personal opposition to the project alone is sufficient reason,” Harris wrote, noting that, in theory, Blacker would be representing the interests of the Maritime Society, not his own. “There is also no requirement that consulting parties be in favor of the project. Consulting parties can make suggestions and requests but we are free to reject what they propose.”

Ultimately, the USACE and AECOM moved to have Brian Rogers, a librarian who curated an online State Pier exhibition, represent the NLMS instead, and Blacker was made a back up representative. Interestingly, Rogers had also recommended to Tamulevich that Blacker should be the representative, according to the emails.

The emails were obtained by Blacker when he filed a Freedom of Information request to find out how and why he’d been pushed out from discussions. “[Diane Ray of USACE] is supposed to be the regulator and she was working with the applicant (AECOM) to exclude me,” Blacker said when reached for comment. “It’s not fair.”

Blacker says Tamulevich knew of his opposition to the State Pier project prior to recommending him as a representative and that they’ve known each other for years. “I can’t say enough good things about her,” Blacker said. “She’s a good person.”

The parties eventually reached a deal a few months after the email exchange to replace Blacker, according to the MOA posted online by the New London Day.

In addition, the CPA was required to document photographs of the State Pier prior to construction, create a booklet discussing the history of the site and create a website “that will digitally illustrate the history and timeline of the CVRR Pier,” according to the MOA.

Blacker requested the Advisory Council on Historic Preservation (ACHP) “provide written advisory opinion” regarding his exclusion from the process and the USACE issuing a second MOA to remove the provision allowing for public objection.

However, Harris responded to Blacker’s complaint by denying that he was excluded from the historical mitigation process.

“You were not excluded from participating in the review of the SPII Project as a member of the public. You submitted a comment on August 7, 2020, which the Corps considered. (Doc. 2). You have otherwise been heavily involved in the public process surrounding the Corps permit,” Harris wrote in a June 16 email, noting that it was ultimately Tamulevich’s decision to make Rogers the primary consultant.

The State Pier project has faced numerous issues since the project began, including an escalating price tag that grew from $95 million to $255 million with the latest round of bonding by the State of Connecticut and contractual issues highlighted by the State Contracting Standards Board.

Marc worked as an investigative reporter for Yankee Institute and was a 2014 Robert Novak Journalism Fellow. He previously worked in the field of mental health is the author of several books and novels, along with numerous freelance reporting jobs and publications. Marc has a Master of Fine Arts degree from Western Connecticut State University.
Email Author
More by Author
Twitter
ProtonMail
«Previous Post
Report shows racial and ethnic disparities in earnings and education across Connecticut»Next Post
Thinking of going solar? CT AG issues warning to consumers