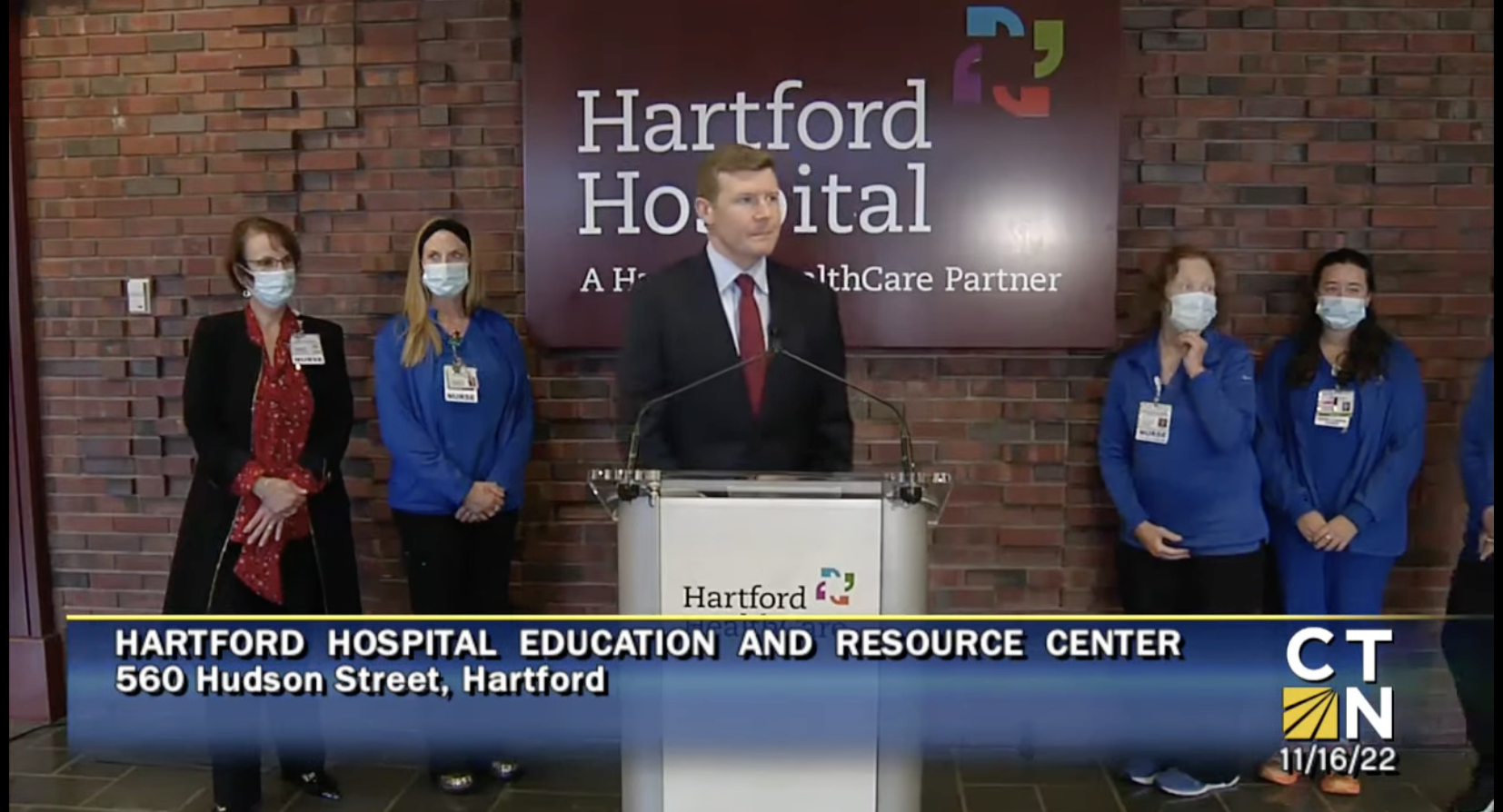 The legislature already allocated $30 million for the program to award bonuses upwards of $1,000 for those workers, but following hundreds of thousands of applications, the bonus amounts were dramatically decreased.

Standing beside nurses at Hartford Hospital today, Scanlon said more people applied for the program than the legislature originally estimated. “We had an unprecedented number of people who actually applied for it,” Scanlon said.

According to Scanlon, 206,383 workers applied for the bonuses, however, after determining eligibility, the number was whittled down to 134,010 fully eligible workers.

Although the General Assembly envisioned bonuses topping out at $1,000, based on the number of applications, the most that could be awarded to workers is $232.66.

Scanlon said he is releasing these numbers to urge the General Assembly to fully fund the program so the state can “keep the promise,” and get the bonuses as close to that $1,000 figure as possible.

Scanlon said a similar program called the Essential Workers Program has received far less uptake and that $30 million in funds for that program could potentially be reallocated to the Premium Pay Program, leaving the General Assembly to find an additional $62 million.

“And then we’re really talking about being halfway toward a solution for this,” Scanlon said. “Certainly, we have a very good situation happening now with the state budget. I’m the finance chair of the legislature, we have a historic surplus of $2.8 billion in the current fiscal year.”

Scanlon is calling for the program to receive additional funding in an upcoming special session by General Assembly to approve a continuation of Connecticut’s gasoline tax holiday past it’s December 1, expiration date.

Scanlon said time is of the essence for fully funding the Hero Pay program because, under the law, the Comptroller’s Office has to act by January 1, 2023.

Scanlon won election to become Connecticut’s next Comptroller, however, currently remains a state representative and will be voting on the matter if it is taken up in special session.

A similar program to award pandemic bonuses to state employees is currently in arbitration after the Lamont administration and the State Employees Bargaining Agent Coalition (SEBAC) reached an impasse over how the funds would be distributed.

Marc worked as an investigative reporter for Yankee Institute and was a 2014 Robert Novak Journalism Fellow. He previously worked in the field of mental health is the author of several books and novels, along with numerous freelance reporting jobs and publications. Marc has a Master of Fine Arts degree from Western Connecticut State University.
Email Author
More by Author
Twitter
ProtonMail
«Previous Post
Study: Common gene variant could affect how your body responds to COVID-19»Next Post
State audit of DDS finds non-compliance with laws and regulations