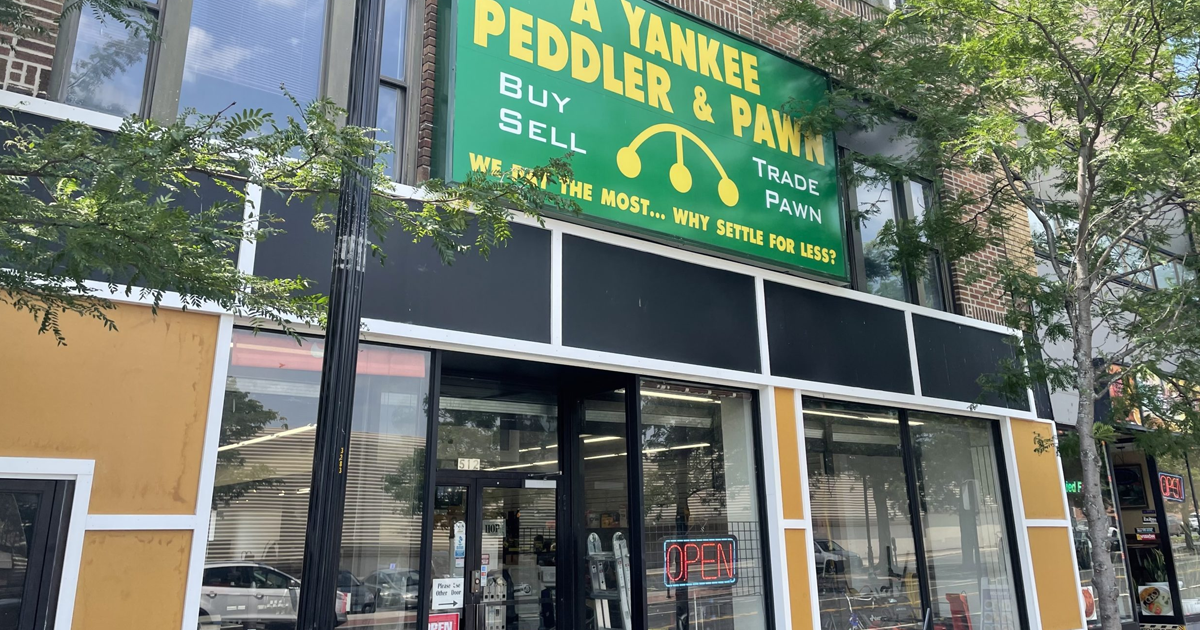 Jason King, owner of A Yankee Peddler & Pawn Shop in New Britain, says his shop is “busier now than we’ve ever been,” with new faces joining the familiar ones who come into his shop looking to pawn or sell items.

“I don’t think this economy discriminates in who it affects,” King said, surrounded by electronic equipment, power tools and locked cases of jewelry. King says that some customers are coming in to get gas money.

“I’ve heard ‘gas’ more than I have in the past, just because, obviously that’s been blowing up, and I guess it’s coming back down a little bit,” King said, adding that his own commute is roughly 100 miles. “It affects everybody, especially those who are maybe driving for a living or work for themselves, or their commute is long. But I definitely hear ‘gas’ more.”

Jay Sargent, owner of TC’s Pawn Company in Waterbury and president of the Connecticut Association of Pawnbrokers, says over the last six months he’s seen more people coming in to sell or pawn, and the demographics of his customers has shifted slightly.

“With inflation and the price of gas, people having trouble buying food and basic necessities, so we see a different variety of people coming in than we used to see a couple years ago before the pandemic,” Sargent says. “They’re even more middle-class type people. There’s all different groups. You see more of the everyday, hardworking people needing that extra little bit to get by, put gas in their car.”

“They’re working people, so they need money to get to work. You hear that a lot, more and more in recent months with the price of gas going up so high,” Sargent said.

Sargent says the other pawn brokers and shop owners he communicates with are basically reporting the same thing: times are tight, and people need cash.

The newest inflation numbers came in red-hot at 9.1 percent, driven in part by gasoline – which has been trending lower in recent weeks — and food. But other basic necessities, like rent, also increased by the highest rate since 1986. According to a survey by MagnifyMoney, 70 percent of Americans believe a recession is around the corner.

In Connecticut, the legislature and Gov. Ned Lamont suspended the state gasoline tax for the remainder of the year to help ease the price pressure, along with child tax rebates up to $750, part of a tax cut package passed in this year’s budget adjustment.

Like gasoline prices, used car prices began to slide back down in recent months, but the latest inflation report showed prices up 1.6 percent.

While some economists believe inflation may have peaked, for the time being, people are still struggling and increasingly turning to pawn shops in order to get some fast cash by selling personal items or maybe emptying the attic.