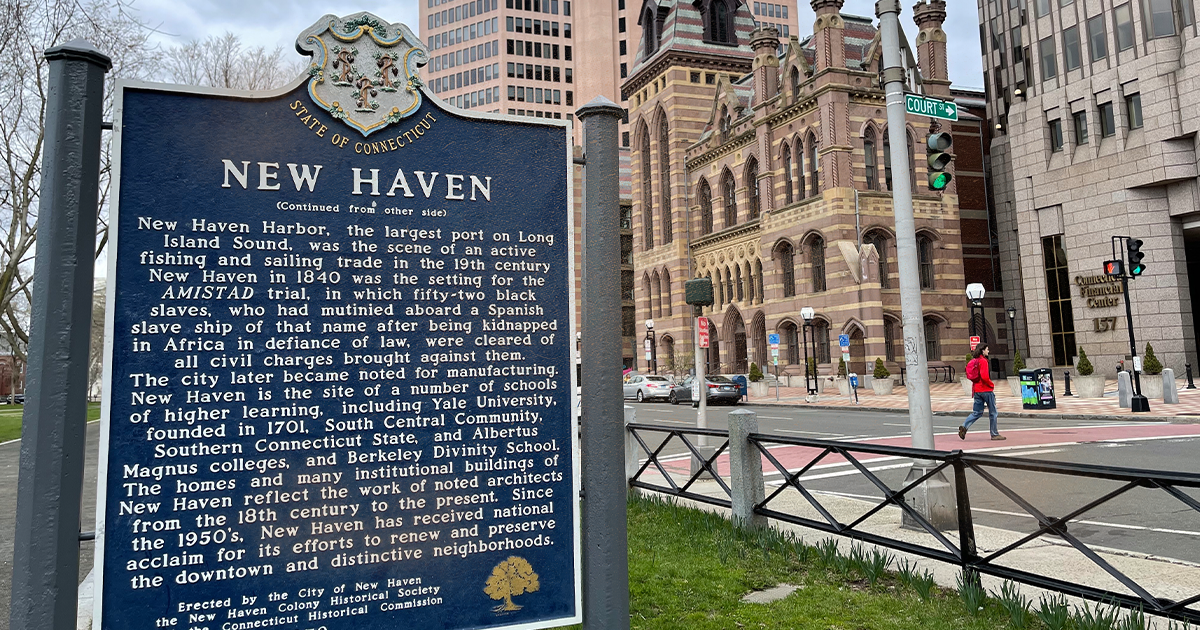 New Haven County topped the list of counties most representative of the typical American experience, ranking 4th in the country, according to a study by Echelon Insights based on U.S. Census data and the 2020 presidential election, part of their Middle America 2022 project to find which counties most represent the United States as a whole.

“Ever since the saying ‘Will it play in Peoria?’ pollsters and marketers have sought after the one elusive ‘test market’ that could help them divine which products and candidates would succeed or fail when they went national,” the organization wrote. “In 2018, we introduced the Middle America Project to answer just this question.”

Equating New Haven County to “Middle America” might seem like a stretch for some, but the numbers show New Haven County – which includes a wide socio-economic range of municipalities, from struggling cities like Waterbury to the more wealthy suburbs of Guilford and Madison – is more representative of America as a whole than nearly every other county in the country.

The study notes that many New England counties scored well on their assessment. “The reason why is that they have a lot of suburbs,” the study said. “At the midpoint between big cities and rural areas, suburbs and small cities tend to score highest on the Middle America Project, and there are plenty of those along the coasts.”

With a population of more than 866,000 residents, the county had a median income of $69,751, and a median age of 40.6 with 31.78 percent of residents having a college degree. New Haven County’s income, education and racial makeup was in line with national averages, according to the data.

Taking 4th place in the most “average” counties for New Haven County, though, is a big swing from Middle America Project’s 2018 ranking, which put New Haven County in 30th.

Stephen Kent, Director of Operations for Echelon, says that New Haven’s shift from 30 to 4th was largely due to voting trends. “What shifted them to more average was voting behavior on par with the rest of the country. The 2020 election voting patterns has a lot to do with that.”

“One of the things you see in New England in general is not a lot of urban, rural polarization, so you end up with a lot of counties scoring near the middle in the 2020 vote and New Haven County is one of those,” Kent said. “That’s indicative of a lot of other things. The voting pattern of any person or area is connected to other demographic markers downstream.”

One standout was Fairfield County, which ranked 1,249, largely due to its high income and education levels, which more closely mirrored Westchester County than any other Connecticut area.

Kent says that as the United States changes, advertisers, pollsters, media and politicians also have to update what they think of when trying to home in on the average American experience.

“When they are thinking about what the average, median everyday American experience is like, they need to update what their view of that are,” Kent said, noting that many people picture cornfields in the Midwest as the “typical” American place.

“That perception is very much baked into our political norms, but as our country grows and expands and the face of what an American looks like changes over time, you have to update your understanding of that as well,” Kent said. “It turns out the coasts are actually pretty representative of the rest of the country. Southern California and New England are great models for what the average American experience looks like today.”

Lehigh County, Pennsylvania was ranked as the most representative county in the U.S.

Connecticut lawmakers not so conservative, according to CPAC

Marc worked as an investigative reporter for Yankee Institute and was a 2014 Robert Novak Journalism Fellow. He previously worked in the field of mental health is the author of several books and novels, along with numerous freelance reporting jobs and publications. Marc has a Master of Fine Arts degree from Western Connecticut State University.
Email Author
More by Author
Twitter
ProtonMail
«Previous Post
CT had highest influx of young professionals in New England»Next Post
Connecticut launches campaign for responsible marijuana consumption