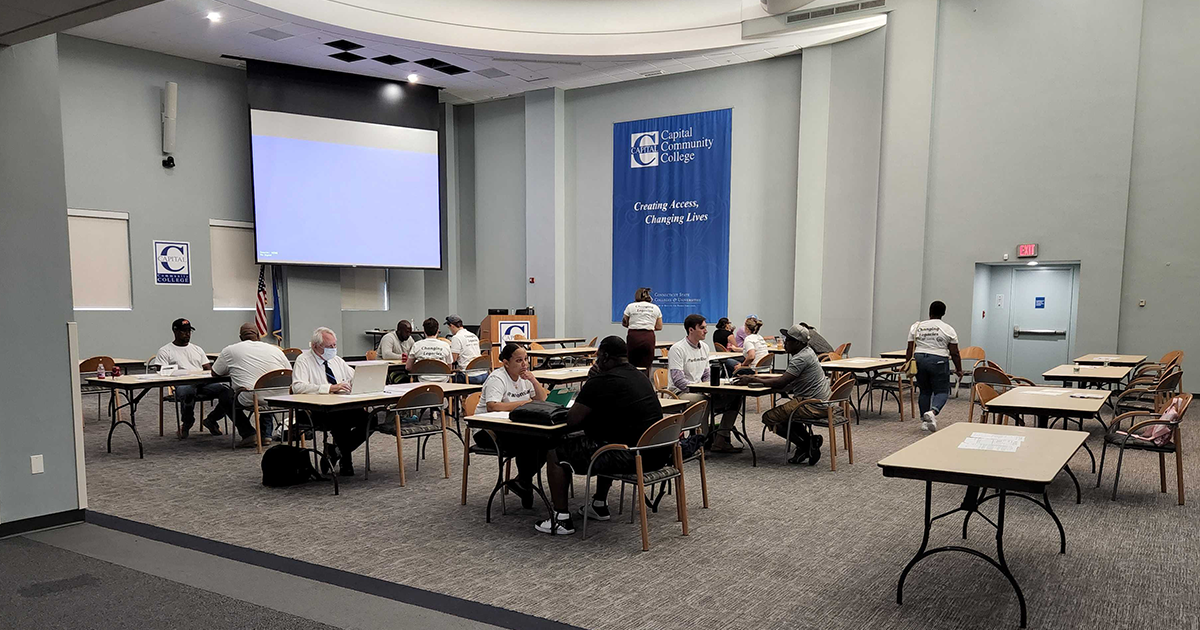 On Saturday, dozens of individuals traveled to Capitol Community College in Hartford to take the first step in clearing their criminal records. An expungement clinic, dubbed Changing Legacies, was put on by Hartford City Councilwoman and criminal defense attorney, Tiana Hercules, to help those with criminal convictions apply for a pardon.

The clinic, which had volunteer attorneys as well as law students from the Uconn School of Law in attendance, provided assistance to about 50 individuals, guiding them through the labor-intensive process of applying for a pardon. The only fee was $75 the state requires to request a person’s background report.

“That’s a big benefit to many people, many law firms charge quite a pretty penny to assist with a pardon, like upwards of $3000 at some places, and so for many who are seeking jobs and struggling because of their criminal record paying for a lawyer to do it is not really within reach,” Hercules said. “So by doing this free clinic, we’re hoping that we can really help folks who otherwise wouldn’t be able to access this.”

Having a criminal record can pose significant obstacles to a person’s employment, housing and educational opportunities. According to a report by the Center for American Progress, nine in 10 employers, four in five landlords and three in five colleges use background checks to weed out those with criminal records. 27 percent of formerly incarcerated individuals are unemployed. That number is nearly eight times higher than the national unemployment rate.

With nearly one-third of adults in the United States having a criminal record, the need for a second chance is widespread. And, as it turns out, a majority of Americans believe people should be afforded another opportunity. According to a recent survey by Kelly Services, seven in 10 Americans think that employers should eliminate or reduce blanket bans that automatically reject job seekers with minor and non-violent criminal offenses on their record.

The clinic was the first Hercules has hosted but hopes to do more in the future. She has seen firsthand the impact a clean slate can have on people.

“[I’ve had] clients who have gone on to graduate school, college, who are going on to start their own businesses, clients who have, even now, are able to run for office and different things like that,” Hercules said. “They really take the opportunity and they run with it, and it’s just like a new lease on life for many people, it truly is a second chance, it’s the ultimate way to access another chapter in your life if your criminal record has been holding you back.”

A national, award-winning journalist from Bristol, Tom has a passion for writing. Prior to joining CII, he worked in print, television, and as a freelance journalist. He has taken deep dives into sexual assault allegations by Connecticut professors, uncovered issues at state-run prisons, and covered evictions in the New Britain Herald. He chose to focus on issues based in Connecticut because this is his home, and this is where he wants his work to make the greatest impact.
Email Author
More by Author
Twitter
ProtonMail
«Previous Post
You Know the Candidates: Here’s Who They’re Working With»Next Post
Yale scientists help assemble census of supermassive black holes