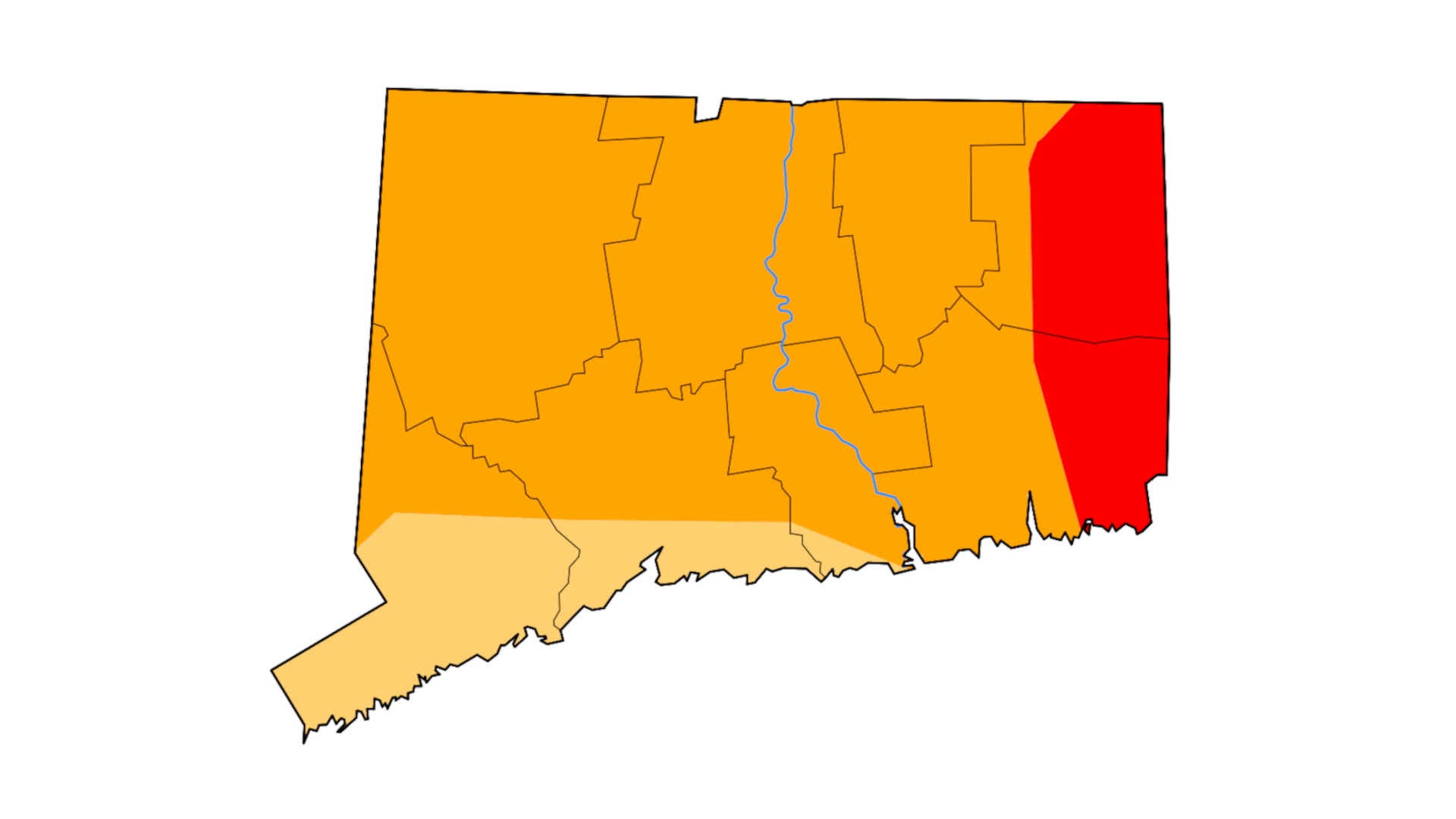 Map of Connecticut drought conditions as of August 25, 2020.

The U.S. Department of Agriculture (USDA) has officially designated New London and Windham counties as primary natural disaster areas due to the ongoing drought conditions in the state. Hartford, Middlesex, and Tolland counties have also been named contiguous counties.

Governor Lamont announced the designation on Friday, alerting farmers in those counties that they are now able to be considered for assistance from the Farm Service Agency (FSA). That assistance includes emergency loans and farmers have eight months to apply.

“This ongoing drought has certainly caused a large number of production losses for Connecticut farmers, and this federal designation will provide much-needed financial assistance for our agricultural industry and the jobs it supports,” Governor Lamont said. “I appreciate Secretary Vilsack and the Biden administration for approving this designation. I strongly encourage any farmers in these designated counties who experienced losses to reach out to their local Farm Service Agency office for information on assistance that may be available.”

According to the drought monitor map from the University of Nebraska-Lincoln, every county in the state is experiencing “severe drought” with Windham and New London counties experiencing “extreme drought.”

“Connecticut’s agricultural producers continue to face unpredictable weather patterns from flooding to drought,” Connecticut Agricultural Commissioner Bryan P. Hurlburt said in a statement. “We encourage all producers to report losses to their local FSA office, as that data is critical to receiving disaster declarations, which provide the necessary resources to ensure the viability of agriculture in our state for seasons to come.”

You can find your local FSA office here.

An Emmy and AP award-winning journalist, Tricia has spent more than a decade working in digital and broadcast media. She has covered everything from government corruption to science and space to entertainment and is always looking for new and interesting stories to tell. She believes in the power of journalism to affect change and to change minds and wants to hear from you about the stories you think about being overlooked.
Email Author
More by Author
Twitter
ProtonMail
«Previous Post
Marijuana retailers and cultivators move on in application process»Next Post
Toxic: Oil and illness in a Connecticut family’s home