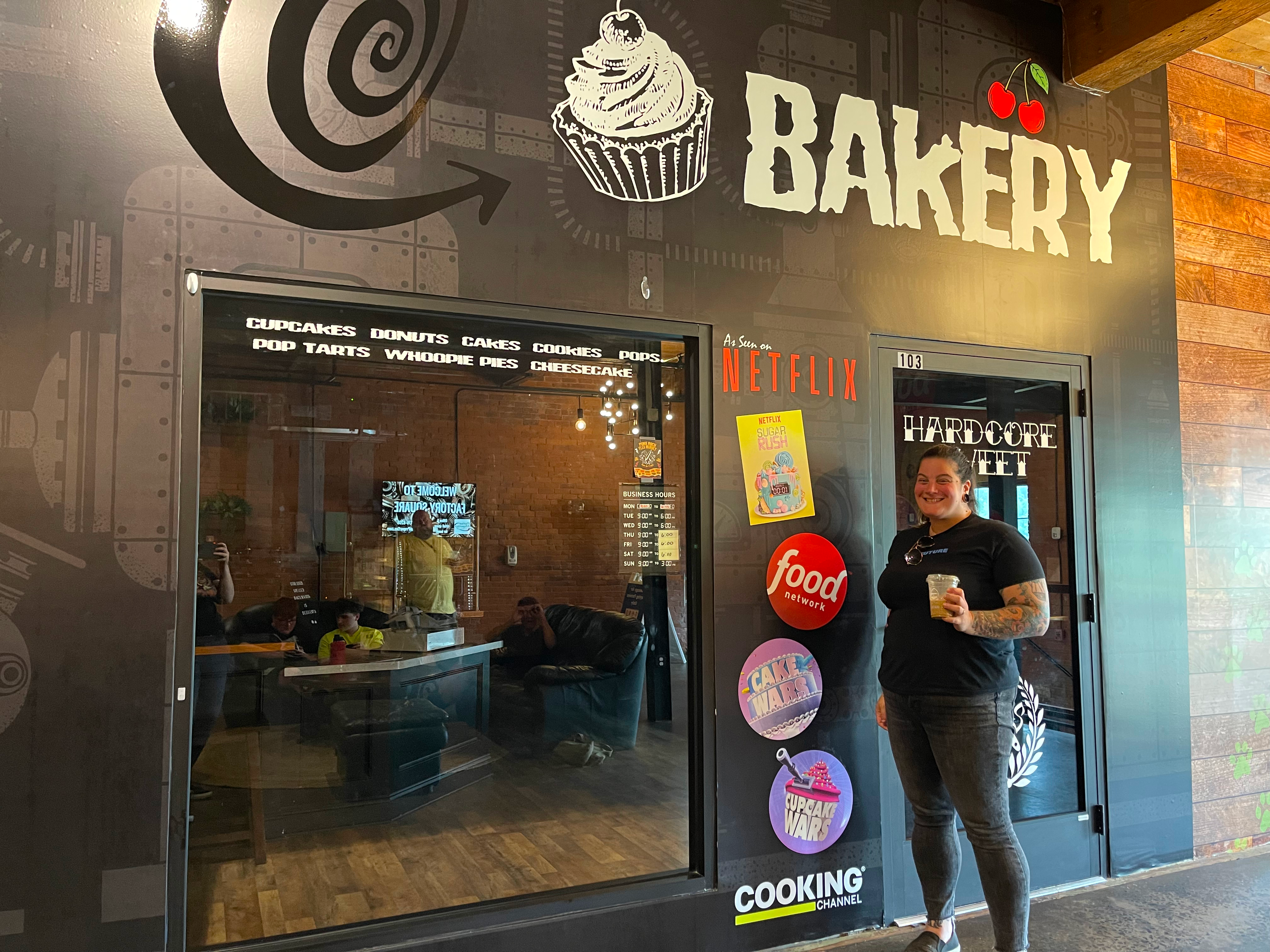 If you’re looking for something a little new and different to fill your time this weekend – or if you’re just looking for a unique piece or two to fill your home – you might want to head on down to Southington.

Hardcore Sweet Bakery will be hosting a Punk Rock Flea Market on Sunday from 10-5 at Factory Square on Center Street in Southington. The event has been a long time coming for owner Nicole Braddock who says she’s been trying to figure out how to put on an event like this for a decade.

“It’s like any type of punk rock thing. We’re not doing it to make money,” says Nicole. “We’re doing it to kind of bring people out from the sh*tty pandemic that we were in for two years and get all of these small business artists out there, selling their stuff. Getting people to shop small.”

This isn’t your typical flea market, as the name might suggest. While you will be able to find vintage clothing and décor, it’s more of an offbeat local bazaar than a selection of occasional gems in a sea of random knickknacks.

“Punk rock, if you look up the terminology, it’s really like do-it-yourself,” explains Nicole.

“Something that’s non-corporate, local, and if you’re doing it yourself, that’s what punk rock did,” adds her husband Jeremy.

The event will feature around 50 vendors, more than twice what they were initially expecting, all specializing in handcrafted, locally made items. You’ll find everything from artwork to jewelry, vinyl to vintage, and even a little taxidermy. Vendors will line the open spaces at the converted factory building the bakery calls home, which they share with several other local businesses. They’ll also have live bands and food trucks outside.

The event is free, open to the public, and will benefit Clover’s Pig Preserve (who will be on hand to sell and demonstrate pig snout art). Nicole and Jeremy say they’re hoping to make it a biannual event with another in the fall.

ConnectiCon bringing the fandom fun back to Hartford

An Emmy and AP award-winning journalist, Tricia has spent more than a decade working in digital and broadcast media. She has covered everything from government corruption to science and space to entertainment and is always looking for new and interesting stories to tell. She believes in the power of journalism to affect change and to change minds and wants to hear from you about the stories you think about being overlooked.
Email Author
More by Author
Twitter
ProtonMail
«Previous Post
Connecticut pawn shops see signs of struggling economy»Next Post
Connecticut slides to 39th in CNBC business ranking