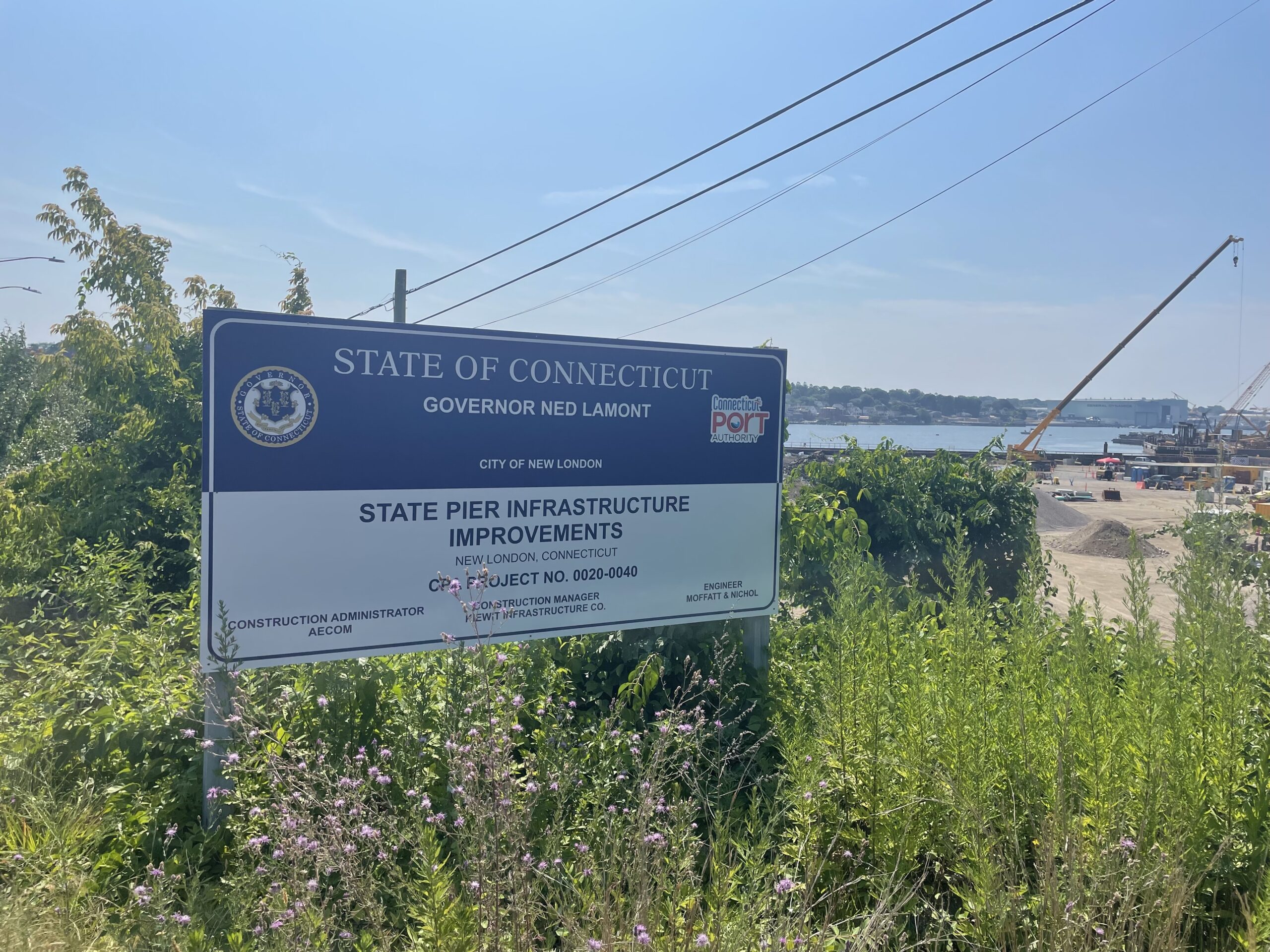 The Connecticut Port Authority (CPA) Board approved a contract change with construction manager Kiewit for the State Pier Project that will add more than $7.4 million in costs, but CPA Board Chairman David Kooris said they are not seeking additional money from the state at this time.

The $255 million project to reform the State Pier into a heavy-lift port and staging area for an offshore wind project has been beset with cost increases since its inception, when the project cost was estimated to be $93 million.

The contract change is due to obstructions and rock formations beneath the ground under the water that is causing problems for pile driving for the State Pier project to achieve the heavy-lift capacity necessary for the wind turbines.

“The most important thing to note is that this does not increase the overall budget of the project from the $255 million we’ve been operating under since July of this year,” Kooris said.

Kooris said the Port Authority will use $2.5 million in contingency funding from the last project amendment, savings from “soft cost line items” that came in less than budgeted and shifting the last five years of lease payments for utilization of the railroad that amounts to roughly $650,000 per year.

Shifting the escrowed lease payments to cover the construction cost increases will be something CPA will have to budget for in fiscal years 2029 through 2034, Kooris said.

Although the budget shifts prevent any need for additional state funding, the complex nature of the State Pier project means that there could be future unknown issues lingering beneath the surface that could result in future cost adjustments.

“I doubt that we could or are in a position to say definitively that we won’t still uncover something else, we’re still not out of the ground,” Kooris said.

Any future difficulties may become a larger financial problem for the Port Authority, according to Kooris, who noted they will be essentially tapped out of funding after making this contract amendment.

“We are working within the context that we all understand, we don’t have access to anymore funds beyond this point,” Kooris said to the board. “We have exhausted our available funds as approved and allocated to us by the state and we are proposing to take a big move in taking on that obligation for those rent payments in the future. We don’t have any other tools like that available to us beyond that.”

Marlin Peterson, from the construction administrator company AECOM, said the $7 million increase is only an estimate at this time.

“It is possible that we would have to come back to the board for an adjustment, but without available funds that’s not possible. If we run into too many obstructions, we may have to look at other potential solutions, but the risk is there for more obstructions than our estimate,” Peterson said.

Peterson also added that they are currently doing soil testing and if the testing comes back “not favorable,” it would require another allowance, but that AECOM is working on developing solutions for that potentiality. “It’s a very fluid situation,” Peterson said.

“Is there risk? Yes, there is. We have the contractor, the terminal operator, the Port Authority, and the engineer are all working toward expected solutions. So, the best we can do is tell you we think we have the right estimates, however mother nature is not always kind, and the fact that the State Pier is complicated.”

Sen. Paul Formica, R-East Lyme, said he appreciates the CPA’s effort to limit putting more state funding into the project, although he said he would like to see the numbers on paper.

“I hope that philosophy continues after Nov. 8th and I have no reason to expect that it won’t,” Formica said. “We have to get to a point where we’re generating revenue with this thing and not incurring escalating expense.”

“I gotta give them credit for trying to hold the line,” Formica said. “They understandably feel the pressure that’s been applied by those of us in the legislature who have been concerned and the public about spending taxpayer dollars.”