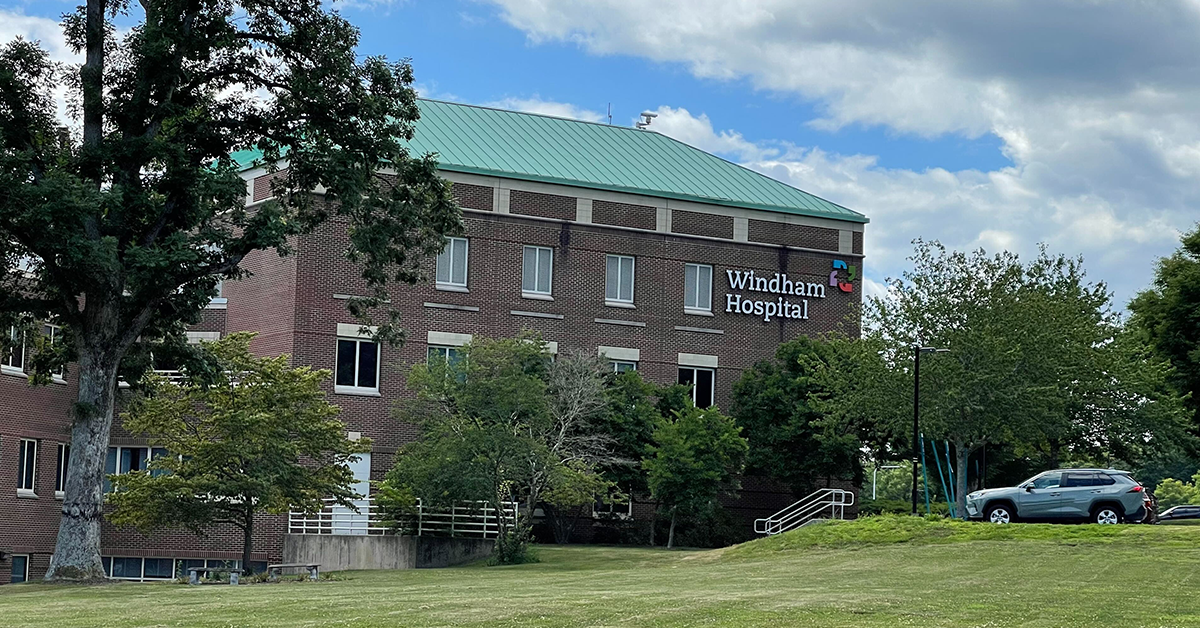 Windham Hospital will not be allowed to close its obstetrics unit, following a ruling from the state’s Office of Health Strategy (OHS). In a proposed final decision released earlier this week, the OHS stated that the hospital had failed to fulfill the burden of proof required for approval.

The hospital initially submitted its application to close the obstetrics unit under a Certificate of Need, claiming that birth rates in the region had fallen so low that it could no longer maintain the necessary staff. According to the hospital, those rates are now averaging about two per week and recruitment challenges have made it “impossible to provide a safe, quality childbirth experience at Windham Hospital due to departures of obstetricians and trained staff.”

Official statistics back up the claim that birth rates in the region have fallen precipitously. As referenced in the proposed decision, the hospital went from more than 100 births in the 2018 fiscal year to 64 just two years later. According to the hospital, those numbers were even higher in previous years (more than 200 in 2015, and nearly 400 as recently as 2012).

In their application, hospital administrators argued that it was difficult to maintain adequate nursing staff, either full-time or hired through agencies, because nurses want to work in busy obstetrics units. Additionally, the hospital was reportedly unable to establish adequate physician coverage through other regional sources. The decision notes that the hospital did not reach out to a few area options, including UConn Health and Day Kimball Hospital, because they did not see the options as long-term solutions.

The proposed decision notes that some of the decline in the number of births performed at the hospital was due to the hospital itself diverting laboring patients to other facilities, rather than patients choosing to deliver elsewhere. In 2020, there were 33 planned diversions from Windham Hospital to another facility. It also notes that there were nearly 500 births that originated in Windham Hospital’s Primary Service Area in 2020, and that birth rates in the area overall have not dropped as greatly as those within the hospital.

The primary argument against closing the Windham Hospital OB unit, though, is one of equity. Noted throughout the planned decision are the demographics of the area in which Windham Hospital operates. Those include a much higher than average percentage of the local population who are racial or ethnic minorities (53% of Windham’s residents are people of color, compared to 37% statewide), as well as a very high percentage of residents who are Medicare or Medicaid recipients (more than 70% of Windham Hospital’s patients, historically, on average).

The OHS decision highlights statistics pointing not only to the United States’ high maternal mortality rate (the highest among high-income countries) but also to the increased risk faced by people of color. Black women are three to four times more likely to die of pregnancy-related causes than people of other races, according to research.

“This is the right decision for the health and safety of mothers and babies in the Windham area,” he said in a statement. “Asking parents to travel another 25-45 minutes to undergo a major medical procedure at a different hospital would have created an additional burden and risk. I thank the Office of Health Strategy for carefully considering these critical factors, and for this draft decision.”

Hospital administrators, however, have and continue to claim the opposite, stating that the hospital’s staffing struggles make it less safe for laboring patients.

“We are deeply disappointed with the Office of Health Strategy’s proposed finding, and especially its failure to take into account the quality and safety issues which were raised under oath by several regional and national clinician experts,” they argued in their own statement. “We are reviewing our legal options, which include the possibility of appealing.”

In the meantime, a hospital spokesperson highlighted changes Windham Hospital has made to other pregnancy services, including pre-natal and post-natal care.

An Emmy and AP award-winning journalist, Tricia has spent more than a decade working in digital and broadcast media. She has covered everything from government corruption to science and space to entertainment and is always looking for new and interesting stories to tell. She believes in the power of journalism to affect change and to change minds and wants to hear from you about the stories you think about being overlooked.
Email Author
More by Author
Twitter
ProtonMail
«Previous Post
Law making prison phone calls free for inmates goes into effect»Next Post
Report: Connecticut ranks among states with best campaign finance laws