Connecticut revenue surpluses continue, but some numbers unchanged since May 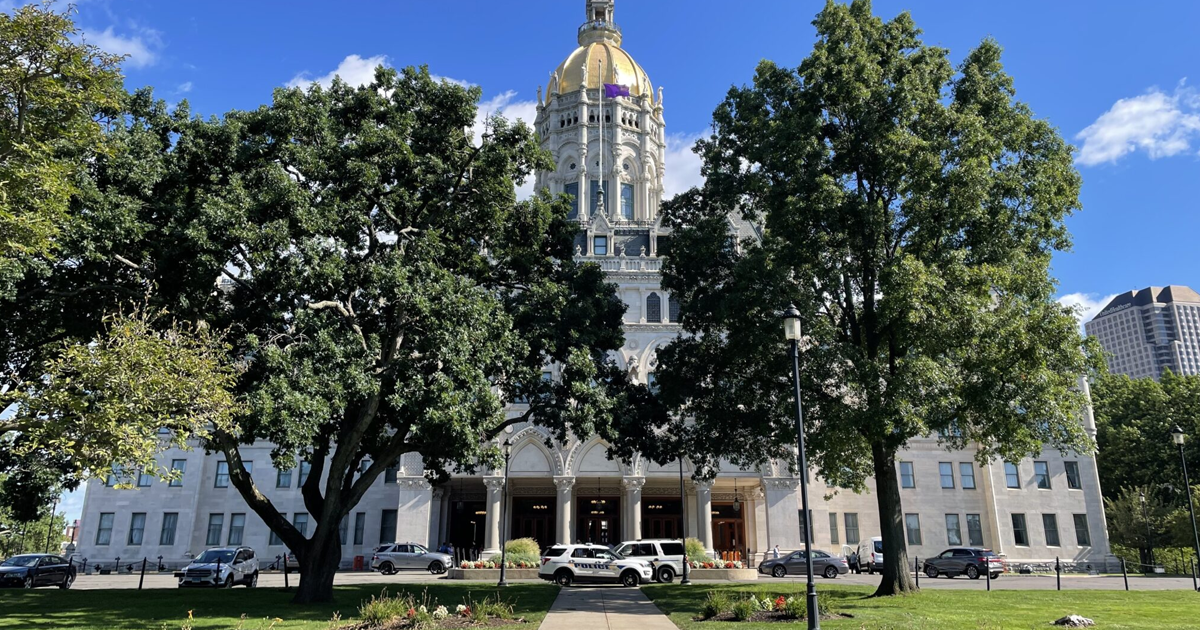 Despite a rollercoaster ride on Wall Street, inflation and recession warnings, Connecticut’s budget picture remains bright, although slightly dimmer, according to the latest consensus revenue estimates from the State Comptroller’s Office and the Office of Fiscal Analysis.

The latest figures show the state anticipates $22.9 billion in General Fund revenue for this fiscal year, roughly $425 million less than projected in the consensus revenue figures from May, but still $570 million more than budgeted, leaving the state with another anticipated surplus.

However, the state has not made any adjustments since May to its three-year projections for Estimates and Finals income tax revenue that typically comes from Wall Street earnings, despite swings on the stock market.

The last quarterly report from the Bureau of Economic Analysis, showed Connecticut had the second largest decrease in economic output in the country, largely based on declines in the finance and insurance industry.

Similarly, estimates for the Pass-through Entity Tax levied on businesses has remained unchanged since May.

Together, those two figures amount to $5.4 billion. Declines to the Estimates and Finals revenue, unless massive, would likely only affect the amount of money going toward Connecticut’s pension paydown through the volatility cap.

Connecticut currently has a maxed-out Rainy Day fund of over $3 billion or 15 percent of the General Fund to weather a recession, and Gov. Ned Lamont, in a statement yesterday, warned that global economic conditions mean Connecticut should remain “vigilant.”

“While this news is certainly encouraging, we must remain vigilant against future economic turmoil,” Lamont said. “I remain concerned that the global economic situation, impacted by geopolitical forces outside the control of Connecticut’s leaders, may affect our future financial position.”

Connecticut’s surplus revenue was a point of contention during the 2022 election cycle with Republican gubernatorial candidate Bob Stefanowski calling for more of the money to be returned to taxpayers to help with inflationary price increases, while Gov. Ned Lamont argued the state should stay the course on maintaining the reserve fund and paying down its pension liabilities.

“Connecticut has put its fiscal house in order, and to ensure the progress we have made continues, I will be proposing as part of my budget next session an extension of the financial guardrails, secured by bond covenants, to maintain our strong financial position,” Lamont said.

Where the money goes: Municipal grants and aid

Marc worked as an investigative reporter for Yankee Institute and was a 2014 Robert Novak Journalism Fellow. He previously worked in the field of mental health is the author of several books and novels, along with numerous freelance reporting jobs and publications. Marc has a Master of Fine Arts degree from Western Connecticut State University.
Email Author
More by Author
Twitter
ProtonMail
«Previous Post
East Windsor’s Scout Hall referendum heading for a recount after close race»Next Post
Inside Oddities: Hunting for UFOs in Connecticut