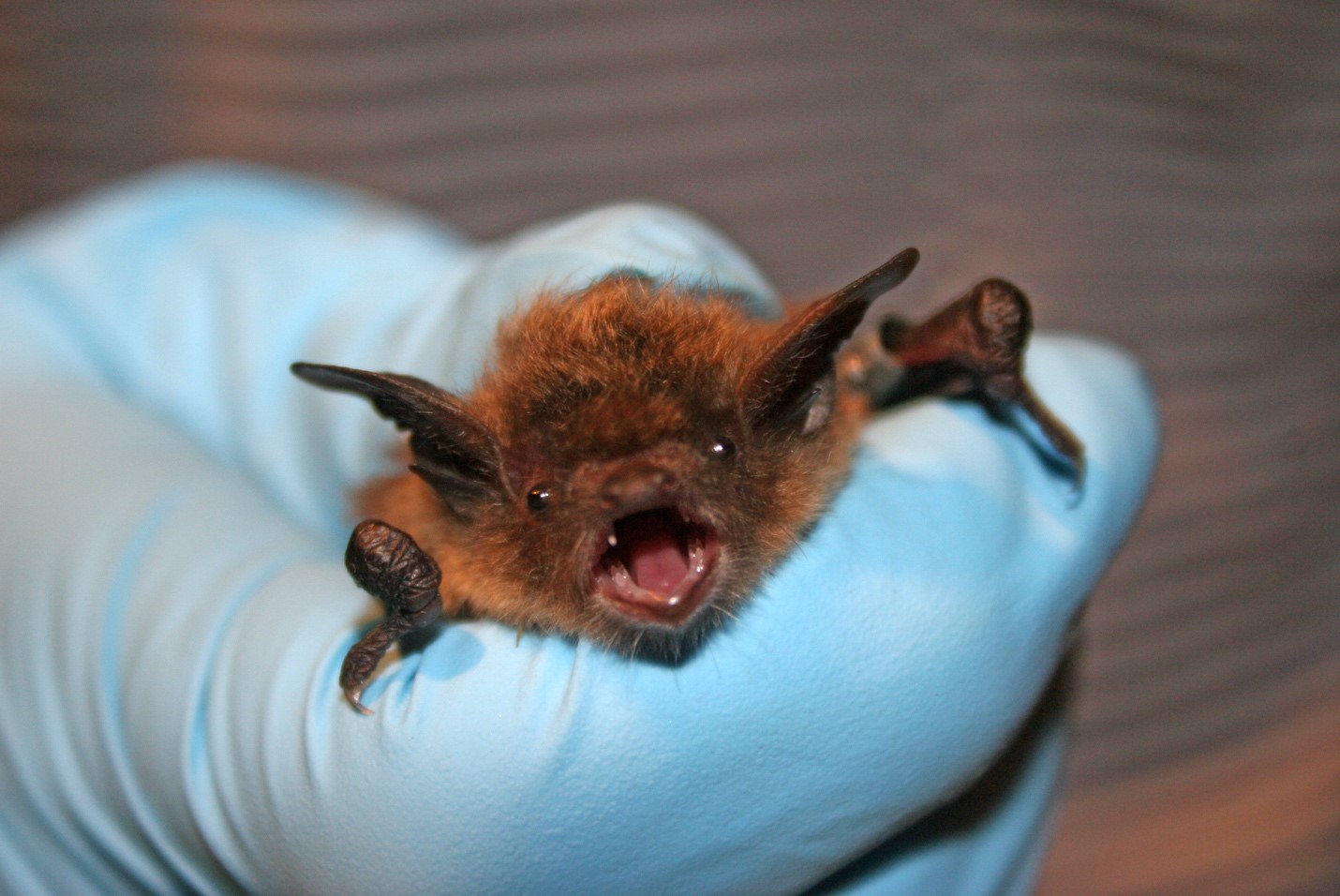 Love them, hate them, or generally ignore them, bats are an important part of the ecosystem and they’ve faced major threats to their survival over the last nearly two decades. But that could be changing, according to researchers here in Connecticut, even if that change is slow.

Devaughn Fraser, a wildlife biologist with the Connecticut Department of Energy and Environmental Protection (DEEP), spends many of her nights keeping track of the state’s population of the nocturnal insectivores. She says that, while the White Nose Syndrome that has plagued populations of several bat species is still a major threat, they’re starting to see evidence of a turn.

“At least in little brown bats, there is some evidence that they’re developing some kind of resistance to white nose,” Fraser explains. “There’s still a lot of research to be done but the fact that there is natural resistance evolving is a good sign.”

White Nose Syndrome causes a fungus to develop on the noses of several cave-roosting species, including little brown bats, northern long-eared bats, and eastern small-footed bats. It causes them to deplete energy stores during their winter hibernation, ultimately killing them. Fraser says that, while they’re still seeing mortality as a result of the disease, they’re not seeing massive die-offs that have been known to kill 90% of a bat colony.

“The trouble with bats is that they’re very slow to reproduce,” she says. “Each female typically only has one pup per year – some species may have two or even three but typically it is one pup per female per year — so it’s gonna take a long time for them to come back to those pre-White Nose levels.”

White Nose Syndrome isn’t the only threat to bat populations. They also face problems from their human neighbors, whether directly or indirectly. For one, bats struggle with the fact that humans tend not to like them very much. Despite the fact that, as far as biologists are able to tell, less than 1% of wild bats carry rabies, they’ve developed a reputation for being disease carriers. Humans often kill bats they encounter out of fear.

Despite all of this, Fraser is hopeful that the bats can make a comeback. And residents of the state can help her team assess local populations by reporting sightings. This is especially useful if you have established roosts on your property. If you have a colony of bats living in a barn or even a bat house, you’re asked to simply go out and count the bats as they leave the roost at night, then send those counts to DEEP.

“Those counts are another way that biologists are able to monitor population changes,” explains Fraser. “So if a colony goes from 150 bats, more or less, for years and years and years and then all of a sudden we see 30 bats, that would raise concerns and we would want to know what is going on.”

But why is it important to ensure the recovery of these nocturnal creatures? Simple: they eat a lot of bugs. In addition to getting rid of things like mosquitoes, which can carry diseases as well as annoy the human population, they also provide pest control that is essential to agriculture. According to studies conducted over the last 10 years, bats provide billions of dollars in economic value through their diets both by limiting damage to food crops and limiting the number of insecticides used by farmers.

“So a world without bats looks a lot more expensive for us as consumers in terms of our food costs,” says Fraser. “And it also looks a lot, I would say less healthy in terms of the amount of chemicals we would have to use to replace the services that bats provide to us for free.”

An Emmy and AP award-winning journalist, Tricia has spent more than a decade working in digital and broadcast media. She has covered everything from government corruption to science and space to entertainment and is always looking for new and interesting stories to tell. She believes in the power of journalism to affect change and to change minds and wants to hear from you about the stories you think about being overlooked.
Email Author
More by Author
Twitter
ProtonMail
«Previous Post
Government and businesses offer differing views of Connecticut jobs report»Next Post
Drop or You Get Nothing: Opioids, the Sacklers and a Congressional Primary Race