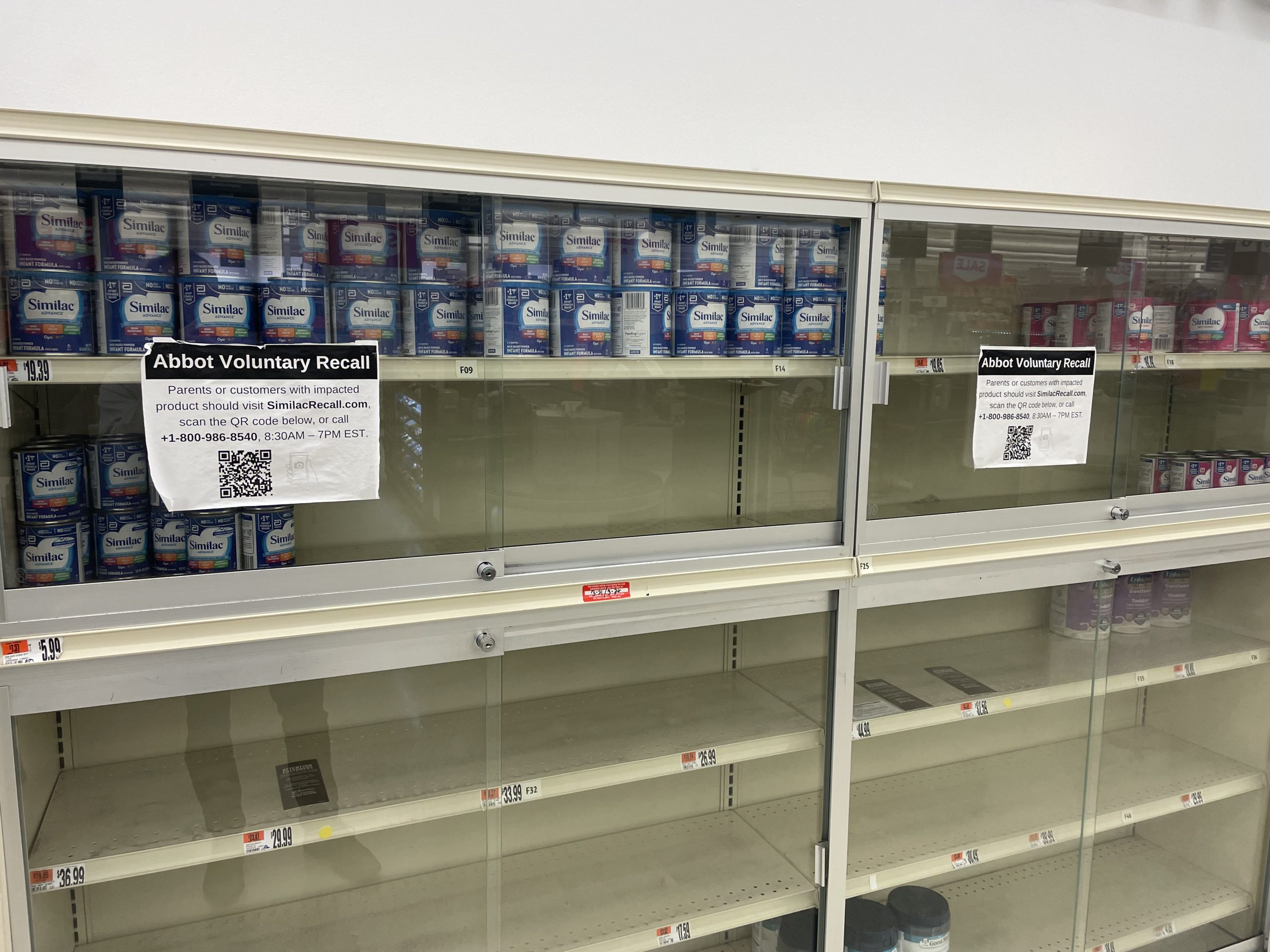 Despite the reopening of a major infant formula factory in Michigan, formula has been slow to reach store shelves in necessary quantities to meet demand, leaving families still struggling to meet their needs.

The Diaper Bank of Connecticut (DBCT), however, has announced a partnership with the Kelsey-Naylor Family Foundation to secure a donation of $110,000 worth of Bellamy Organics infant formula, which the foundation sourced from Australia, and is approved by the U.S. Food & Drug Administration.

“So many Connecticut residents and families with young children already did not have access to formula, because they could not afford it,” said Janet Stolfi Alfano, executive director of the DBCT. “This supply chain issue impacts them even more severely. We saw a need and took action to ensure that families across Connecticut could access formula for their children.”

“The Kelsey-Naylor Family Foundation is very happy to partner with The Diaper Bank of Connecticut and Bellamy’s Organic to help families throughout the state feed their newborns in a true crisis,” said Dave Kelsey, a businessman from Old Lyme. “With this modest donation of $110,000 of Bellamy Organics product and the wonderful distribution efforts of The Diaper Bank, over 800 babies’ formula needs can be served for two months.”

The infant formula shortage peaked in the spring of 2022, when families were scrambling to find formula following a recall of Abbott products and closure of the Abbott factory in Michigan because of contamination issues. Supply-chain backups and federal regulations also limited formula that could be brought in from overseas and some families took to social media to find formula or get it shipped in from other states, particularly for babies who had special dietary restrictions.

“Inflation and the high cost of formula have been barriers for low-income families to afford this essential health item long before the onset of the shortage,” the DBCT wrote. “With the ongoing formula crisis leaving families scrambling, accessing formula has been a detrimental challenge.”

Families receiving support through the Women, Infant and Children (WIC) program, who purchase upwards of 60 percent of baby formula, faced a particularly difficult time when the infant shortage struck, as Connecticut had contracted solely with Abbott for the WIC program in Connecticut, meaning to receive the discounted rate, they had to purchase Abbott products.

However, because of the recall and factory shutdown, Connecticut received a contract waiver allowing WIC consumers to purchase other products, but the supplies were still very low.

In May, Department of Public Health Commissioner Manisha Juthani said her staff was “working closely with local agency staff to help families find retailers that have in stock products in their area, or even switch the participant’s benefits package when needed,” and also encouraged mothers to breast-feed “due to the unprecedented nationwide formula shortage.”

Kelsey said in an email that finding and obtaining the formula was “not rocket science,” and said that he has already made a second order of the same size.

“We are prepared to do more, as well as financially support The Diaper Bank to help people in our state,” Kelsey said. “We hope this inspires others.”

The Diaper Bank works with Connecticut’s social service organizations to help provide diapers and other infant necessities to “Connecticut’s most vulnerable families,” according to their webpage.

Marc worked as an investigative reporter for Yankee Institute and was a 2014 Robert Novak Journalism Fellow. He previously worked in the field of mental health is the author of several books and novels, along with numerous freelance reporting jobs and publications. Marc has a Master of Fine Arts degree from Western Connecticut State University.
Email Author
More by Author
Twitter
ProtonMail
«Previous Post
Inside Oddities: Righting the wrongs of Connecticut’s witch trials»Next Post
Our constituents deserve better