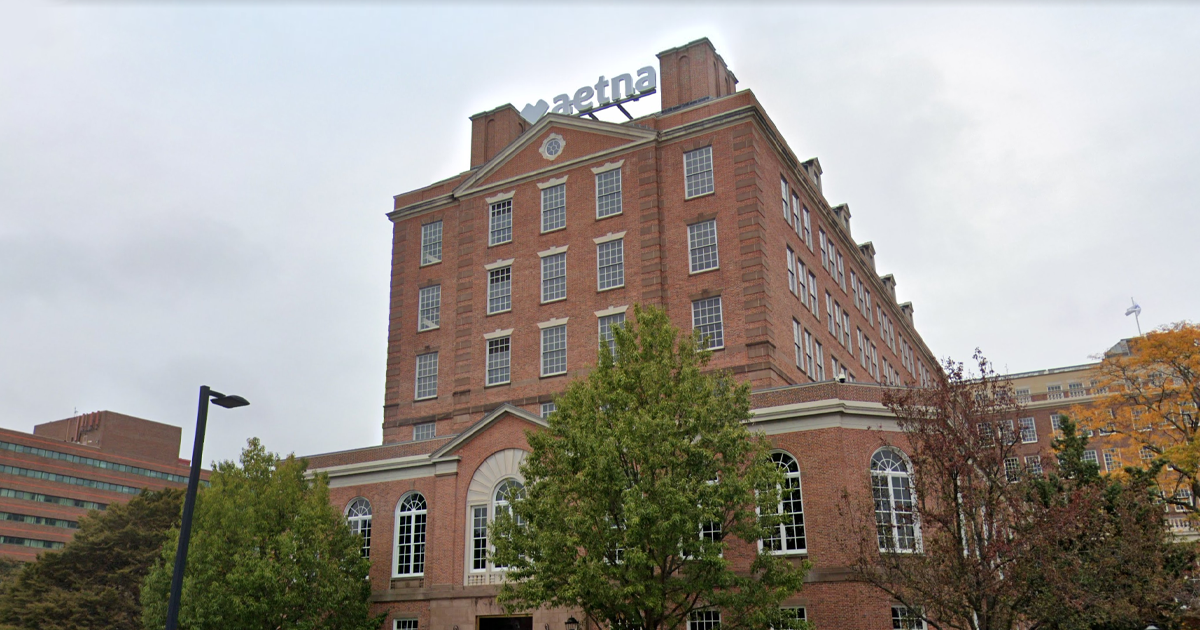 CVS Health Corporation’s four-year commitment to maintain staffing levels at Aetna in Hartford after the two companies merged is set to expire shortly, according to CVS’s commitment letter signed on October 3, 2018, and the subsequent closing date of the merger.

According to the commitment letter signed by Thomas Moriarty, executive vice president and general counsel for CVS, “Employee levels for Aetna, Inc. and its subsidiaries in Connecticut will remain approximately 5,291, the staffing levels in Connecticut on October 1, 2018, for at least the next four years effective post-closing.”

Completion of the merger was announced in late November of 2018, with CVS CEO Larry J. Merlo saying it “marks the start of a new day in health care and a transformative moment for our company and our industry.”

The commitment letter also says that CVS will maintain Aetna’s headquarters in Connecticut for at least ten years. Former Gov. Dannel Malloy praised the commitment from CVS, saying in a press release saying he was “thrilled that the capital city will remain the company’s home for the foreseeable future.”

“Today’s news is yet another positive step for Hartford and the capital region, coming on the heels of several major jobs announcements in the past year,” Malloy said. “I am confident that the city will continue to emerge as a hub for business, and Aetna’s continued presence is the economic backbone for long-term success.”

The commitment letter was signed in 2018 as part of CVS’s efforts to get approval from the Connecticut Insurance Department for merger. At the time, there were fears that CVS’s acquisition of Aetna could decrease staffing levels or potentially move Aetna’s headquarters out of state.

The proposed shift in headquarters came a year after General Electric left their headquarters in Fairfield and moved to Boston, and during a period when Connecticut was suffering from continuing budget crises, tax increases and a flat economy.

CVS’s acquisition of Aetna and its subsequent commitment to maintain the insurance giant’s headquarters in Hartford, as well as maintain staffing levels and the company’s pledge to donate additional funds to the City of Hartford, left everyone in Connecticut breathing a sigh of relief.

Despite the pledge, CVS did announce some layoffs at Aetna in 2020. The number of layoffs were unknown, but the company did not have to file notice with the Connecticut Department of Labor, meaning it did not amount to a “mass layoff” of more than 500 workers.

Marc worked as an investigative reporter for Yankee Institute and was a 2014 Robert Novak Journalism Fellow. He previously worked in the field of mental health is the author of several books and novels, along with numerous freelance reporting jobs and publications. Marc has a Master of Fine Arts degree from Western Connecticut State University.
Email Author
More by Author
Twitter
ProtonMail
«Previous Post
Clean slate: Connecticut’s new path to automatic pardons»Next Post
Oil spill lawsuit against State denied by Claims Commissioner