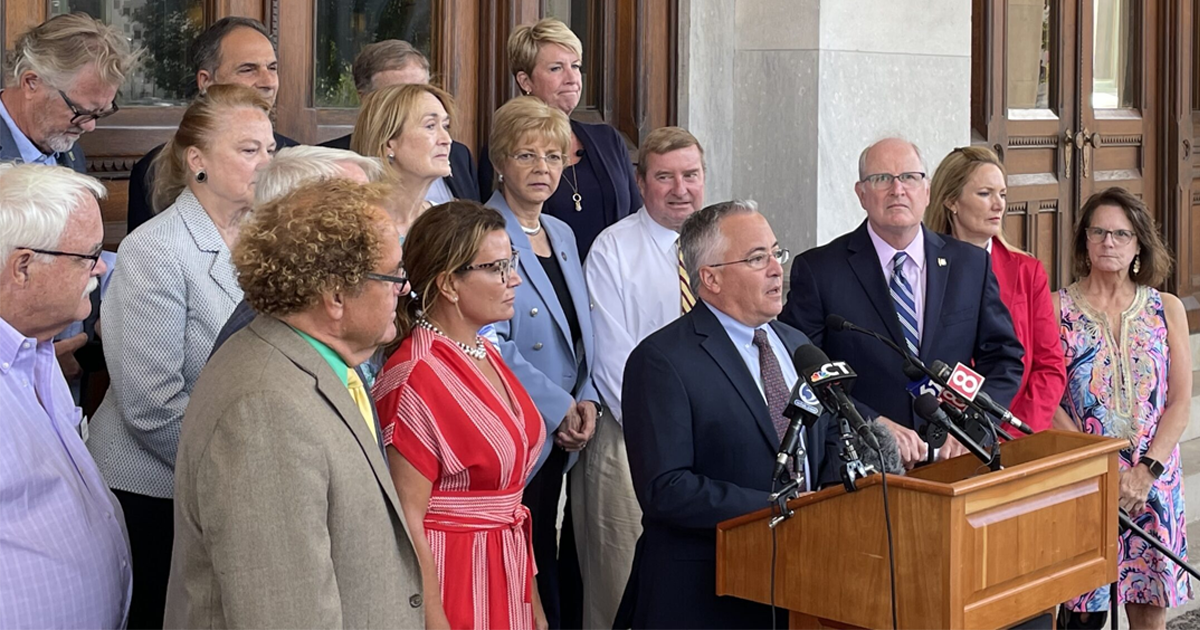 House and Senate Republicans on Thursday called for a special session to increase the funding for home heating oil assistance, which offers home heating fuel and other energy assistance for low-income households through the federal government’s Low Income Home Energy Assistance Program (LIHEAP).

The LIHEAP allocation to Connecticut this year is currently tied up in Washington and analysts expect that it will be funded through a continuing resolution that will ultimately lower the size of the grant Connecticut receives from previous levels, even as demand for the program increases amidst high home heating oil prices.

Republican House Leader Vincent Candelora, R-North Branford, said Republicans proposed adding $112 million to the LIHEAP allocation and expanding access during a meeting with the Appropriations, Human Services and Energy Committees on Monday, but the plan was rejected by majority Democrats in favor of a wait and see approach.

“For the governor and the Democrats to suggest that we should take a wait and see attitude and put people into crisis is a dereliction of their responsibility to meet the needs of the public,” Candelora said. “Residents aren’t filling their tanks in the summertime like they normally do because they already can’t afford the oil prices that are already upon us.”

“This year, right now, we have the ability to solve what will be a crisis for seniors, middle, working and low-income families in Connecticut,” said Senate Republican Leader Kevin Kelly. “We know we have a 40-year high in inflation, which means there’s going to be more need because in the current Connecticut economy, people are having trouble balancing their kitchen-table economics.”

Republicans are proposing to cut a line-item in the budget for CTInvest, which they call a “slush fund” for the Department of Economic and Community Development because it was never appropriated or designated for a particular use. “We think that money, which is federal ARPA money, should be used to support the LIHEAP program,” Candelora said.

According to the Office of Fiscal Analysis, Connecticut will likely receive $73.3 million from the federal government for a total of $79.2 million, down roughly $50 million from its pandemic high and $9 million lower than in even 2018.

On Wednesday, Gov. Ned Lamont announced that applications for the Connecticut Energy Assistance Program (CEAP) were open for the 2022/2023 year, allowing families of four making up to $76,400 per year to access $400 in home heating fuel assistance, although some families can qualify for more assistance depending on need.

During a press conference, Gov. Ned Lamont said the price of natural gas and heating oil may “shoot up” during the winter months due to the war in Ukraine.

Lamont said the current funding through LIHEAP is roughly on par with years prior to the pandemic and said the Republican plan was “premature,” when questioned by reporters. Lamont said that if the federal government doesn’t increase funding, “we’ll have the legislature back in session in early January and that’s something we’ll be able to address as well.”

Republicans, however, said it is not enough to wait on the federal government and until people are struggling in the middle of winter.

“That’s too late. You’re banking on the weather staying warm into January,” Candelora said, adding that the program is already “over-subscribed” and people are dealing with high oil prices and inflation.

Marc worked as an investigative reporter for Yankee Institute and was a 2014 Robert Novak Journalism Fellow. He previously worked in the field of mental health is the author of several books and novels, along with numerous freelance reporting jobs and publications. Marc has a Master of Fine Arts degree from Western Connecticut State University.
Email Author
More by Author
Twitter
ProtonMail
«Previous Post
Hartford ambulance completes two-month journey to Ukraine»Next Post
Do you feel safe, Connecticut?