West Haven taxpayers could be on the hook for stolen funds 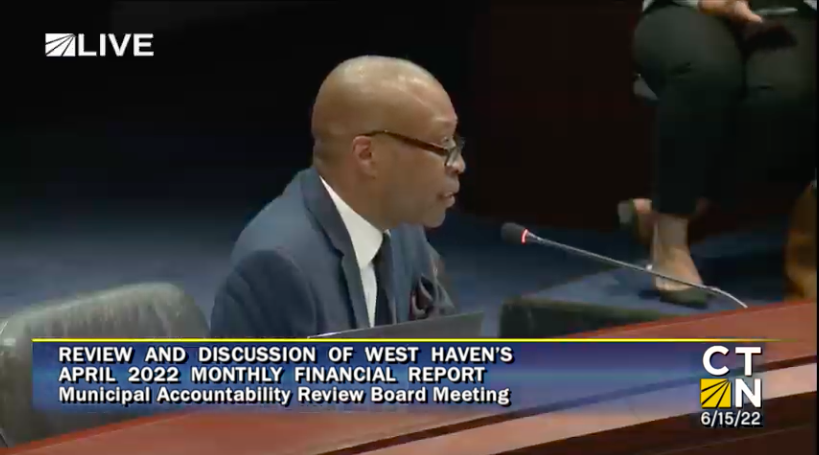 West Haven’s taxpayers may find themselves on the hook for at least some of the $1.2 million in COVID-relief funds allegedly stolen by former State Representative Michael DiMassa and other city employees, according to an exchange between Municipal Accountability Review Board members and West Haven’s Finance Director Scott Jackson.

The city has created a special fund in their 2023 budget to house $1 million for COVID relief funds still retained by the city and Jackson said those funds will be used for their intended purpose, but members questioned how the West Haven will pay for the alleged theft.

“You will have a bill due for what happened,” said Jeffrey Beckham of the Office of Policy and Management. “You think you have enough federal money leftover in your special fund to cover part of it and you’ve budgeted in your General Fund another $500K to get the balance.”

Jackson said it was the city’s intention to use federal dollars in the special fund for their intended purpose, “to help individuals, residents and businesses,” to which Beckham said, “At long last, I hope that’s true.”

“You can’t use COVID funds for embezzlement,” said Robert White of the MARB, noting that the alleged theft was more than the $500,000 contingency fund.

Jackson said that DiMassa’s case has yet to be adjudicated and that, if found guilty, DiMassa and others will likely be forced to make some restitution, although their ability to pay the restitution is unknown. Former city employee John Bernardo has already plead guilty to conspiracy to commit wire fraud but has not yet been sentenced.

The back and forth of COVID relief funds between the city’s General Fund and the special fund and which funds could be used to pay back the money allegedly stolen by DiMassa and others appeared to cause some confusion and consternation among MARB members.

The COVID relief funds allocated under the CARES Act was originally deposited into the city’s General Fund, according to a forensic audit conducted by CohnReznick, but the city has now moved to separate federal dollars into a special fund.

The $500,000 COVID contingency fund paid for with taxpayer dollars, however, may be far less that would be required if the findings of the forensic audit are accurate. The audit found the city misspent nearly $900,000 in COVID dollars, not including the alleged theft.

Beckham suggest that the city provide MARB with more documentation of all special funds and their intended purposes at the next meeting. “It sounds like we didn’t get a full picture until today,” Beckham said.

“We’re going to be monitoring this city every month going forward, probably for longer than any of us want to,” Beckham said. “It sounds like we know the federal government will be wanting their money back if you didn’t spend it on CRF approved uses. That will be a deficit for the city, and we’ll see how they make that up and whether they can get it back from the perpetrator. If not, that’s something we’ll all grapple with.”